"[The robot] is many things but it cannot replace a human," said Nir Sela. 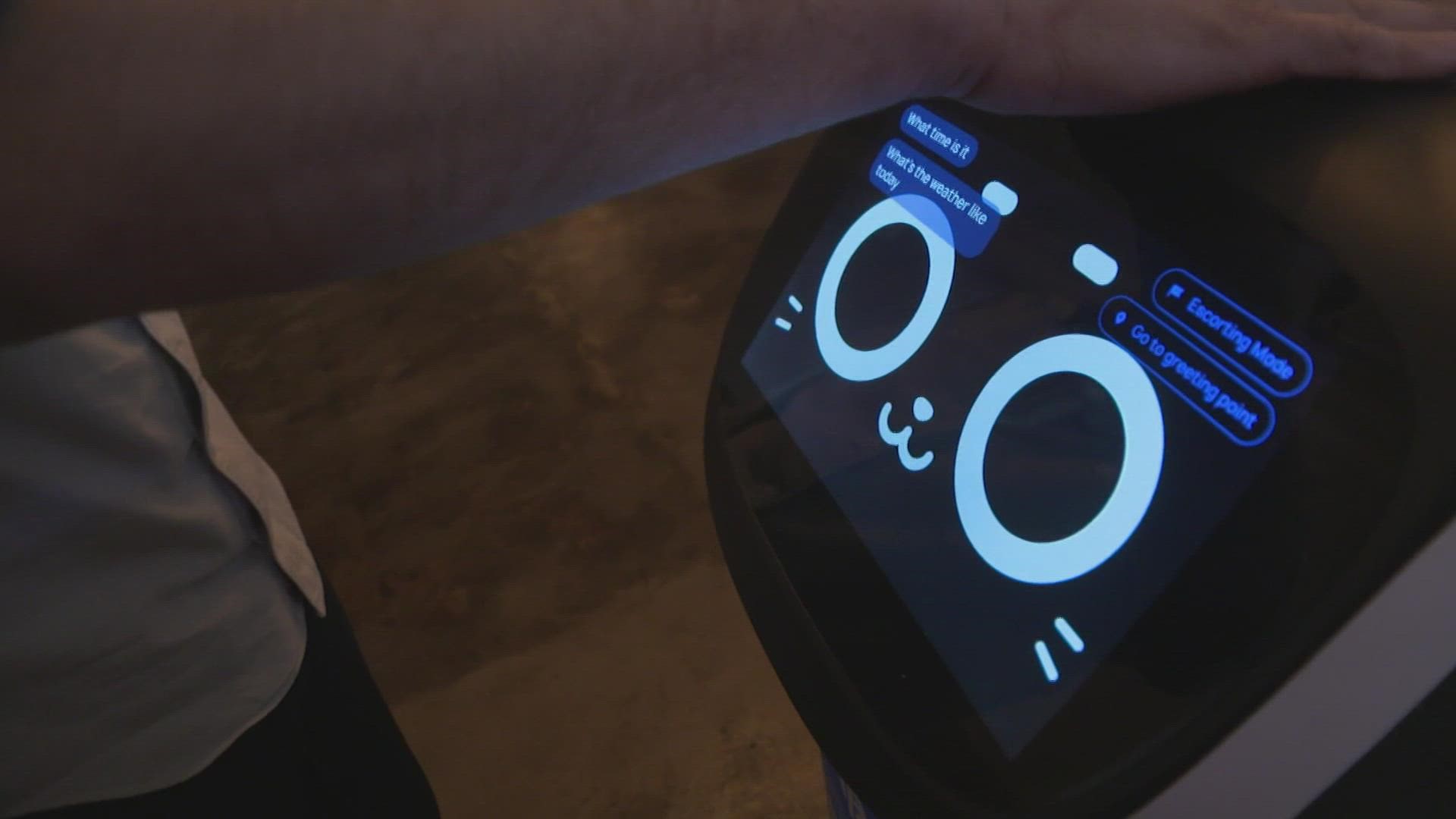 MCKINNEY, Texas — Nir Sela has always been interested in trying something new and creative. He told WFAA his background is in the technology sector. As the owner of Layered, a breakfast and lunch restaurant, and Room One-Eleven, a speakeasy bar, he's managed to merge the two worlds.

Sela purchased an autonomous delivery robot called Bellabot. Sela and his employees have yet to name the robot but have encouraged patrons to put in requests for names.

"No accidents so far, no spillage, and no breakage," said Sela.

The robot host can also deliver food and drinks on its four trays. Sela has it mapped for his restaurant so it can maneuver with ease, avoiding obstacles with built-in sensors.

"It's many things, but it cannot replace a human," he said.

Humans are hard to come by these days in a pandemic. The worker shortage has really hurt the service industry.

"Maybe five applied in the last three months. A lot of people left the industry during COVID and decided not to return to it," said Sela.

Frank, a bartender for Room One-Eleven, says his coworkers are a tight-knit group and have noticed a difference in their workloads in the present worker shortage.

"Everybody got comfortable with their at-home jobs," said Frank.

Sela says this robot is certainly not the answer but in times like this can be of help. The owner says he currently has four positions to fill and is hoping to fill them soon. He says other business owners on the McKinney Square have had similar issues trying to find employees to work.

Sela says he has even increased his wages to between $22-$24 to attract workers.

The Bellabot is the first thing to meet you as you enter the restaurant. It can greet and tell a joke, it can also take you to an empty table. Again, Sela would much rather prefer humans. The robot is as entertaining as it is useful.