Smith is in search of servers and cooks. He put out a help wanted sign months ago and says he can count the number of applications he's received on one hand. 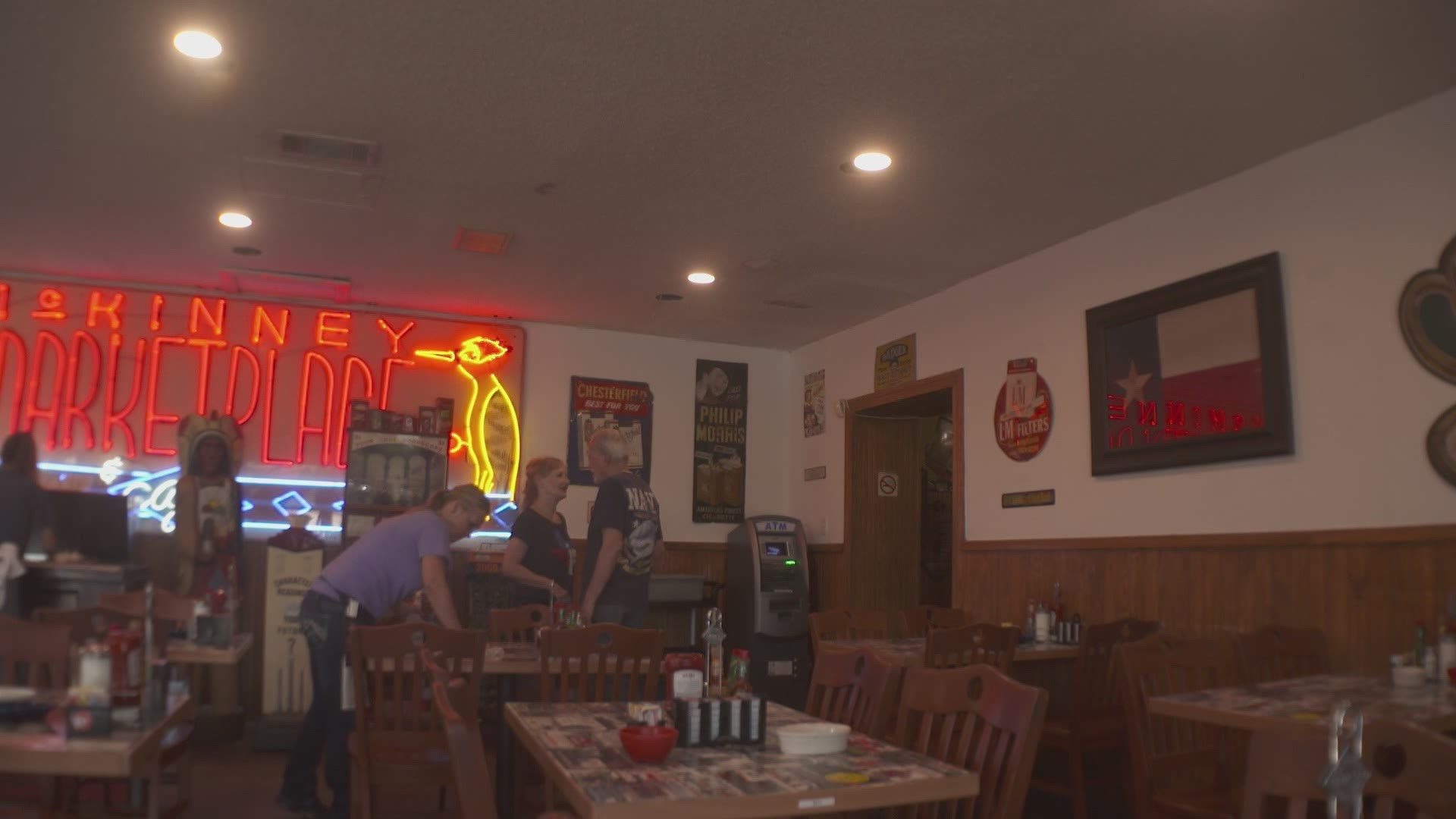 MCKINNEY, Texas — As you enter Bill Smith's Cafe in McKinney, it quickly becomes apparent the establishment has been a staple in the city dating back to 1956. There are billboards and product signs littered throughout the cafe dating back all the way to the 1940s.

Bill Smith can talk for days about old signage and how he once earned hundreds of thousands of dollars from a collection he put up for auction. But there is one sign he does not talk much about and it sits right in front of his establishment -- a help wanted sign.

"That one out front? Oh I don't like that one," said Smith.

Smith is badly in search of servers and cooks. He put the sign out front three months ago and said he can count the number of applications he's received on his hand.

"We've been real busy, too bad we can't keep no employees," said one server.

Bill's cafe is one of many restaurants facing current labor shortages. Smith is very open and confident about why he feels the shortage is happening.

"They're drawing unemployment. You just can't hire anybody," he said.

RELATED: These places in North Texas are hiring right now. Here's how to apply

Smith is partially correct, but that's not the full story behind the recent phenomenon.

The shortages are really hurting service and blue collar industries.

The National Restaurant Association has reported the food and drink industry shed 2.5 million jobs in 2020. Federal data show nearly 1.4 million job openings in the restaurant and hotel sector in April, according to an ABC report.

"There are more jobs being advertised today than there are people looking for work," said Bernard Weinstein, an economist.

Weinstein said the combination of an aging retiring workforce, visa restrictions for foreign workers, and a segment of the workforce still concerned with COVID makes for a very tight labor market.

But Weinstein would also agree with Smith that there is a segment of the population who is willing to wait until stimulus and unemployment payouts run out.

"Shortages aren't good for managers or owners but it's good for workers," said Bernstein.

Bernstein said workers can benefit in a tight labor market because they can command a larger wage. Smith told WFAA he even tried closing Tuesdays just to give his weary workers a break. That lasted two weeks because Smith said the regulars threw a fit.

"I want some help here...so I can go fishing," said Smith.

RELATED: These airlines and aviation companies are hiring in North Texas