Arlington police: Missing 19-year-old may be in danger, car found under suspicious circumstances

Anyone with any information is asked to call 911 or, if they wish to remain anonymous, Tarrant County Crime Stoppers at 817-469-8477. 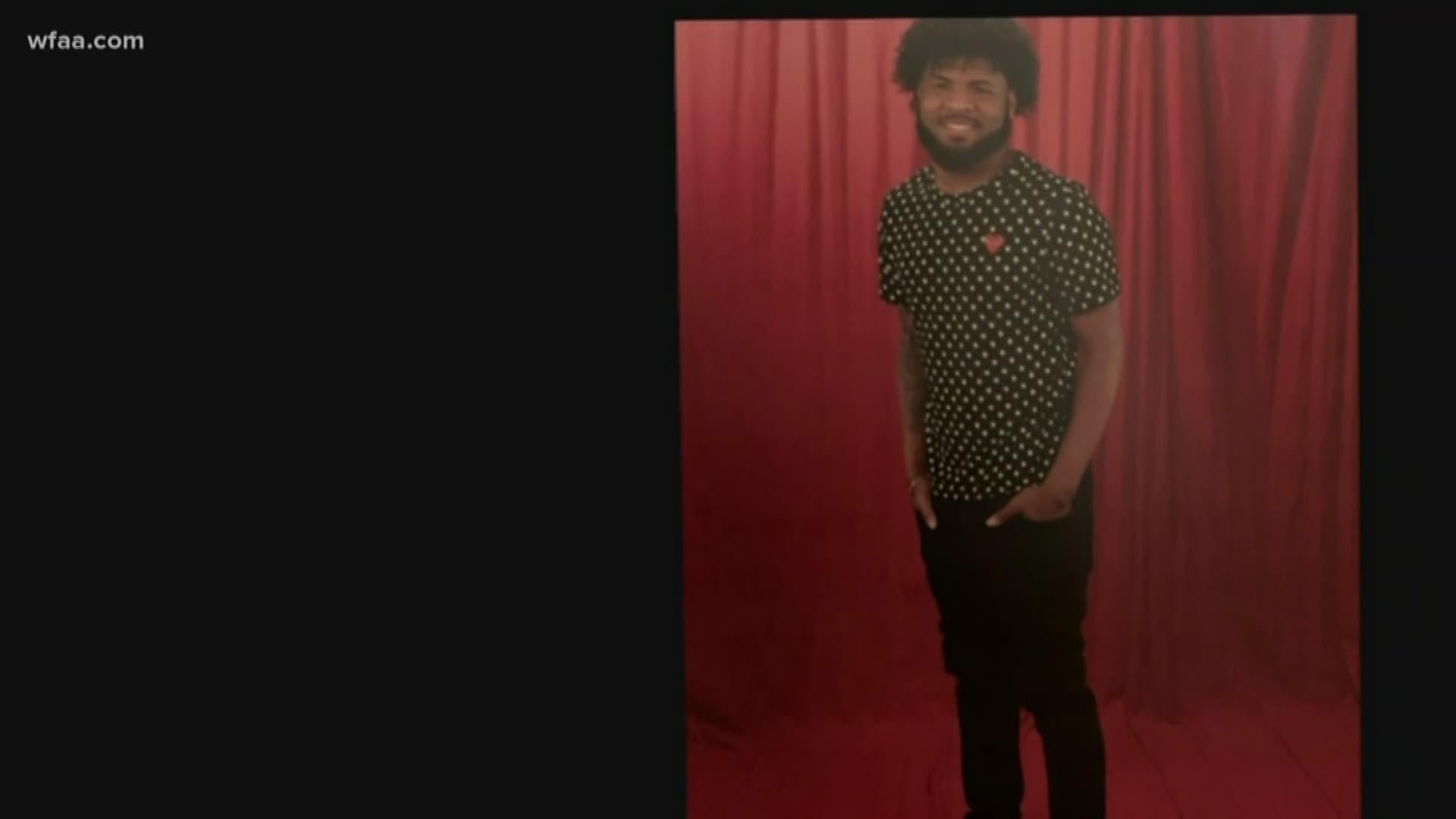 Updated at 9:05 with quotes from the family.

An Arlington man missing since Tuesday may be in danger, according to police officials.

Evan Lacey, 19, was last seen Tuesday morning as he was leaving his home in Arlington to go to his job in Grand Prairie.

“He was on his way out and I kissed him, ‘Have a good day baby,’” said Precious Lacey, Evan Lacey's mother.

His family reported him missing to police on Thursday morning. Lacey was driving a blue 2006 Dodge Magnum at the time, Arlington police said.

Fort Worth police officers then found the car on Saturday under what Arlington police described as suspicious circumstances on the 4200 block of South Hughes Avenue in Fort Worth.

Based on how the car was found, Arlington police officials said they believe Lacey could be in danger and are asking for the public's help to find him.

Sunday afternoon, dozens of people were in that Fort Worth neighborhood searching for the young man.

“I am afraid that he is in danger just by the mere fact that we live in Arlington and this is Fort Worth, and we haven’t heard from my son in days,” said Van Lacey, Evan Lacey's father.

The two departments said they are working together to figure out what happened.

Lacey is about 6 feet tall, weighs about 180 to 200 pounds and has black hair and brown eyes. He was last seen wearing a red jacket and gray sweatpants at his home on the 1500 block of Wolf Creek Drive, according to Arlington police.

Anyone with any information is asked to call 911 or, if they wish to remain anonymous, Tarrant County Crime Stoppers at 817-469-8477. Diane Brown with Arlington police is the lead investigator and can be reached at 817-459-5316.