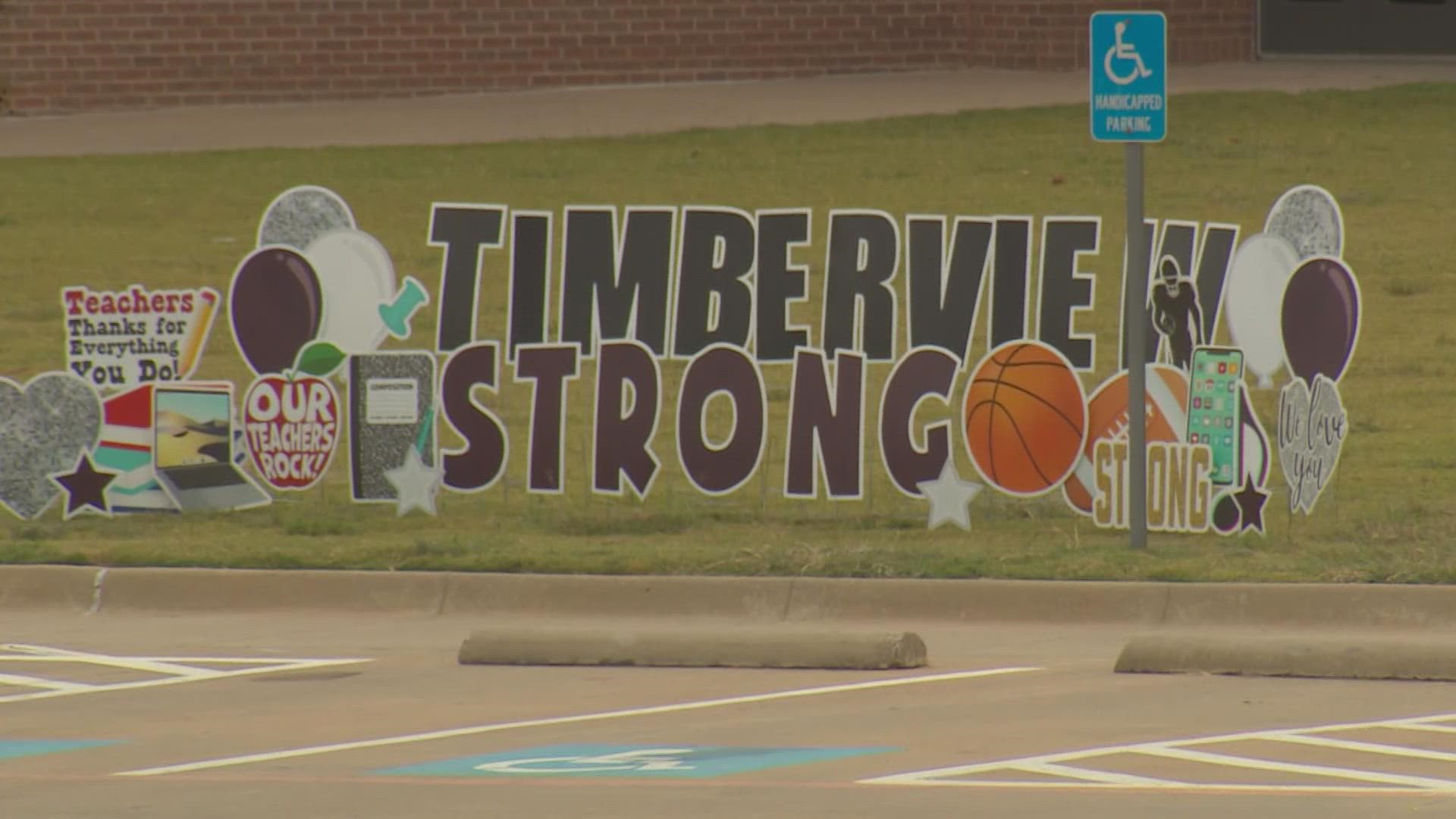 ARLINGTON, Texas — The fourth victim of a school shooting at Timberview High School in Mansfield ISD has been released from the hospital, police told WFAA Wednesday.

The shooting happened on Oct. 6 after an alleged fight broke out between 18-year-old Timothy George Simpkins and Selby. Police say Simpkins allegedly pulled out a gun and shot Selby. Selby's family told WFAA that he was shot four times.

The other victims included a 25-year-old English teacher Calvein Pettit, who has since been released from the hospital, and two others who were treated the same day of the shooting.

The suspect, Simpkins, was arrested hours after the shooting and faced multiple charges of aggravated assault with a gun. He has been released on bond which included several conditions.

Police said officers responded about 9:15 a.m. to reports of shots fired inside a second-floor classroom of high school off S. Watson Road.

Simpkins' family claims the fight stemmed from bullying. Police said the bullying allegations are part of the investigation, as well as video of an alleged fight between Selby and Simpkins.