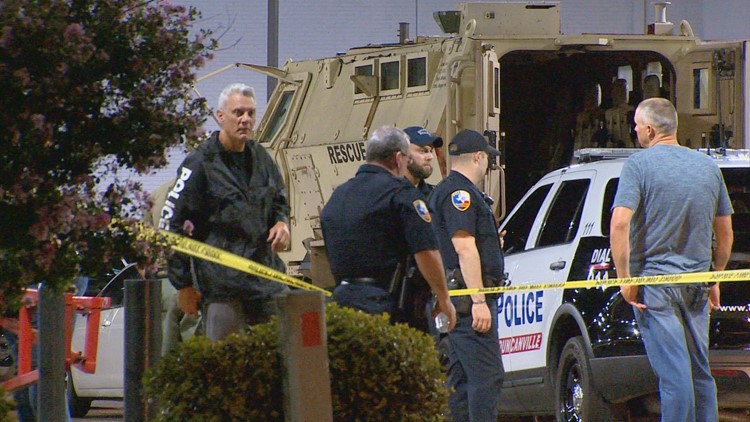 Officials are investigating after a man shot himself during a traffic stop Monday night.

Duncanville police stopped a vehicle for a traffic violation around 9:30 p.m. Monday near a parking lot of a car dealership on Cockrell Hill Road and Camp Wisdom Road, according to Dallas County Sheriff's Department.

Officials said they deployed a drone to approach the vehicle. SWAT then used a distraction device and found the driver dead from an apparent self-inflicted gunshot wound.