Inside Texas Politics: Dallas Commissioners to vote on tax relief for tornado victims

Commissioner J.J. Koch, is behind the idea. But the question is, will other larger taxing entities like Dallas ISD adopt similar measures to help victims? 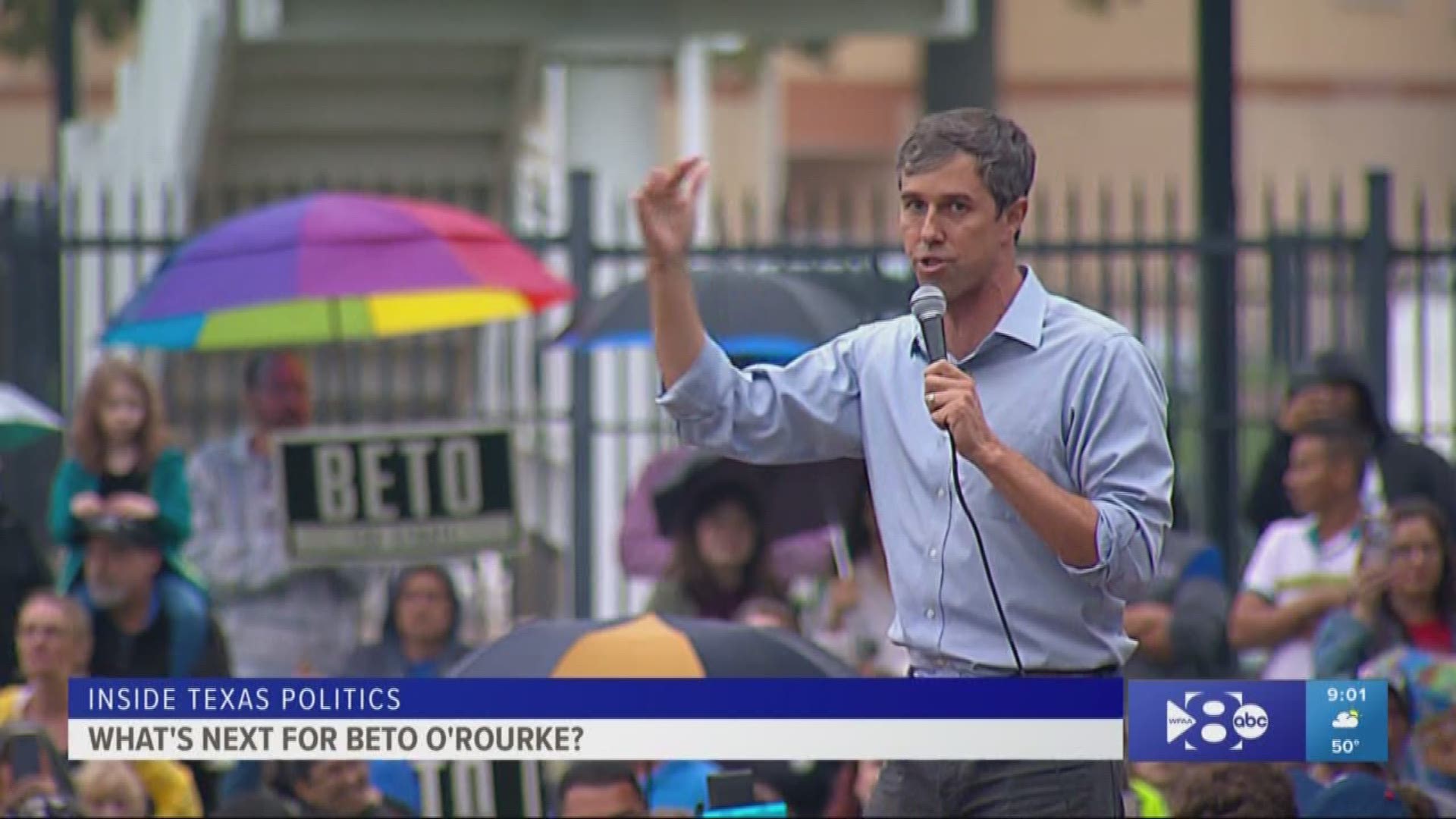 DALLAS — Dallas County Commissioners will take up an order at their Tuesday meeting to have tornado destroyed properties reappraised. If passed, the measure would likely bring some property tax relief to victims of last month's twisters. 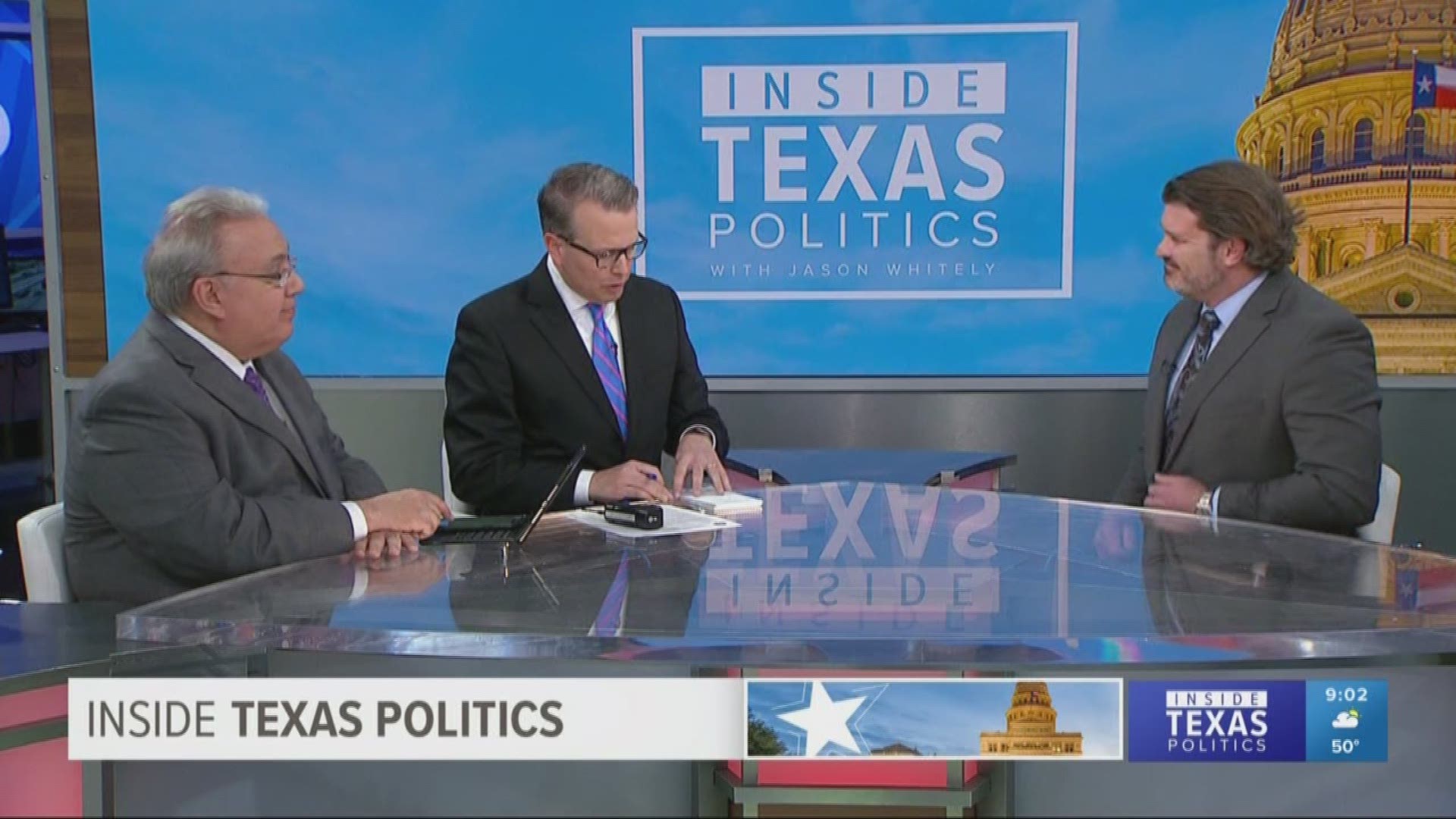 Dallas County Commissioner J.J. Koch represents District 2. His district suffered a lot of the tornado damage, and he is behind the measure. But the question is will other larger taxing entities like Dallas ISD and the City of Dallas adopt similar measures? Koch joined host Jason Whitely and Bud Kennedy from the Fort Worth Star-Telegram. 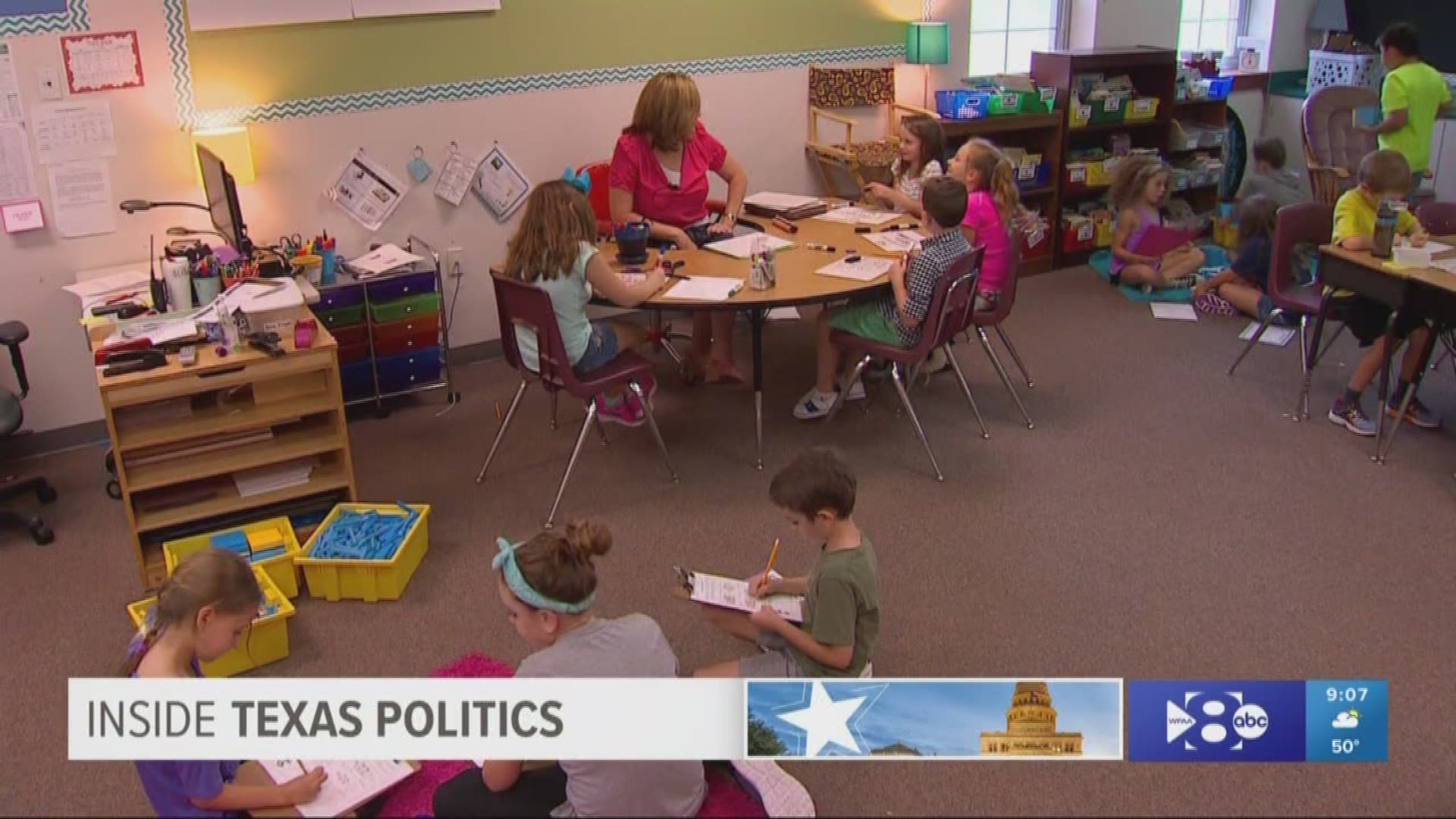 The public school system in Houston is in a political mess. The Texas Education Agency has now recommended taking it over and replacing the Houston board, something the state has never done on such a large scale. But Houston ISD got a B in the latest state ratings and argues it's a victim of the state. Ross Ramsey, co-founder and executive editor of the Texas Tribune, discussed the politics at play in this situation. 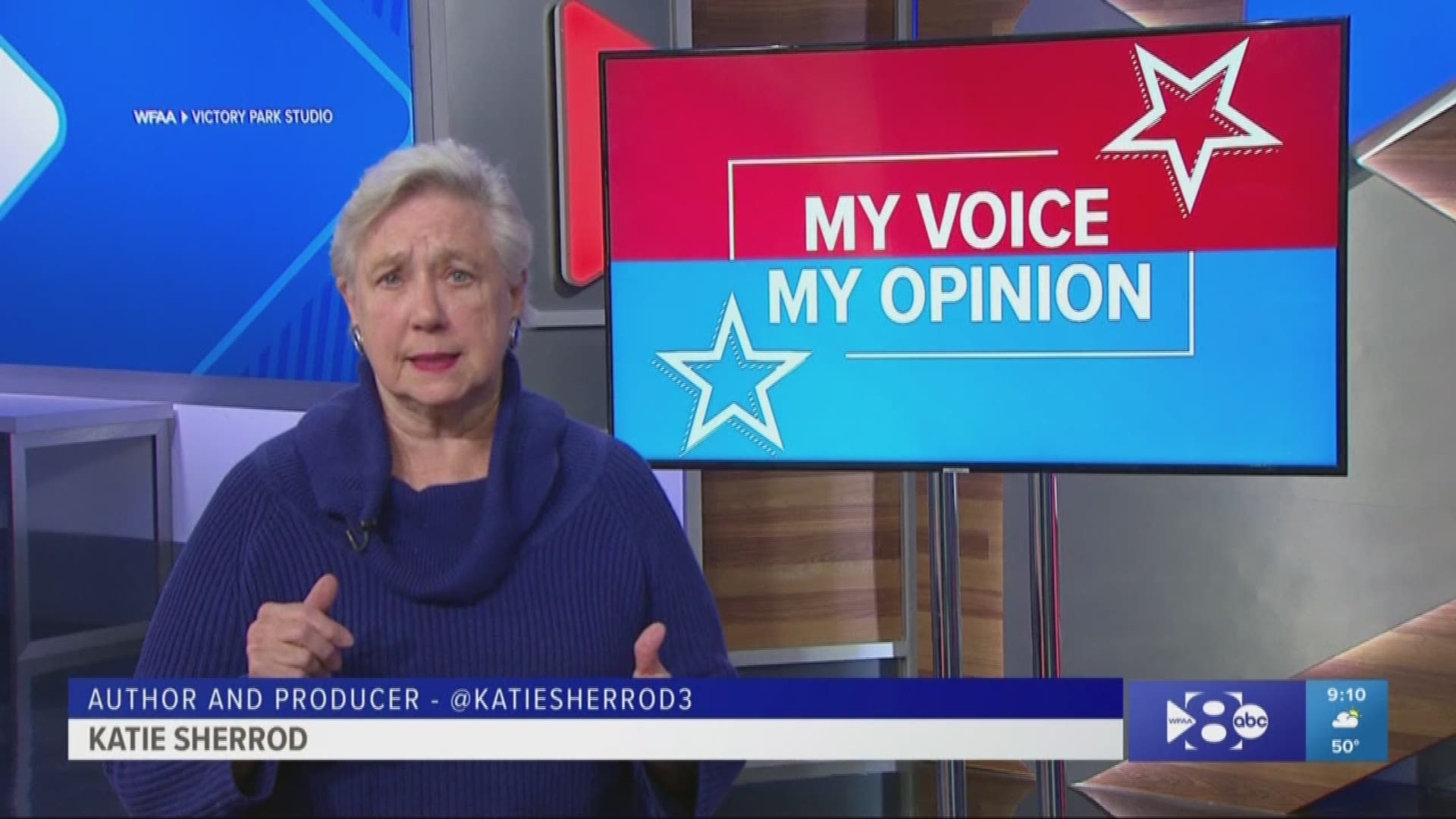 A bitter custody battle in Dallas has created an outcry among conservatives. A local mother says her son identifies as a girl and as a parent she's supporting that. But the father says his child is being manipulated. Author and producer Katie Sherrod has something to say about it in My Voice, My Opinion. 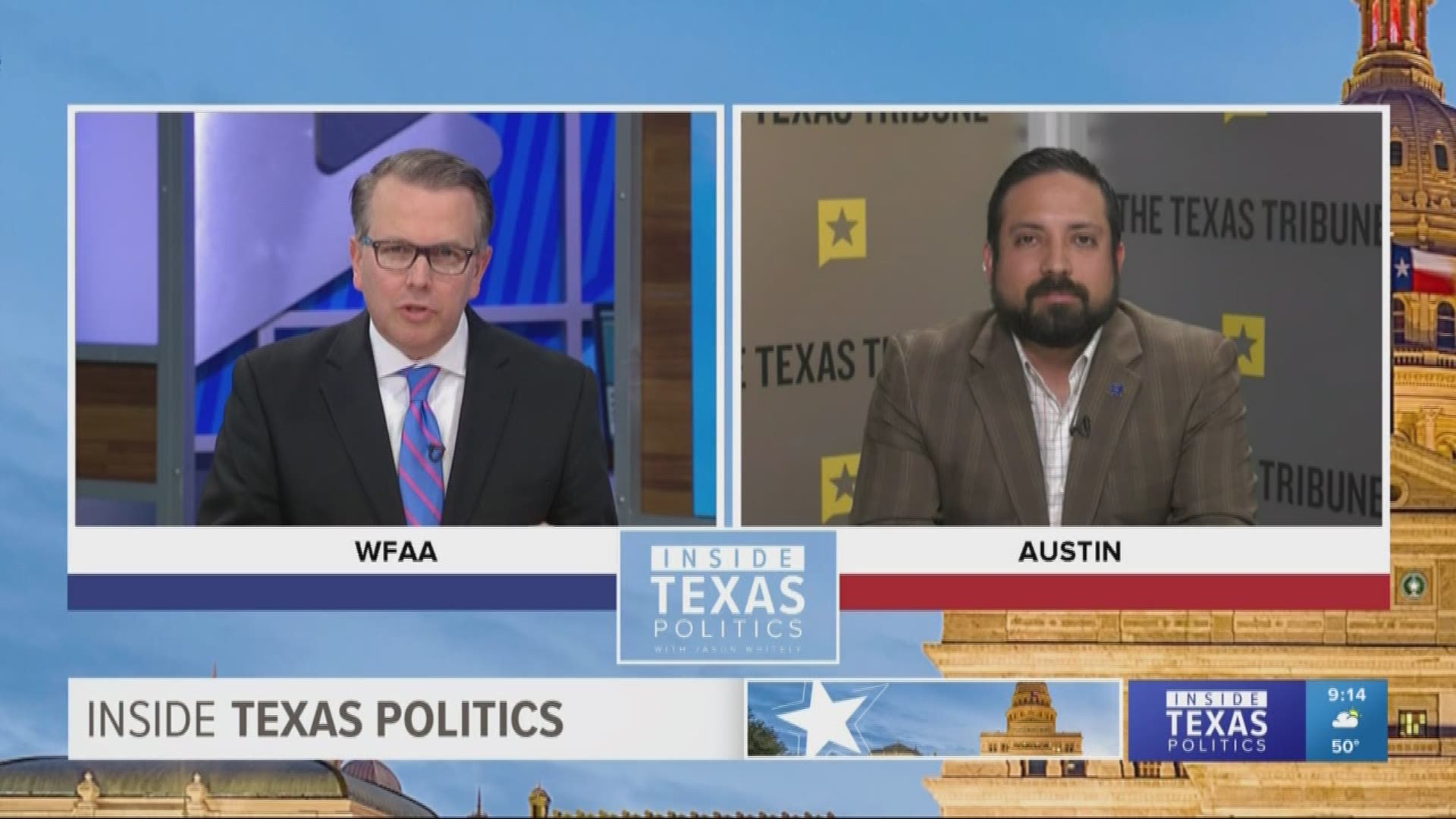 Texas Democrats are suing to block a new state law. Their complaint centers on "temporary" early voting locations in Texas. These are voting booths that are generally set up for a couple days at colleges or nursing homes. The new law, which went into effect on September 1, essentially says once mobile booths are set-up anywhere, they cannot be moved to a new location as long as early voting is underway. Democrats argue the new law will restrict votes in areas that have seen some of the biggest increases in turnout. Manny Garcia, the executive director of the Texas Democratic Party, joined host Jason Whitely to discuss what Democrats say is at stake. 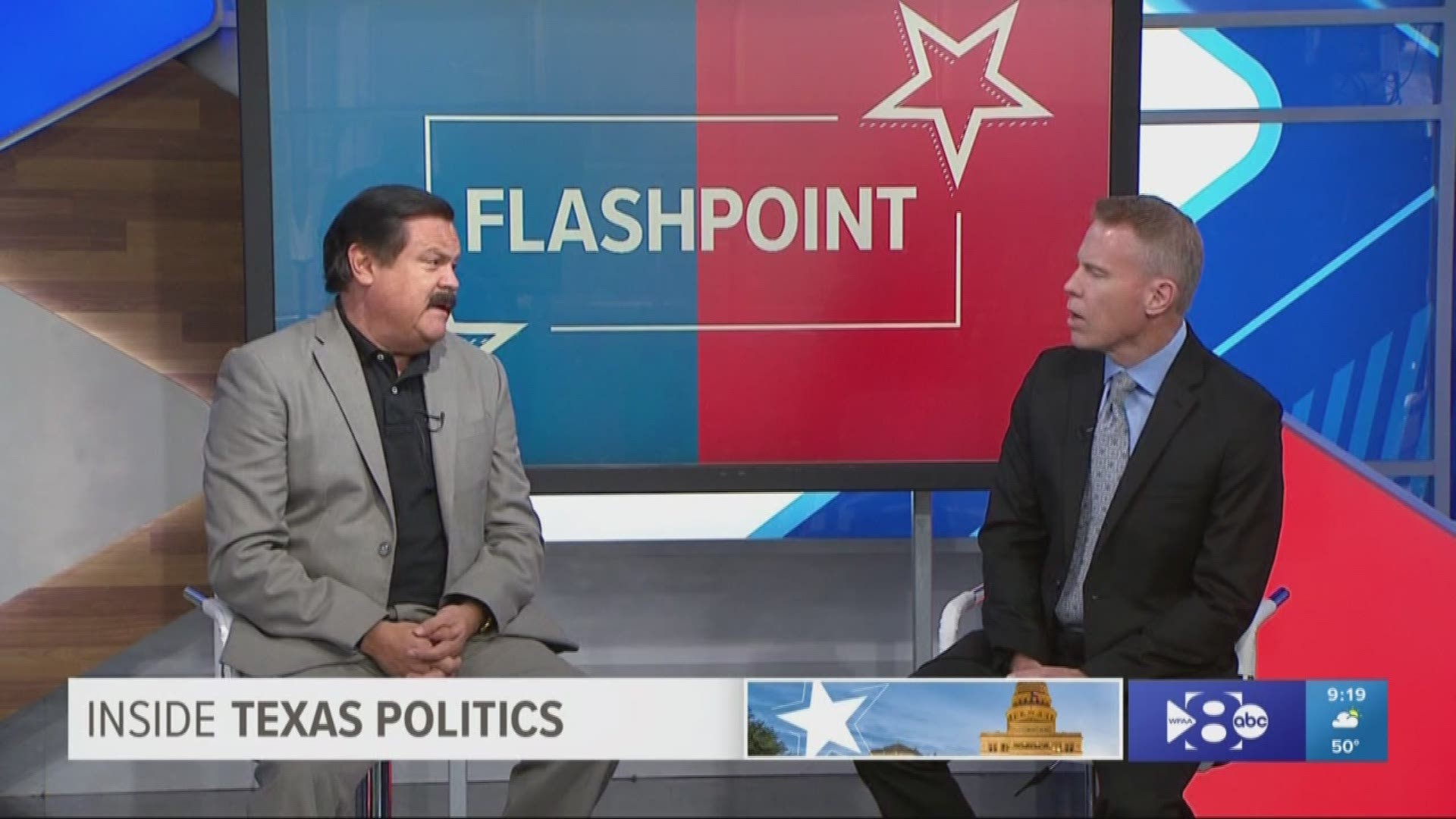 Beginning Monday, the state will start moving homeless people away from freeway underpasses in Austin. The state's capital city relaxed homeless ordinances not long ago. But Governor Abbott said the move put public health at risk. The situation sparked Flashpoint. From the right, Wade Emmert, the former chairman of the Dallas County Republican Party and from the left, Domingo Garcia, the national president of LULAC. 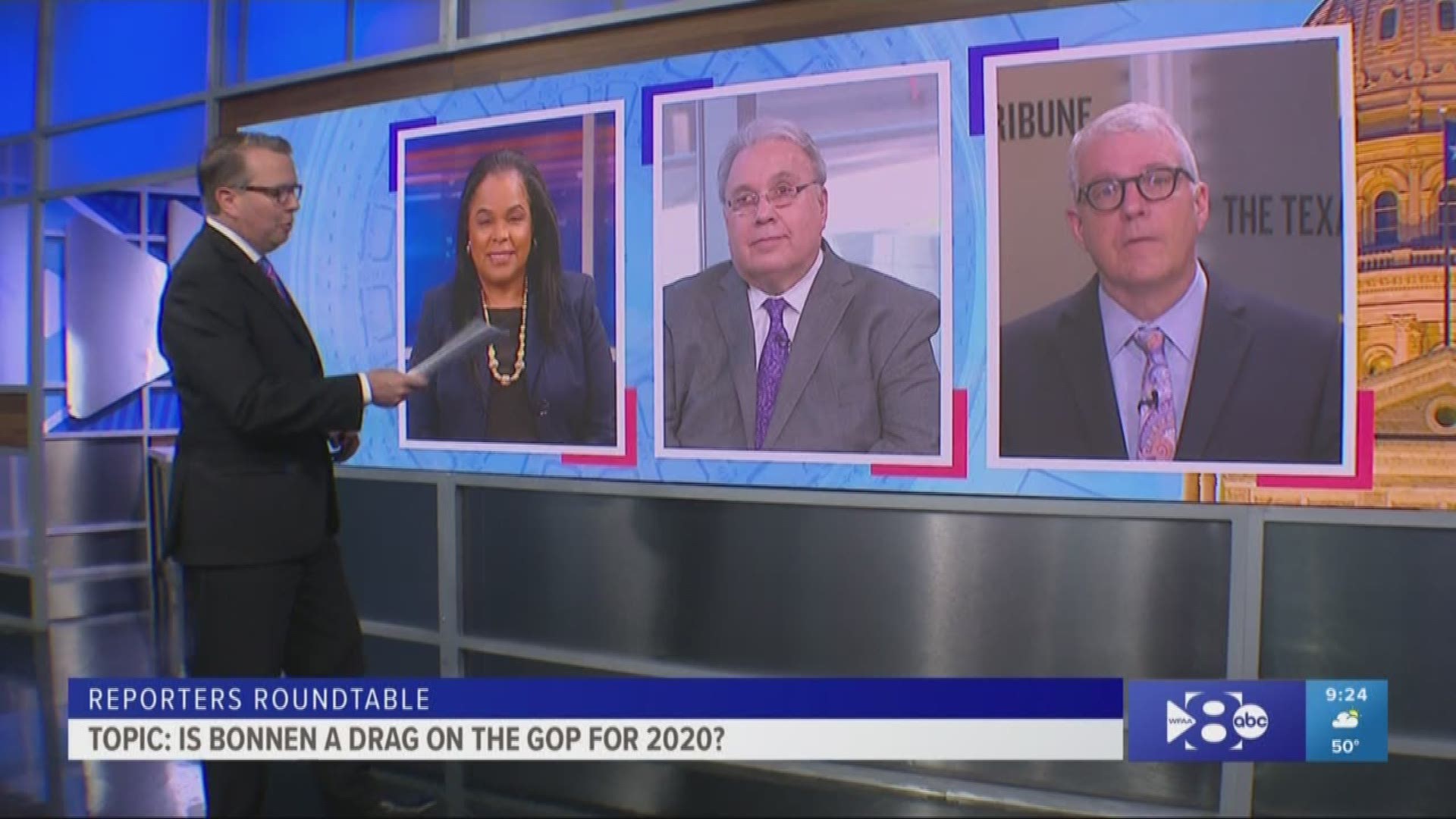 Grassroots conservatives argue that the longer House Speaker Dennis Bonnen remains in office, the more at risk Texas Republicans will become in the 2020 election. That’s the first question posed on the roundtable. Ross Ramsey, Bud Kennedy and Berna Dean Steptoe, WFAA's political producer, joined host Jason Whitely to discuss that and the Tuesday election and the 10 constitutional amendments that voters will decide.

RELATED: Inside Texas Politics: Even on the way out, why Speaker Bonnen remains powerful