Inside Texas Politics: Even on the way out, why Speaker Bonnen remains powerful

House Republicans are still afraid to speak candidly about the outgoing Speaker, but one state representative did appear in studio to speak with Jason Whitely. 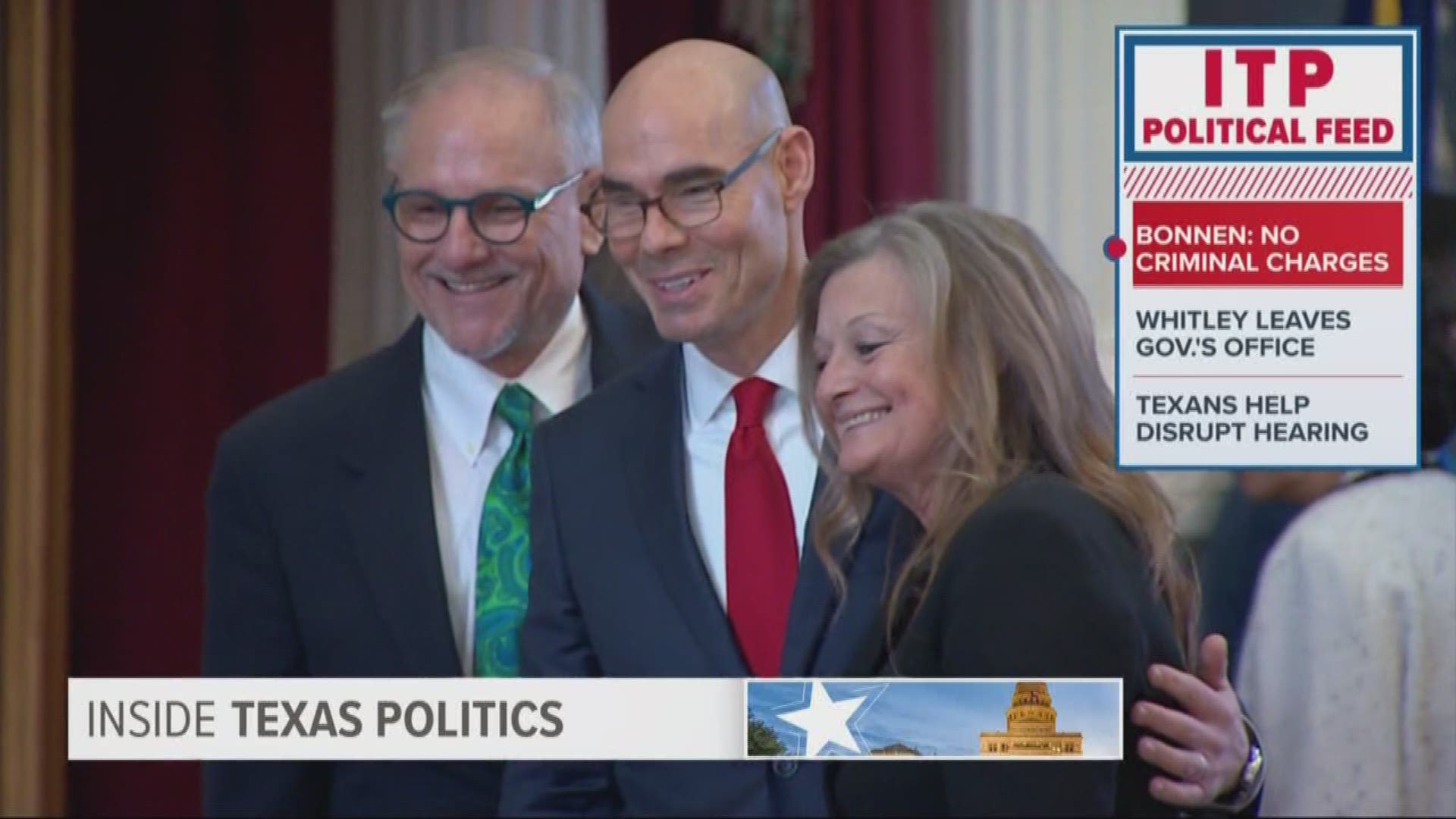 DALLAS — It was a busy week both for national politics and back here in Texas. Here's what we discussed during this Sunday's Inside Texas Politics. 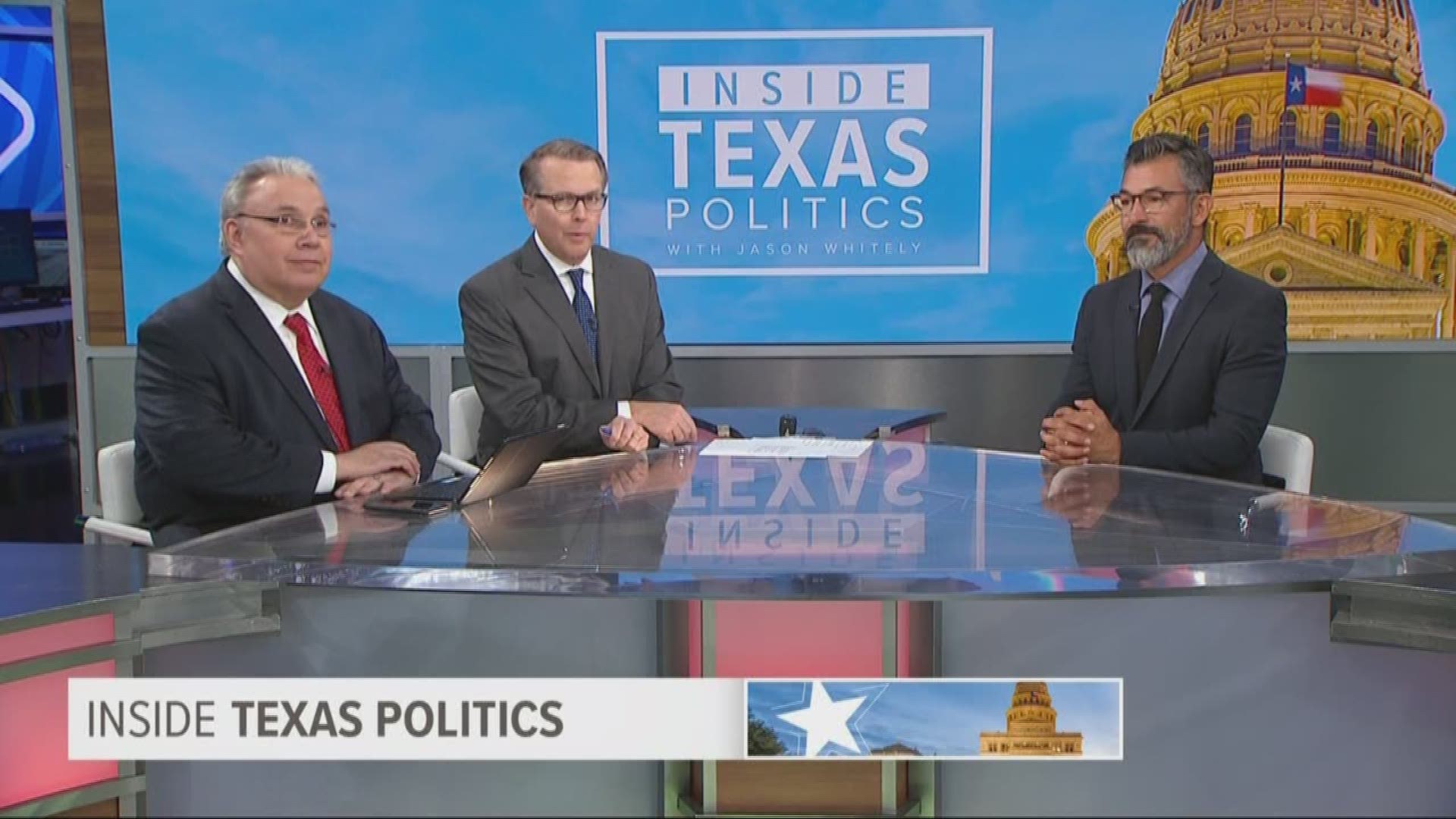 Inside Texas Politics began with the backroom dealing that cost Texas House Speaker Dennis Bonnen his political career. He will not resign as speaker; however, he is not seeking re-election. Speaker Bonnen is on his way out as an elected official, but he remains powerful. State Representative Ramon Romero, Jr. joined host Jason Whitely and Bud Kennedy from the Fort Worth Star-Telegram. Fort Worth Democrat Romero was the first lawmaker to call for Bonnen to resign. 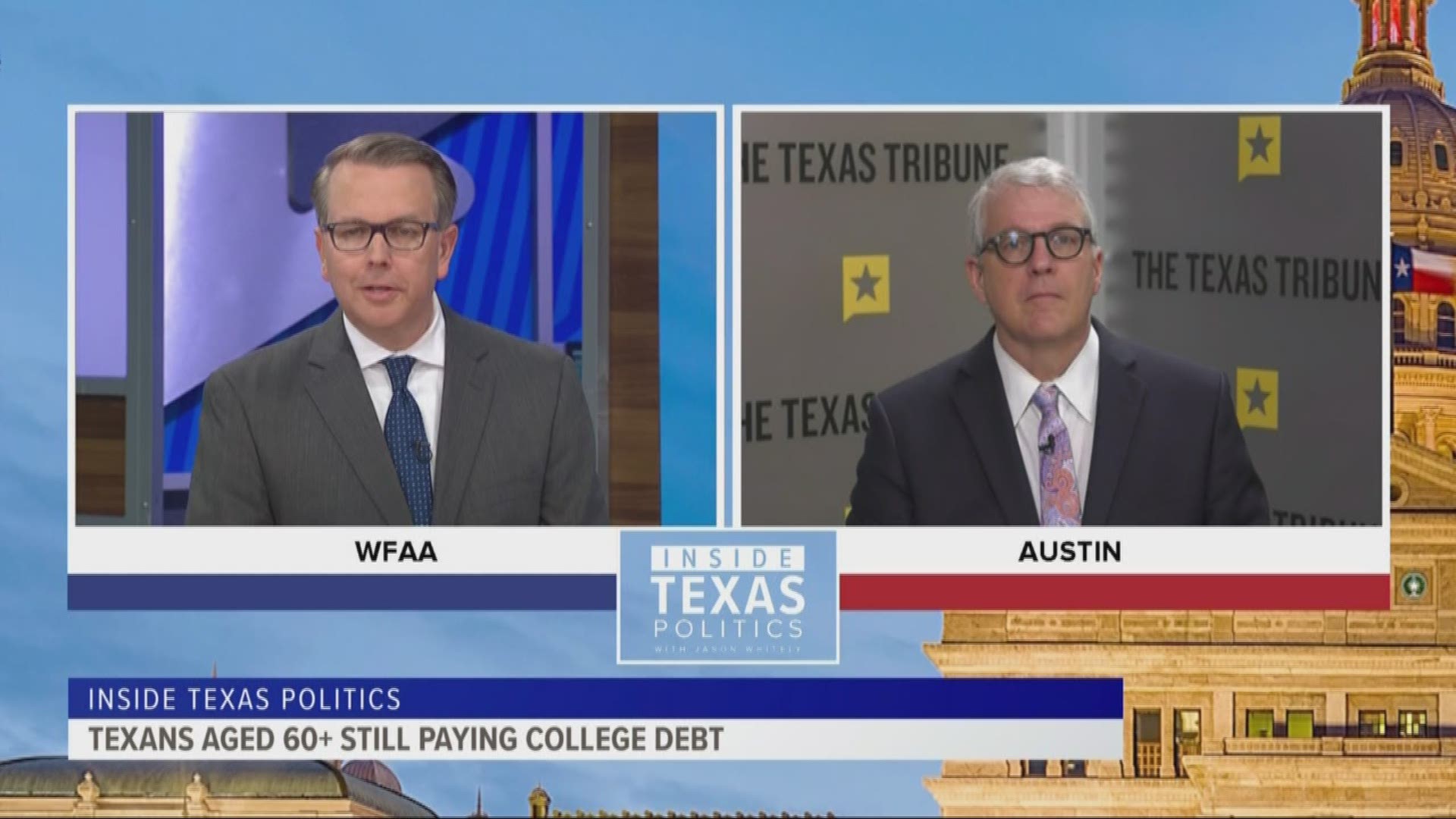 When discussing college debt, most people think of millennials. However, the Texas Tribune in Austin recently reported that a lot of senior citizens are still paying off college debt. Some are using their social security checks to pay down what they owe. More than 220,000 Texans who are 60 or older still have college debt. Ross Ramsey, the co-founder and executive editor of the Texas Tribune, joined host Jason Whitely to discuss whether this is something the legislature should address. 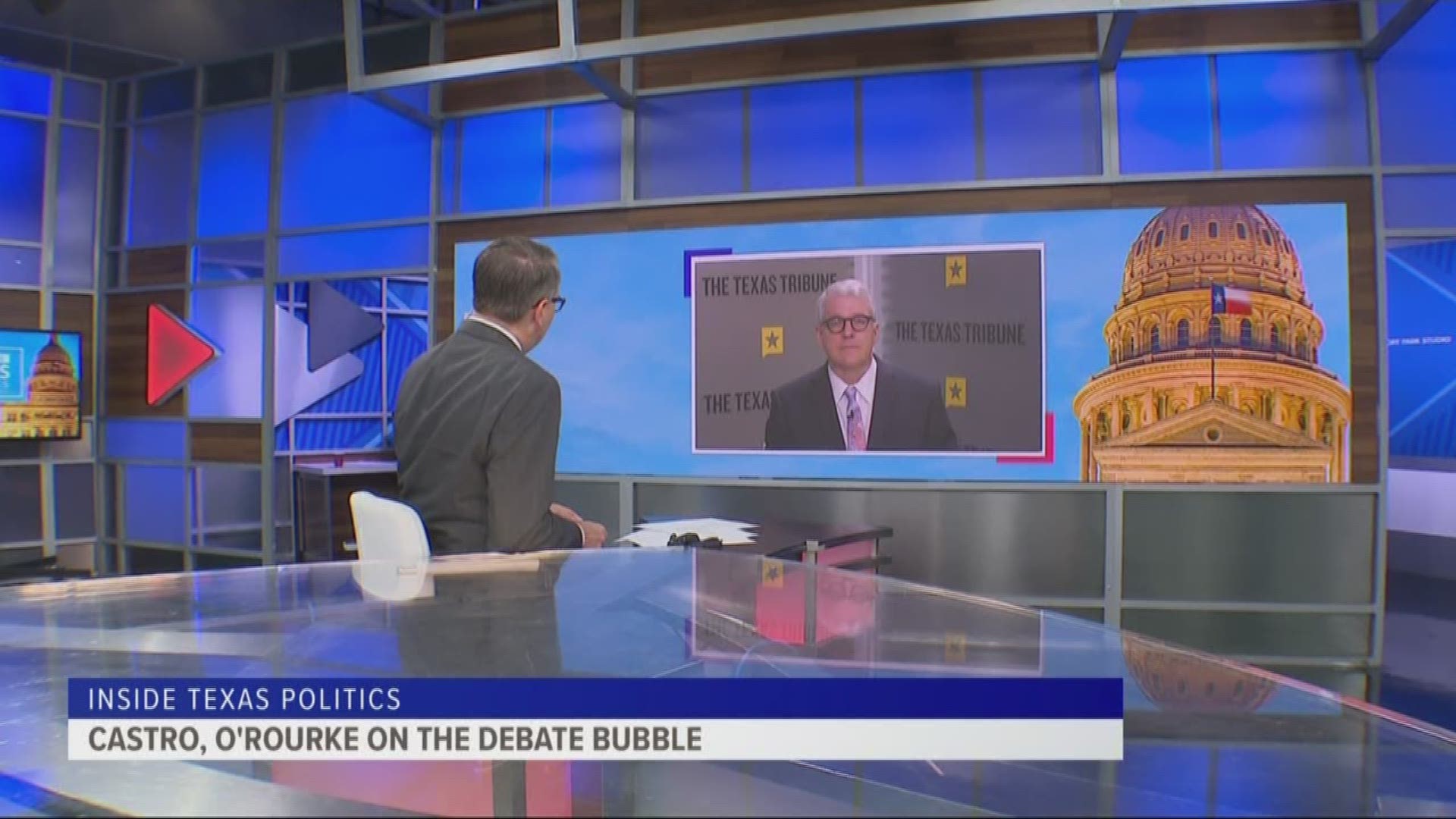 The two also talked about Democrats Beto O’Rourke and Julian Castro’s presidential campaigns. Will either O’Rourke or Castro drop out of the race before the Iowa caucuses in February? 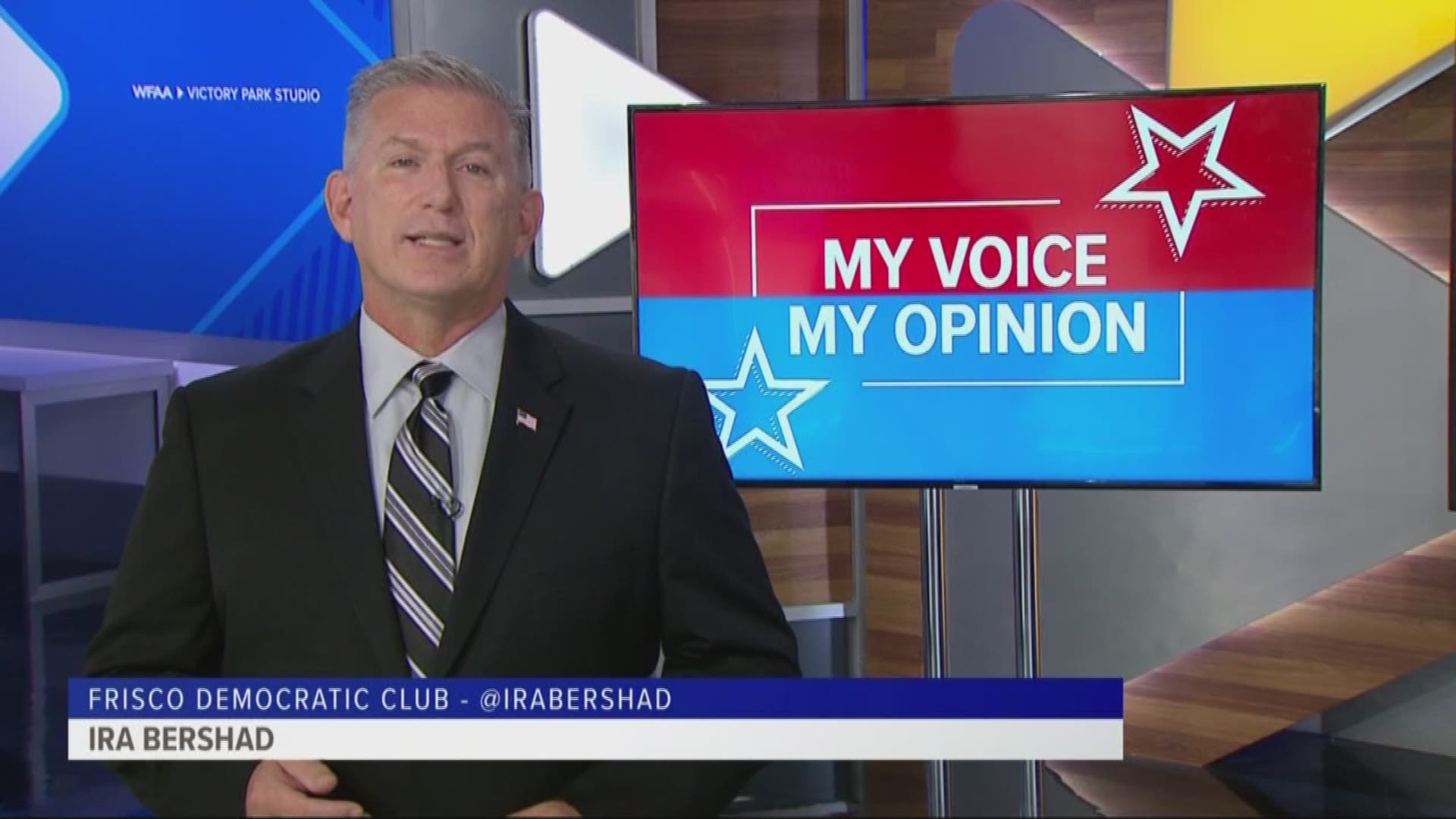 It's not often Republicans disagree with President Donald Trump. However, abandoning our Kurdish allies in northern Syria was one of those rare instances. In this week’s My Voice, My Opinion, contributor Ira Bershad -- from the Frisco Democratic Club – addresses how he thinks voters should respond to what the President did.

Due to technical difficulties, Inside Texas Politics that did not air in its entirety this Sunday.

The below were the portions of the show that did not air.

In the upcoming Nov. 5 election, Dallas County voters will use new machines. The machines are so different from the old ones that Dallas’ elections administrator Toni Pippins-Poole came on Inside Texas Politics to demonstrate how the machines work. She joined host Jason Whitely.

Republicans have not said much about the allegations against President Trump. But they sure are attacking Congress' investigative process. Democrats are using rules that Republicans themselves set just a few years ago. From the right, Wade Emmert, former chairman of the Dallas County Republican Party. And from the left, Rich Hancock from VirtualNewsCenter.com.