Four of the Methodist Dallas employees who got the COVID vaccine on Monday said they felt fine one day later. 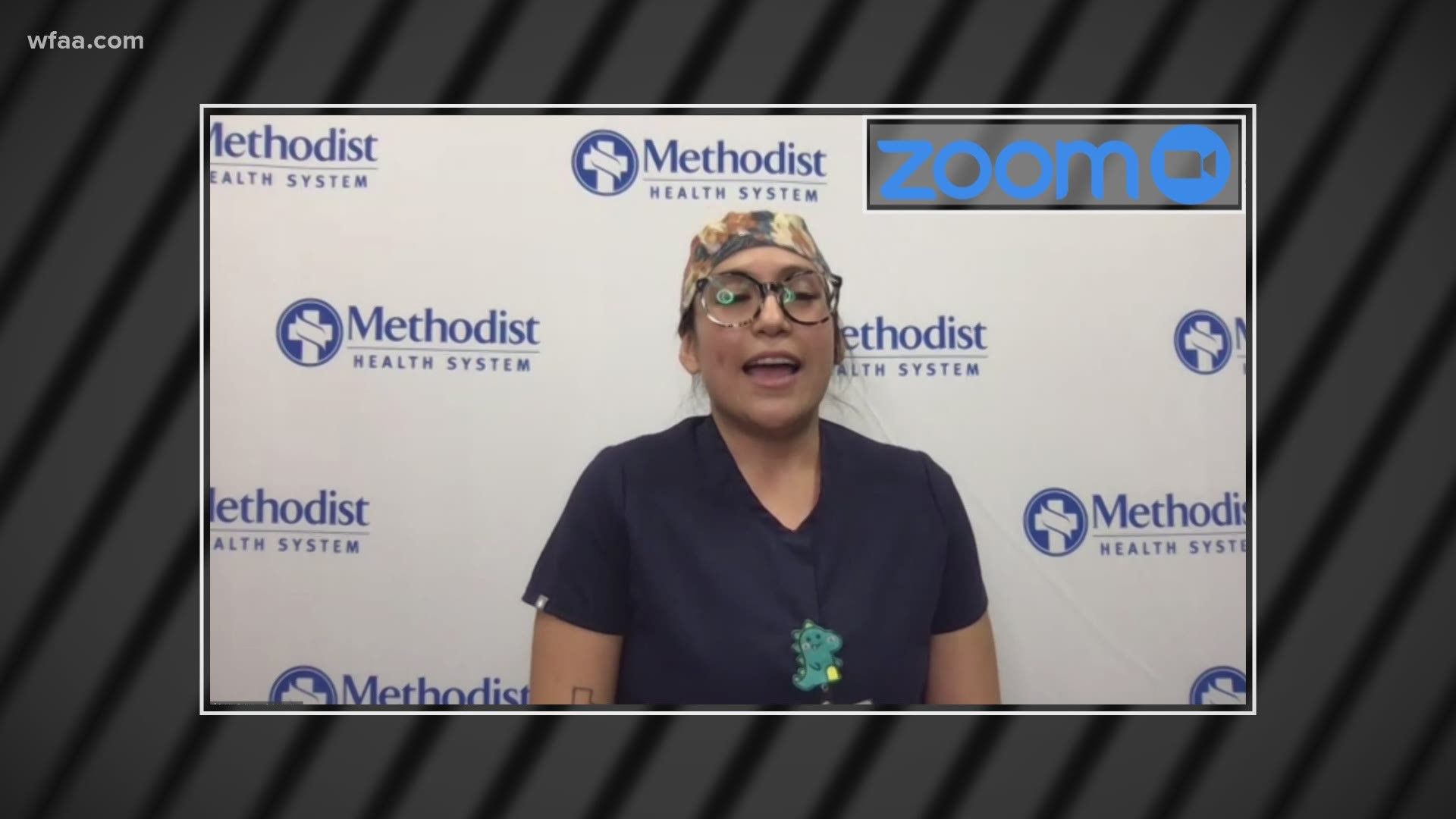 DALLAS — Applause broke out and Teresa Mata cheered as she received the COVID-19 vaccine Monday.

Being the first North Texan to get the shot made for a memorable morning.

But then she went back to work cleaning the Methodist Dallas Medical Center emergency room, so Monday afternoon was pretty forgettable.

And so was Tuesday.

And that was welcomed news, because it meant she experienced none of the potential side effects of Pfizer’s COVID-19 vaccine.

“I took some Tylenol yesterday and today I took nothing,” Mata said.

“I have a little pain. It’s little,” she said, pointing to the site of the injection on her left shoulder.

None reported experiencing anything more than a sore arm.

“I went ahead and took 650 milligrams of Tylenol - over the counter - and 400 milligrams of Motrin before I got it just to ward off those side effects that I might feel. Certainly, I had nothing after the injection,” Sellers said.

Tuesday afternoon he said he was “doing great.”

“No fatigue, body aches or fever, nothing like that,” he said.

Alonzo said the pain at the injection site was “pretty much gone” by Tuesday afternoon.

When asked if she felt any fatigue, she laughed.

“I live tired. I’m an ER nurse, so nothing more than usual,” she said.

The Methodist employees who received the vaccine on Monday will receive their second dose on January 4.

Some of the participants in the Pfizer trial reported experiencing more severe side effects after the second shot, known as a booster.

The side effects can include fatigue, headache, muscle or joint pain, chills, fever, nausea, and pain at the injection site.

RELATED: Walgreens hopes to provide COVID-19 vaccination to public in the spring

Methodist is avoiding vaccinating an entire unit or department at the same time, in case multiple staff members experience symptoms and call in sick.

While Alonzo physically felt nothing, she did experience a lot of emotions.

“A sense of hope and relief that it’s getting better,” she said.

“It’s been a lot,” she said. “When this all started, everybody was staying at home and we were coming to work.”

For Alonzo and Sellers, the last nine months have been the worst of their medical careers.

Sellers said he has treated hundreds of patients infected with the coronavirus.

He now averages five to 10 COVID-19 positive patients every day.

“It was scary because we were watching people die every day,” Sellers said.

“In order to do our job when we walk out of here, we try to leave it behind. Because we see a lot,” Alonzo said. “We couldn’t leave it behind because it was everywhere. We were surrounded.”

“We were about to intubate him. He kept telling us, ‘Don’t put me to sleep,’” she recalled. “It just really stayed with me.”

The survival stories have been the only thing fueling their faith until now.

Alonzo took a selfie as she got the vaccine on Monday. Her mouth was hidden behind a mask, but she said she was smiling.

“There is a light at the end of the tunnel for us now, and we’re very happy about that,” Sellers said.