The U.S. government purchased 150 million of the tests that can give results in 15 minutes. The goal is to test students and healthcare workers. 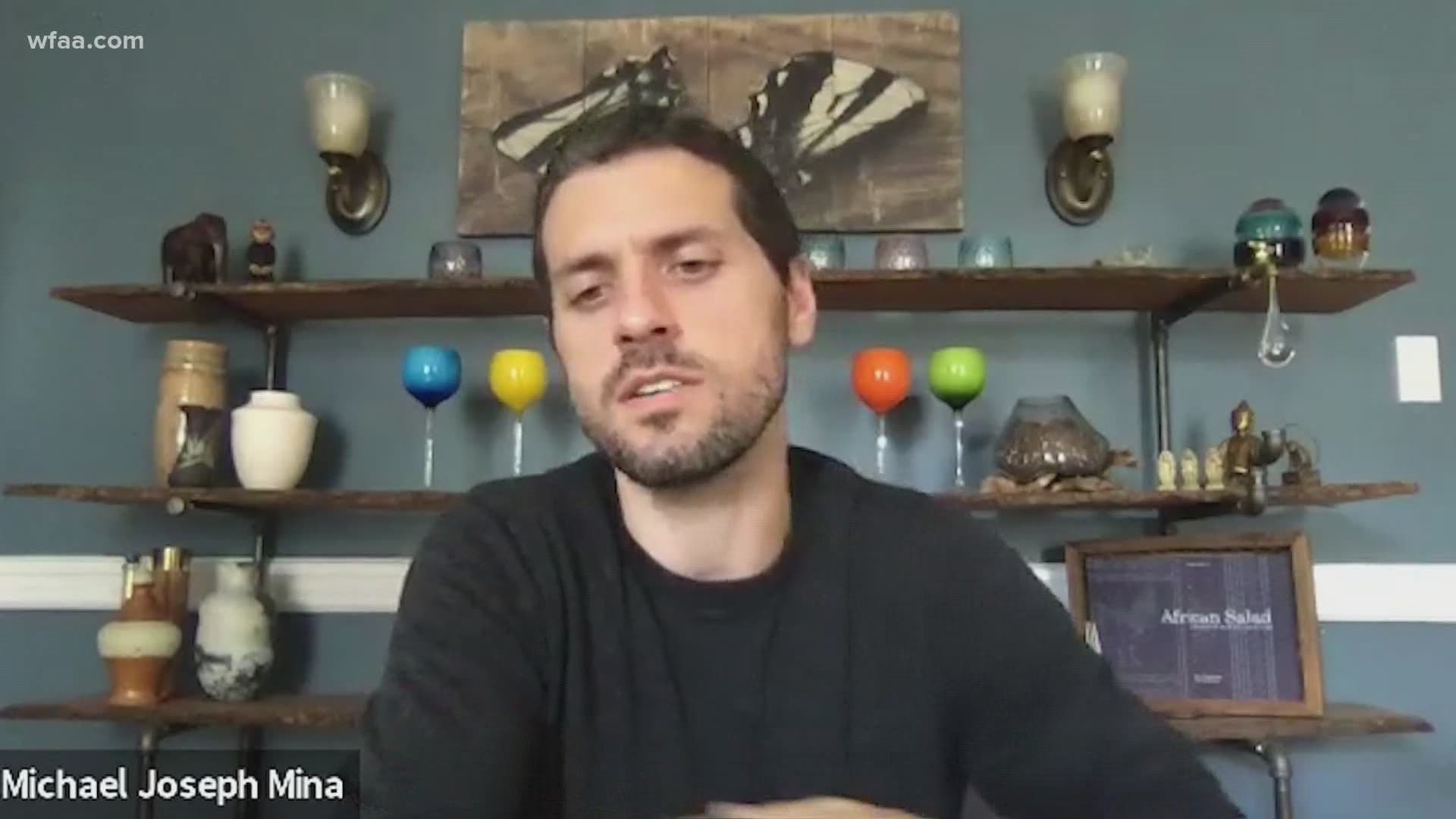 FORT WORTH, Texas — A new type of COVID-19 testing may be the key to slowing the spread of the virus and allowing businesses and schools to reopen safely.

Dr. Michael Mina is an epidemiologist at Harvard and says by the time someone signs up for a test, gets tested and finally gets a result, COVID-19 testing is catching about 3 to 4 percent of people in time to tell them they’re infectious.

“I think having a test that can really find you and your transmissible is the whole goal here,” Mina said.

Mina says it’s not practical for people to get tested as often as they need to be with the current method.

“Of course, people are not going to want to go and go to a drive-thru frequently and things like that,” Mina said. “It's just, it's a headache.”

He’s been one of the nation’s leading advocates for rapid antigen tests which are quick, easy to use, at-home nasal swab tests than can be done every day.

The U.S. government just bought 150 million newly approved tests from Abbott Labs that are just $5 and give results in 15 minutes. Lines mark a positive or negative result like a pregnancy test. They’re about the size and shape of a credit card.

The company says it can make 50 million a month and expect to have tens of millions of tests available in September.

“It's the first of many assays like this that are going to become available to the public,” Mina said.

A handful of other companies have approved antigen tests that require equipment and are designed more for healthcare professionals and use in a clinical setting.

RELATED: 16 students at Carroll ISD to quarantine after high school student tests positive | Here are all the COVID-19 cases at local schools

Right now, there are about 800,000 tests done daily across the U.S.  Mina says that should be 50 to 100 million. The plan is for these new antigen tests to be used by healthcare workers and by students each day before school.

The Trump administration said Tuesday most of the tests would be given to governors to distribute. The Texas Department of State Health Services said they have not been informed of the federal government’s plans for the tests yet.

“If you can stop one transmission chain from starting from a source, then maybe down this downstream you prevent hundreds of potential downstream cases,” Mina said.

“We’re excited about the new rapid tests,” Dr. Vinny Taneja, Tarrant County’s Public Health director said. “That would be awesome. That would be the ideal scenario in the absence of other things we’re looking for like a vaccine, antivirals.”

“It's not completely meant to stop all the transmission,” Mina said. “It's really meant to allow public health agencies to know where to sort of increase more testing.”

The criticism is these tests antigen tests give false negatives compared to the standard molecular tests often called PCR, but Mina says they’re incredibly accurate in the period when someone is actually spreading the virus, which is the point.

“PCR has led to potentially millions of people being quarantined erroneously and because it stays positive for so long after infectivity,” he said. “Accuracy is based on what your target is.”

According to the Texas DSHS dashboard, there have been 25,577 antigen tests done so far in the state with 3,529 positives. The state doesn’t count those numbers as cases, though.

That's as far as I'm concerned, just a way to suppress your cases or the case numbers rather,” Mina said. “There's no reason why they shouldn't be counted in the case counts.”

RELATED: CDC halting evictions for some people due to coronavirus

Since the tests will be done at home, the actual cases reporting for the new tests may not be as complete but both Mina and Taneja say the most important issue is if the person taking it knows if they’re infectious.

Short of a vaccine, it may be the most promising path to getting life back to normal.