The event will be "reimagined" as a holiday TV special. 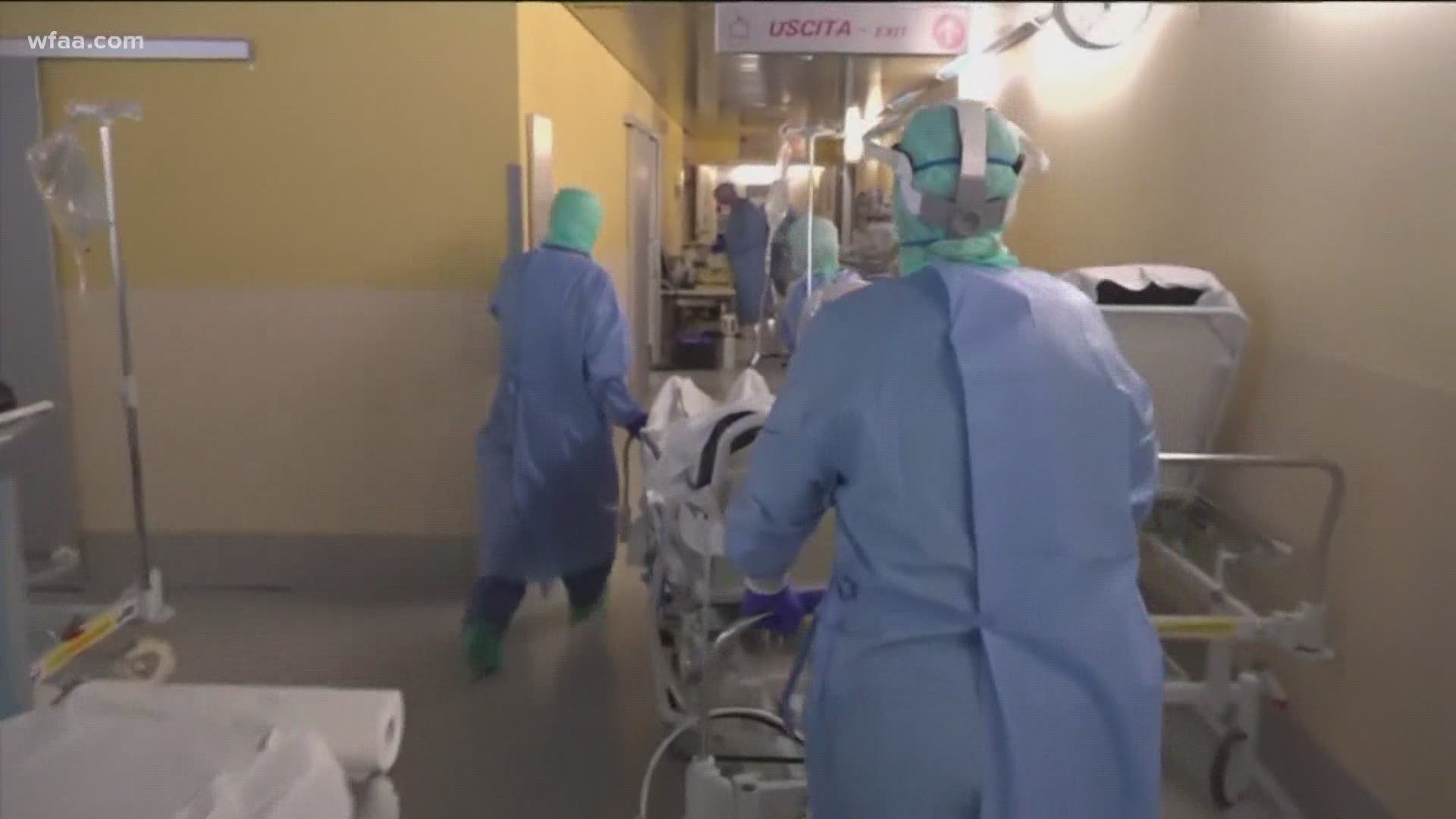 The record happened 12 days ago on Nov. 21 when the county reported 2,183 confirmed cases.

Among the 2,122 new cases, 485 of them came from antigen tests and are considered probable.

The county also had three additional COVID-19 deaths. These include a Dallas man in his 60s and two Dallas men in their 70s. All had underlying high-risk health conditions.

Due to COVID-19 restrictions and the amount of rising cases across North Texas, the Dallas holiday parade has been canceled and instead will be “reimagined” as a live for TV special, organizers say.

“As a sponsor of the Dallas holiday parade, we are excited to be at the forefront of offering unique experiences to the community and residents of Dallas,” Michelle Brockwell, AT&T assistant vice president said. “We have transformed our downtown campus to a world-class headquarters with cutting edge technology.”

The parade has been celebrated in downtown Dallas since 1988.

“While we cannot all be together in person, we are excited to continue this holiday tradition while welcoming guests into our bright and beautiful Adolphus holiday spirit,” said Sam Tucker, Adolphus director of sales and marketing.

Giles says check your local listings for the times and stations for the special TV event.

Ten more residents in Tarrant County have died from COVID-19. Health officials announced Thursday that seven of the 10 people have underlying health conditions.

The victims range from patients in their 50s to 80s. Tarrant County has confirmed 865 confirmed deaths since tracking began in March.

The county has not released the daily case numbers or hospitalizations as of 2 p.m.

“We all must do our part in wearing masks when around others, physically distancing, and washing our hands frequently to slow COVID-19 spread in Denton County," said Denton County Judge Andy Eads.

DCPH also announced an additional 471 cases of COVID-19. This increases the countywide total to 25,094 confirmed cases.

DCPH will host a free drive-thru COVID-19 testing center on Tuesday, Dec. 8 at University of North Texas’ Discovery Park at 3940 N Elm Street in Denton. Eligible community members must reside in Denton County, pre-register by calling 940-349-2585, and have not previously tested positive for COVID-19. Pre-registration is required and appointments are available starting at 8 a.m.

With less than a month until New Year's Eve, Airbnb announced a safety initiative to prevent parties in Dallas.

The company said beginning Thursday, guests without a history of positive reviews will not be allowed to make one-night reservations in entire-home listings during the holiday.

Airbnb had a similar approach during Halloween, which they said was successful. In August, the company also launched a global ban on parties at Airbnbs. The policy doesn't allow more than 16 guests.

Local health officials however do not encourage residents to hang out with people outside of their household.