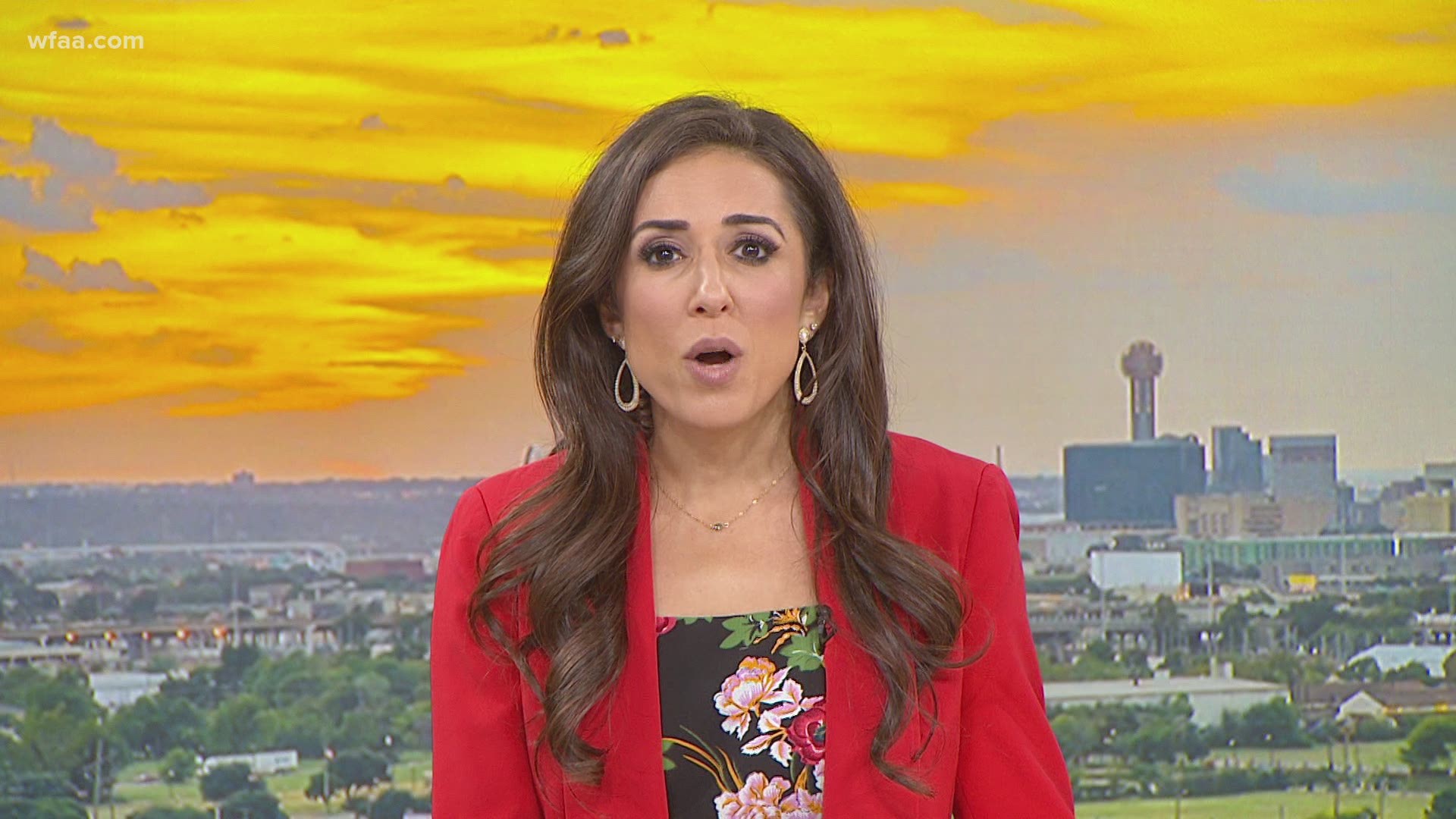 The state of Texas reported another record high for the number of coronavirus cases reported Saturday, with 12,597 cases. It's the 3rd record high in the last five days, according to state health officials.

In Dallas County, Judge Clay Jenkins is urging residents to avoid large gatherings next week, as the county reported a new record in daily cases.

Since Nov. 1, there have been 2,851 students who have contracted COVID-19, officials said.

"Celebrate Thanksgiving with those that you live with and forgo larger family get-togethers at this time of unprecedented spread," Jenkins said.

Nine more people have also died from coronavirus, bringing the confirmed total to 1,184 deaths since tracking began in March.

The latest victims range from a man in his 40s to a woman in her 80s. All of the patients had underlying health conditions, according to officials.

In addition to the large number of cases reported Saturday, officials are concerned about hospitalizations.

On Friday, there were 738 patients being treated in area hospitals because of coronavirus, Jenkins said.

There were also 545 people who visited the emergency room for COVID-19 symptoms, which is about 23% of visits, officials said.

"We must focus on what we’re thankful for and protecting it for the future and not give in to momentary weakness or selfishness that will lead to bad decisions," Jenkins said.

Earlier this week, the CDC issued guidance against Thanksgiving travel in an effort to slow the spread.

Dr. Anthony Fauci also urged that it's important to take notice of the risks that each activity could bring -- not just to oneself, but also to loved ones who might be at risk.

One day after Fort Worth officials urged residents to stay at home because of the spike in cases, the county reported more than 1,300 new cases Saturday.

This brings the total death count to 824 since tracking began in March.

There was also a slight decrease in hospitalized patients as 776 were reported Saturday compared to 782 on Friday.

More than 8,000 in Texas hospitals for 1st time since summer

Texas has surpassed 8,000 hospitalized coronavirus patients for the first time since a deadly summer surge.

Doctors on Friday also amplified pleas to keep Thanksgiving gatherings small, and hard-hit El Paso is now offering $27 an hour for morgue workers as the border community struggles to keep up with the rising number of deaths.

The Texas Hospital Association issued an appeal for families to not gather in large groups next week for fear of pushing already overworked doctors and nurses to the limit.

New Mexico’s men’s and women’s basketball teams are temporarily relocating to Texas due to coronavirus restrictions in their home state.

Athletic director Eddie Nunez says the men’s program will set up at South Plains College in Lubbock. The women will move to Amarillo and practice at West Texas A&M in nearby Canyon.

The basketball season is set to start next week but neither program has announced a nonconference schedule yet.

The Mountain West Conference moved to a 20-game schedule this season with two-game series between the same teams.