Superintendents from Dallas and Fort Worth ask Gov. Abbott to include school staff in initial vaccine rollout

Healthcare workers will be first in line to receive vaccines, and right now nothing has officially been released regarding when school employees will get inoculated. 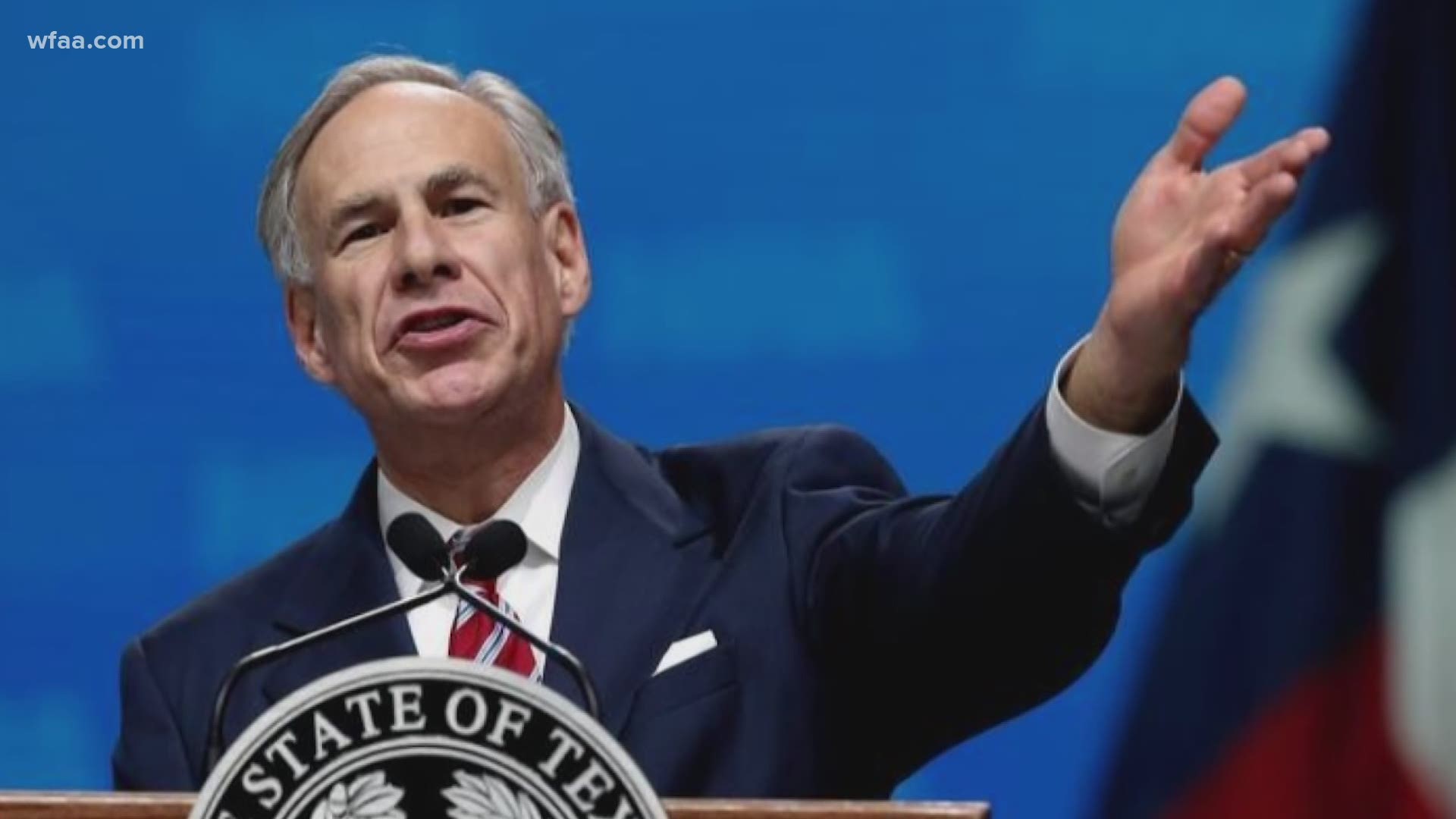 FORT WORTH, Texas — Superintendents from five of Texas' biggest school districts delivered a request to Gov. Greg Abbott Wednesday, asking that teachers and school employees be included in the state's initial distribution of the COVID-19 vaccine.

The governor has yet to respond, while the superintendent who penned the request maintains that he doesn't want anyone to skip healthcare workers in line for the vaccine — but just wants teachers to not be overlooked.

Abbott announced Wednesday that more than 1.4 million doses of the vaccine will arrive in Texas by mid-December.

The Texas Department of State Health Services announced last week that healthcare workers will be the first in line to receive those doses.

At the top of the list includes hospital staff working directly with patients who are COVID-19-positive or at higher risk for COVID-19 infection.

After that, 911 EMS providers and home healthcare workers round out the first tier of those in line for the vaccine.

RELATED: Q&A: How do the COVID-19 vaccines work? Are they like the flu vaccine, will there be side effects?

Educators and school staff are nowhere to be found in the list that was released.

Fort Worth ISD Superintendent Kent Scribner wrote and delivered a letter to Abbott Wednesday asking that school staff be considered in the initial distribution of the vaccine statewide.

Scribner is the Chair of the Texas Urban Council of Superintendents.

He wrote and delivered the letter on behalf of superintendents from Austin ISD, Houston ISD, Dallas ISD and San Antonio ISD.

In the letter, Scribner wrote the following:

"Our campus-based educators are on the front lines every day. They are teaching in person, interacting with children and other adults. And, while they are utilizing best practices in safety protocols, they are still at a much higher risk of contracting COVID than those of us who can work in a closed office setting or from home."

Scribner also asked the governor that inoculations, "...be prioritized for educators who work in the cities and counties where COVID infection rates are the highest."

Via Zoom, Scribner told WFAA that schools and the reopening of campuses have hinged on getting back to normal in Texas.

"We understand that the governor and his staff are making difficult decisions," Scribner said. "But our teachers are among the heroes in this pandemic and are on the front lines every day."

The UEA represents some 26,000 school employees in North Texas.

"It's impossible to social distance in the classroom," Poole said. "They're still showing up, some even at-risk, teaching 20 to 25 kids per day. We know the state is marking prioritizations we just ask that teachers and other staff be part of the conversation."

Rena Honea of Alliance-AFT echoed a similar message. Her organization represents some 3,500 educators at Dallas ISD.

"So many teachers had no choice in going back to the classroom. Some were given waivers, but not that many," Honea said.

"We all realize that face-to-face instruction is the most effective but right now it isn't the safest."

Last year, the Texas Education Agency found there were around 363,000 school teachers in the state and roughly 8,300 principals.