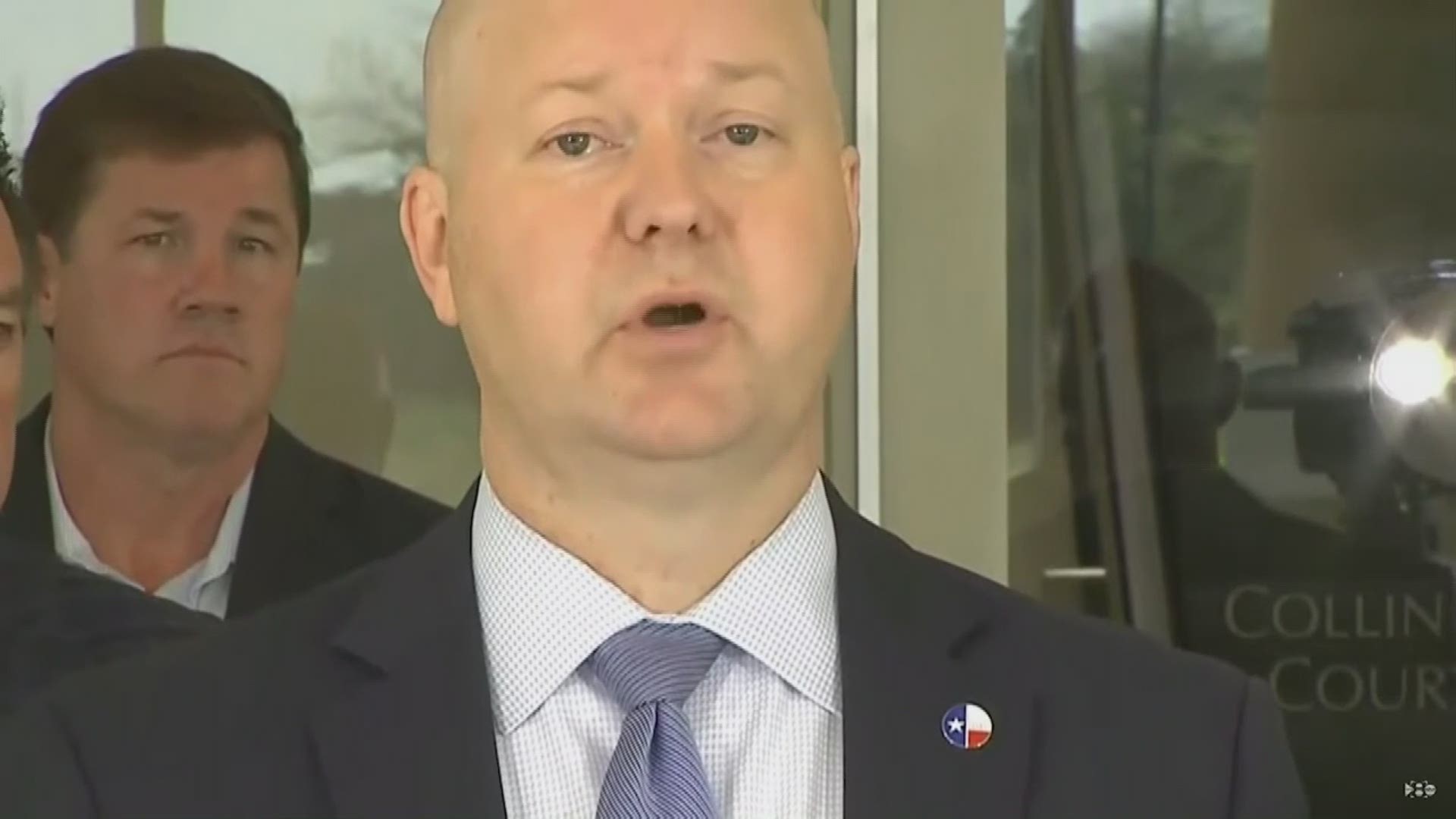 MCKINNEY, Texas — While some county judges in North Texas ordered “non-essential” businesses to close to try to stop the spread of COVID-19, Collin County Judge Chris Hill did not.

Under Hill’s order, Collin County residents should leave their homes for only essential reasons.

Abbott previously ordered all gyms to close and restaurants and bars to move to takeout or delivery orders only. Those orders must be followed in Collin County, but Hill said if an office or a retail establishment can operate without having more than 10 people gathered together, they can stay open.

Entertainment venues are not allowed to operate, he said. But clothing stores can.

RELATED: Live COVID-19 updates: Most of North Texas to be under 'stay at home' orders as cases cross 300-mark

Some Collin County residents said the order was confusing.

Hill said he’s working to strike a balance between the physical health and well-being of his residents, while recognizing that financial health is critical too.

“We are talking about making sure that, as we move forward over the next two, four, eight, or 12 weeks, that those families have the resources they need to provide food, shelter and health care for their families.”

He defended his actions, saying while the language in the Collin County order may not be identical to what other counties have issued, it’s still a “unified approach” across North Texas.

When Hill announced the order, many mayors from Collin County cities stood behind him.

But by late afternoon, at least one of those mayors revealed he was concerned the county order was confusing and didn’t go far enough.

At a special city council meeting, McKinney Mayor George Fuller said he meant no disrespect to Hill, but that he believed more clarity was needed.

“The order today talked about, 'If you’re open, implement best practices.' But there’s no indication what best practices are. So, in addition to other things, our order must contain what those things are,” Fuller said.

“Any way that a business can remain open and employing people and helping them put food on the table, I think is healthy,” Paxton said. “We all need everyone’s best right now and that includes this balance between freedom and responsibility.”

She added, “I’m thrilled to live in a state like Texas where I think people get that. They know they’re free but we need you to use your freedom to choose what’s good and to choose what’s healthy.”