Writing and reading became Issa's escape, taking him beyond the walls of his house at a time when he couldn't physically go anywhere. 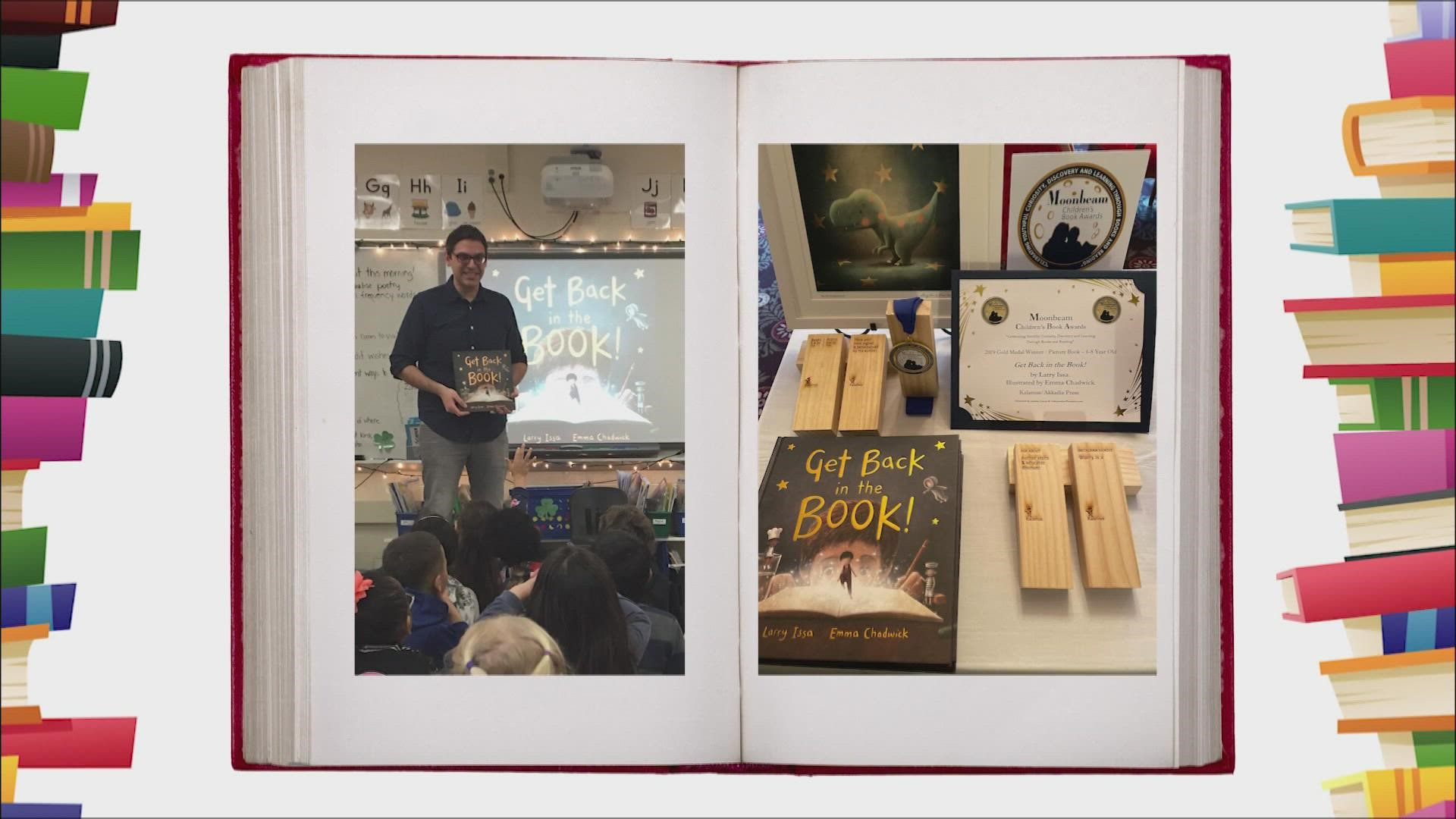 DALLAS — For Larry Issa, time can be wasted or wisely spent.

"I was literally just waiting for someone who was late to a meeting. This idea just popped into my head," Issa said from his Virginia-based home.

His childhood love for art turned into a career in graphic design. Sometimes, he would scribble storylines dreaming of one day publishing his own children's book. Then, he got sick.

"I had no symptoms whatsoever, then a few weeks later I was in the hospital for about a month," Issa said.

Diagnosed with ulcerative colitis, Issa lost 30 pounds in a month. He was just 29 years old.

"I didn't even know what ulcerative colitis was when I was diagnosed. I knew nobody that had it."

He described the physical and emotional pain of the experience.

"I couldn't move, I was in a wheelchair, I had no energy because I couldn't eat... my case was so severe."

"Really, the one thing that kept me going was writing. I had a journal that I would write in all the time," he said.

Writing and reading became Issa's escape, taking him beyond the walls of his house at a time when he couldn't physically go anywhere.

It wasn't apparent at the time, but Issa was starting a new chapter of life. He turned one of his imaginative stories into a picture book.

"'Get Back in the Book' is about a young author who writes a story and his characters run away because they think books are boring, and he convinces them to get back in because books are amazing and take us around the world."

That was just the beginning of the adventure. Being immunocompromised meant Issa had to spend most of this pandemic at home. Locked down again, this time he was armed with wisdom and perspective.

"Product design is always something I wanted to do," Issa said. "I thought, 'Why not use this time? I can't go anywhere again.'"

His characters are now stuffed toys, and his book is the winner of 25 national awards. Issa considers some of his hardest days a gift.

"The book is the result of being sick and stuck at home for so many years. If I was not sick, I would not be here, would not have had time for this project."

A project that's inspiring young children to read, dream and reach their goals no matter how distant they might seem.

Turning a time of suffering into a beautiful story with a happy ending.

Issa said he is already working on a sequel, which he hopes to release next year. He said once the pandemic is under control, his greatest wish is to visit children's hospitals across the country to read and write with young people, and encourage and inspire the next generation of authors.

To learn more about 'Get Back in the Book,' visit http://larryissa.com.