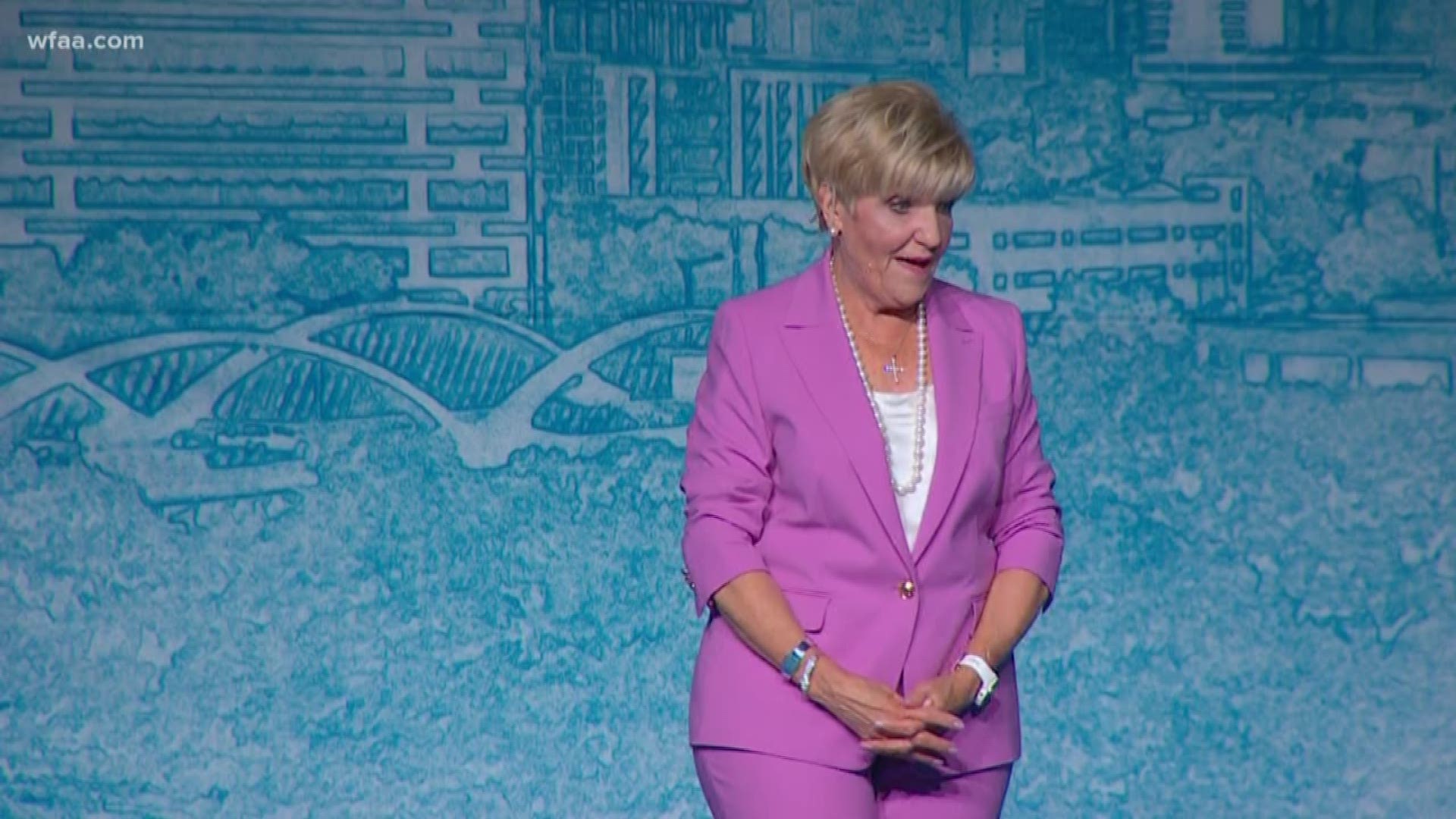 FORT WORTH, Texas — In a city that's long been known for having a slower pace of life, there's no denying Fort Worth is growing fast.

At Mayor Betsy Price's State of the City address Friday, that growth found its way into many of the topics she covered.

"We've had to make changes to keep up with the business you're bringing us," Price said on stage. After her address, she elaborated to reporters.

"In eight years, we've grown 20.78 percent. That's incredible," she said. "We've moved from the... 17th largest when I took office nine years ago to the 13th largest now. We're the third fastest growing in the nation."

Some of the city's biggest growth has been happening in the far north part of town. Dense housing developments and large apartment complexes have been popping up for years -- and still are.

"It's a two-edged sword," City Councilman Dennis Shingleton said of that growth.

Shingleton represents some of the fast-growing northern sections of the city. He said he sees the upside of it all, but he also worries publicly about the fact that infrastructure, especially roads, haven't kept up with how many people are living there.

"I want to tap the brakes just a little bit on some of the high-density growth such that we can keep up with," he said.

The mayor said there's no moratoriums in the discussion, but they will be looking at how the city encourages smarter growth.

"I don't know whether you'd say tap the brakes or not, but we're going to take a look at how we're growing and how we're matching our infrastructure growth to the growth that's here," Price said.

Another shocking part of that growth?

"We lose 50 acres a week of natural spaces to development," the mayor said.