Jacob Brito died after he was stabbed. His older brother faces a murder charge in the boy's death. 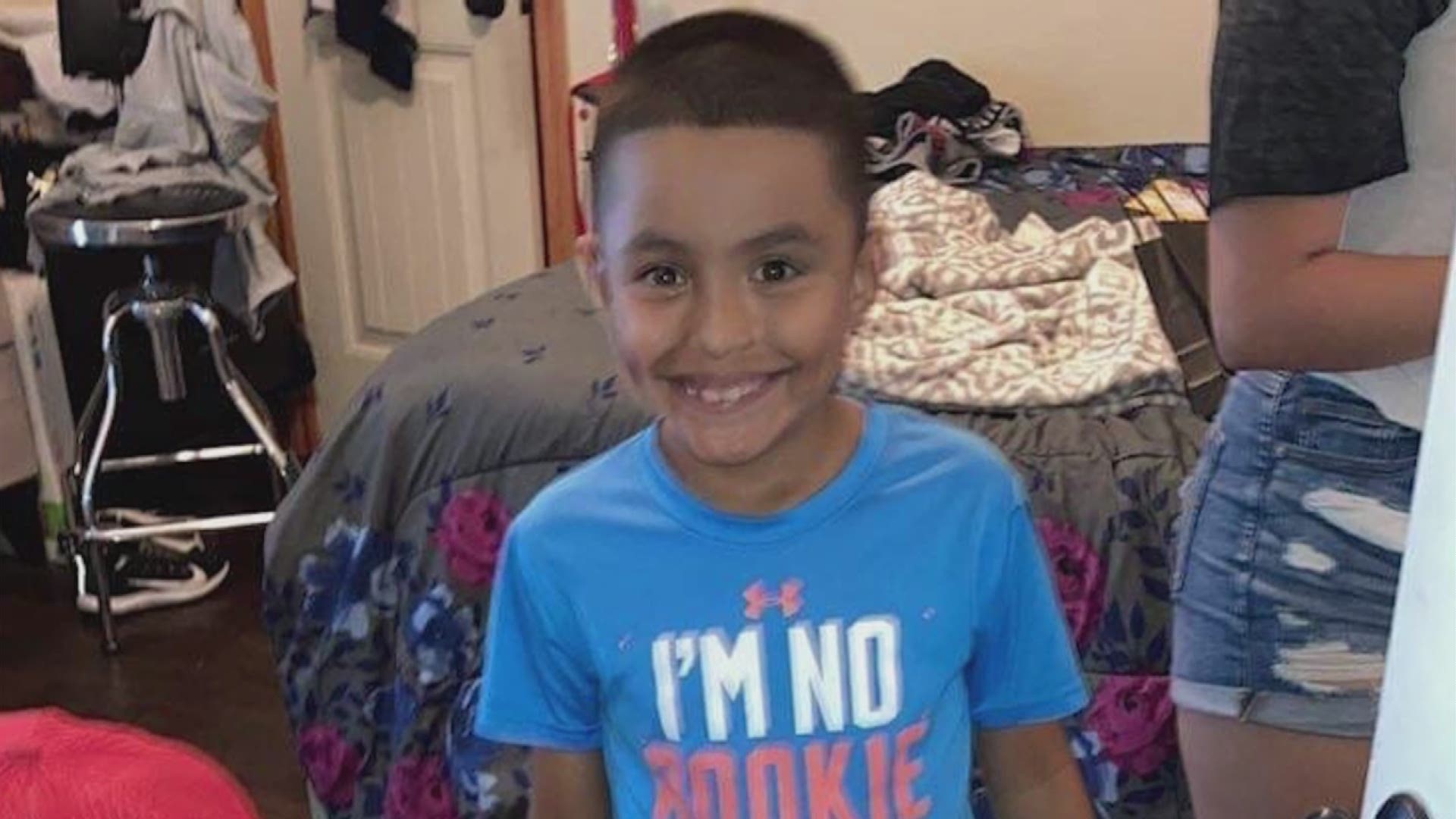 FORT WORTH, Texas — Jacob Brito had one of those smiles, the kind where you can’t help but smile back.

“He’d always show love to everybody. He’d always have a smile,” his 16-year-old brother Diego Brito said. “Like when you had a bad day and you saw little Jacob, it would make your day better.”

Saturday around 9:45, Diego was in his bedroom at their Haltom City home. Jacob and their other brother Isidro Bruno, 20, were in the living room when Diego heard a scream from Jacob that, he says, just sounded wrong.

RELATED: 7-year-old Haltom City boy's brother had a 'blank stare' after he stabbed him, warrant says

“I just seen the life leaving my little brother,” Diego said. “I was holding his little head. I was singing him a song. I was trying to keep him alive.”

An ambulance rushed Jacob to Cook Children’s, but the 7-year-old didn’t survive.

Brito says Isidro had struggled with mental health issues in the past. When police arrested the 20-year-old they said he had harmed himself. He has been charged with murder.

“I seen him a couple minutes before it happened and his eyes, it just wasn’t him,” Diego said. “He’d never try to harm us like that.

That’s part of what makes the loss so hard. Diego has lost two brothers now.

“I don’t even know how I’m just dealing with it so chill,” he said. “I think it’s the fact that I know that my brother is in a better place and I know that he’s going to look over my older brother too.”

Diego is still holding on to Jacob’s jacket.

“I’m always going to have a piece of him,” Diego said. “It still feels like a nightmare to me.”

Jacob was headed into second grade and loved nothing more than baseball.

“He never got struck out, not one time,” Diego said. “He hit every single ball this year.”

He’s wearing a uniform and his signature smile in in just about every photo he’s in.

“He was just one of those kids. He was so bright and so pure,” Diego said. “I know we have an angel.”

The family has set up a GoFundMe page to help with a funeral and expenses.