Joan McCoo earned some cash for herself and her school. 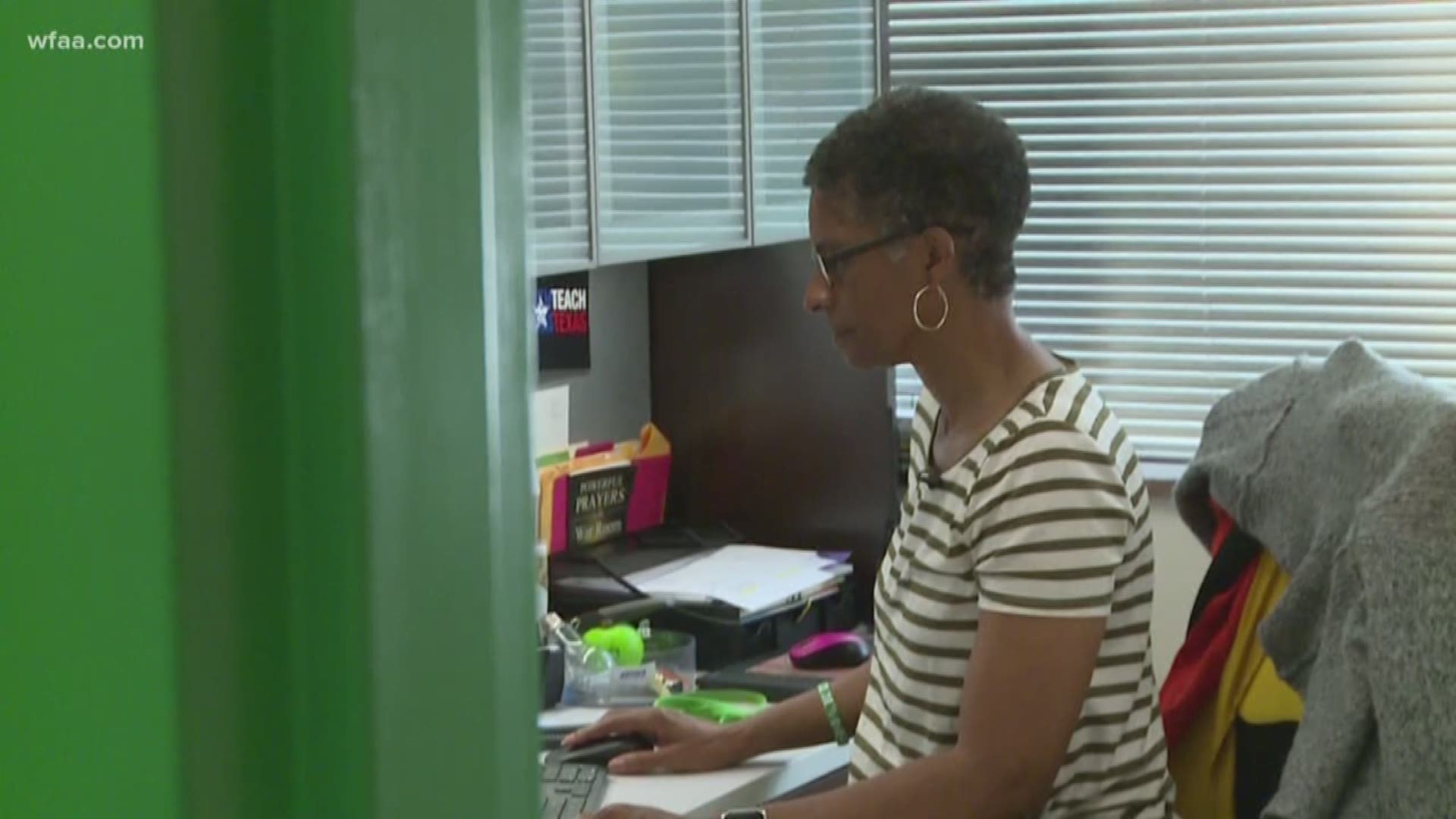 It used to be, about a decade ago, whenever Bryan Adams High School made news, it was not the good kind.

“Our school doesn’t really get recognized like that,” said senior Ayaana Reeves.

But earlier this summer, as a small banquet in Chicago proved, the school has come a long way.

“I know how education changed the trajectory of my life, and I want to do that for some of these same kids,” said Bryan Adams teacher Joan McCoo. “My background is just like theirs.”

McCoo teaches students how to be entrepreneurs, even though her students think a class about business is none of their business.

“I thought of it like, ‘I’m just gonna pass this class, so I get the credit and get on,’” Reeves said.

Mrs. McCoo says a lot of students don’t see the point in her class.

At least, not at first.

“When I began to share other things, ‘Whoa, Mrs. McCoo, you just blew my mind. I didn’t even know that existed,’” said McCoo. “They expected just this because this is what they see, but when you open up that world then they go beyond their expectation.”

Her goal isn’t to make future business owners, it’s more just to make futures. Most of the kids in her class have never traveled outside their own neighborhood, but Mrs. McCoo has shown them a different world through education.

The kids say you’d be hard-pressed to find another teacher with as much passion as Mrs. McCoo.

“You can tell she enjoys what she does,” Carreon said.

In fact, the ones who once dreaded her class now appreciate it the most.

“The way that she made everybody engaged, that pushed it out of me,” Reeves said.

“You don’t have to stay here just because this is where you started,” McCoo said. “So when that light bulb goes off it excites me because I remember when my light bulb went off.”

Thanks to Mrs. McCoo and many, many teachers before her, Bryan Adams is now one of the top schools in the district. It’s that kind of care that led her to Chicago earlier this summer.

Each year the Network for Teaching Entrepreneurship, or NFTE, gives out an award to the best entrepreneurial teacher in the country.

This year’s contest was no contest.

Mrs. McCoo, who was promoted to early college coordinator this year, won $15,000 and another $5,000 for the school, but her students say she’s invaluable.

“It was just the way that she engaged us and pushed us to be better,” said Reeves.

“I live my life as one who wants to serve others, and this is how I get to do it,” McCoo said.

Obviously, it can be pretty rewarding.