Siblings spend summer learning the value of giving back: Shoe drive helps kids across the world

Their shoe drive will help kids in Fort Worth and around the world. 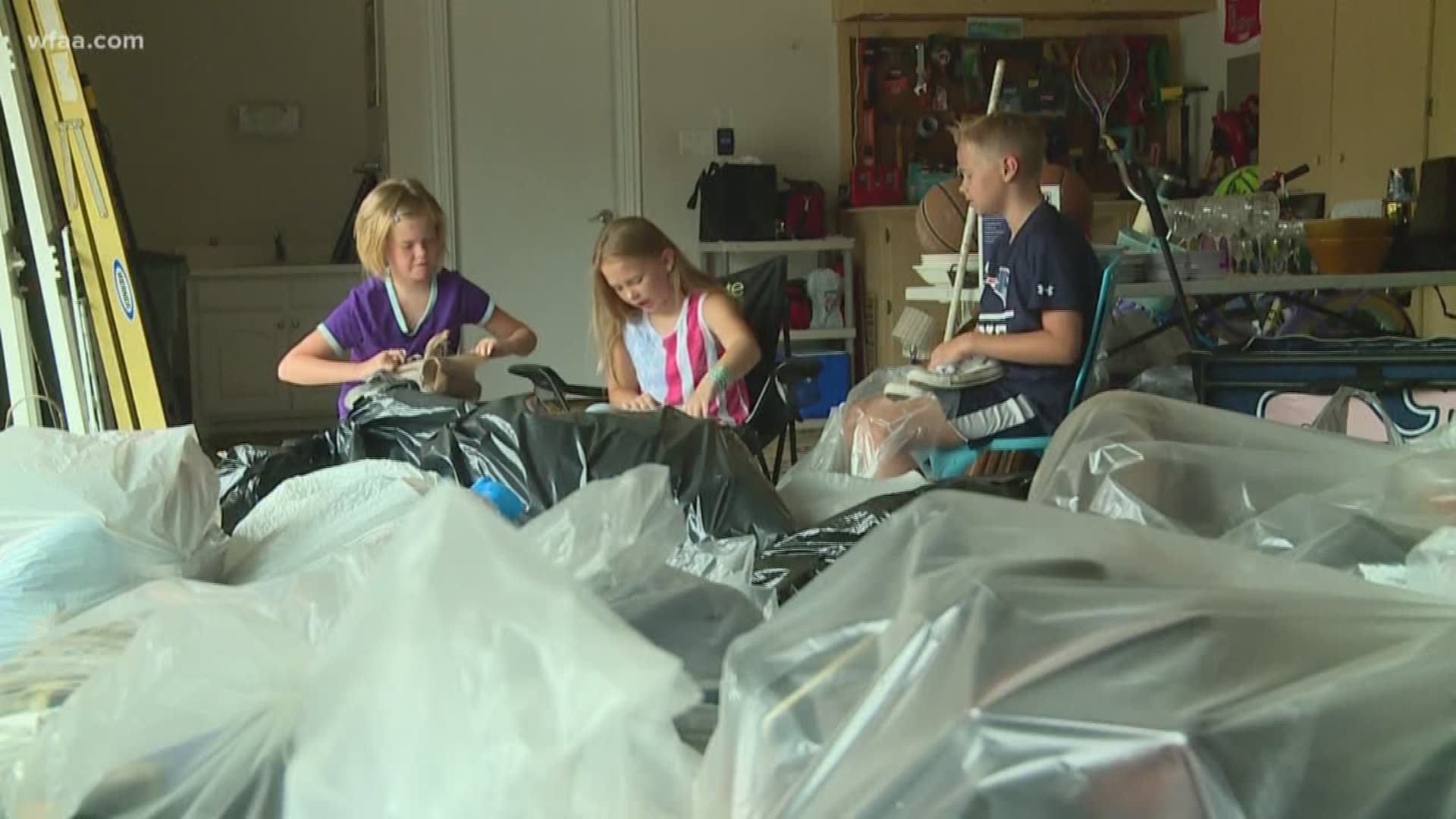 If you’re a kid growing up in Keller, a day on the playground is the life. At least, that’s what Stephanie Grant wanted her three children to understand.

“They’re very gifted kids, they’re very privileged kids. They have a lot,” she said. “It was a priority for me to make sure that they know that not everybody has all of those things.”

So to help her kids realize just how good they’ve got it, Stephanie came up with a plan to help others.

Her idea? A shoe drive.

Although it took some encouraging, Stephanie’s kids have hit the ground running.

Over the past two months, they have collected, sorted and bagged nearly 2,000 pairs of old shoes. Along the way, they read stories about the people they were helping.

“We need to think about other people more than ourselves,” 10-year-old Lauren said.

The more they learned, the more they walked in someone else’s shoes. “It would hurt me inside seeing other people hurt,” Taylor said.

“I’m honestly really selfish inside, probably even more selfish than these two,” 12-year-old Colton said. “And every time I tried to promise that I’ll do better I failed.”

But, they say, by giving so much of their hearts and “soles," something changed.

“After [this] I always feel so grateful for what I have.”

That’s why they’ve partnered with an organization called Funds2Orgs, which buys used shoes and then refurbishes them to help people all over the world.

The kids hope to collect enough shoes to earn $1,000. They plan to give all the money to Sunshine Spaces, a charity in Fort Worth that serves children with life-threatening illnesses.

This project has opened their eyes to a world far beyond their own. But even more, they say they appreciate what they’ve got now more than ever.

“I feel bad for her [mom],” Colton said, as a tear ran down his cheek. “I know she’s only trying to do what’s best for me and I respect that.”

Sounds like they’ve collected a lot more than just shoes.

Anyone interested in donating can drop off a pair of new or used shoes to the Super Target at the corner of Davis and Precinct Line Road in North Richland Hills by August 15.