'We don't have any options': Fort Worth families with no internet, other needs worried about upcoming school year

Dallas and Fort Worth rank among the worst in the country for WiFi connectivity and many families have childcare needs they can't afford. 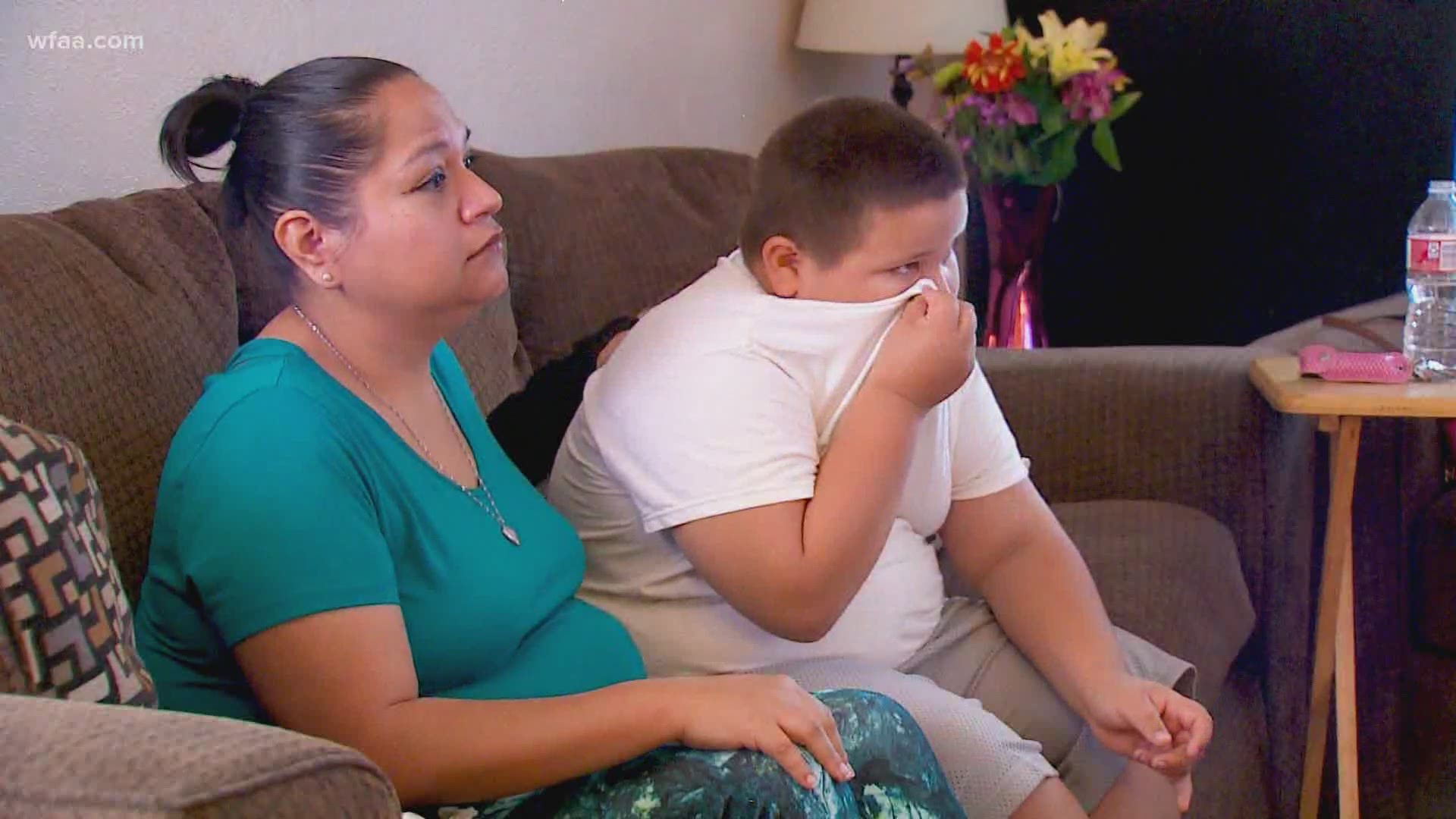 FORT WORTH, Texas — COVID-19 has highlighted disparities in every part of life, and that contrast might be clearest when it comes to education.

Tarrant County announced Tuesday in-person school would be pushed back to at least September 28, but the order contains exceptions for students without internet or with another “special need." The reality is that there are thousands of families that fall under that exception.

There are countless families that don’t have a choice between online and in-person learning, but not having a choice doesn’t make the decision any easier.

“I think it’s of the utmost importance that the children are kept safe,” Armstrong said, sitting on the steps just outside the school’s auditorium.

She estimates just 30 percent of families in the area have internet, and she isn’t one of them.

“It is a luxury,” Armstrong said. “[It's] either food, medicine, or the internet and you can’t afford it.”

RELATED: As the pandemic continues, it's time to see the internet as a utility

Districts across North Texas say they’re giving families a choice between in-person and online, but for many, there was only ever one option.

Cecilia Vallejo’s family is one of them.

“Not everybody’s situation is the same,” Vallejo said. “I think there’s more people out than people actually know.”

Vallejo lives in the Diamond Hill neighborhood, and her situation is a son in second grade, a husband working overnights as a truck driver and sleeping during the day, and her own chronic health condition that leaves her hospitalized an average of 14 weeks a year.

“There’s nothing we can do, and it worries me,” Vallejo said. “We don’t have any options.”

She knows she’s at a high risk of having complications with COVID-19, so if the virus comes home, it will be tough to fight it off.

“My hands are tied,” Vallejo said. “He has to go to school.”

A recent report from the Texas Education Agency put numbers on the academic gap.

Using national numbers of progression in math classes, the data showed high-income students progressed about 5 percent better after schools closed, but for low-income students, there was a more than 55 percent drop.

“We expect to see historic academic regression,” Fort Worth superintendent Kent Scribner said in a press conference Tuesday. “We do not want to let this public health crisis result in a generational education crisis.”

In April, Fort Worth ISD bought 6,000 hotspots along with Chromebooks. Armstrong's family didn’t get either.

“This is a systemic problem,” Scribner said. “The educational gap will only be reinforced when some students have resources that others don’t.”

But even if they get the resources they need, Armstrong points out there are many grandparents raising children who wouldn’t be able to troubleshoot any issues.

“Older people are not computer literate and I can say that for myself,” she said. “If the parents aren’t tutoring, you’ll have them playing games, or whatever because they’re children.”

Parents care most about a child’s health, education and future, and the pandemic has put all of those at risk.

“I just hope that whatever I do doesn’t end up affecting him,” Vallejo said. “As much as I want to, I can’t have him here all the time because I can’t help it.”

“Without education, the children just don’t have a good start to life,” Armstrong said.