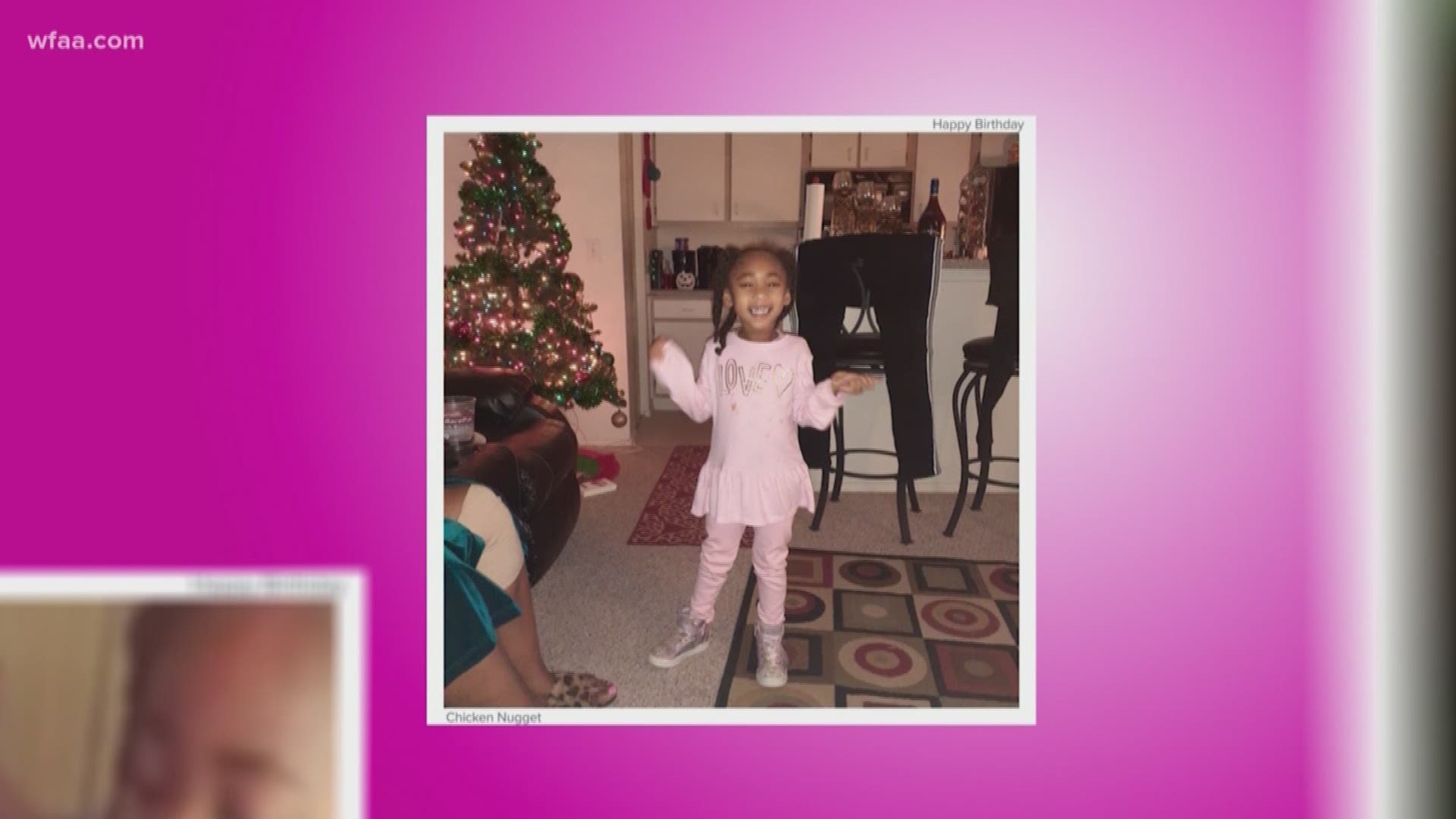 DESOTO, Texas — The impact of community policing can be surprising, for some. And for Fort Worth Deputy City Marshal Bryan Woodard, it’s developing in the unique bond he’s building with a 3-year-old child in Dallas.

People from across the country are working to make a surprise birthday party special for Woodard’s young mentee named Alexis.

Presents and cards began flowing in after Woodard announced he wanted to plan a big unicorn-themed party for her fourth birthday, on Saturday, Feb. 8.

Woodard has been building a bond with Alexis and her family ever since meeting them at a car wash a couple of years ago. Woodard gave Alexis and her older sister stickers he’s been known to carry for children. He describes Alexis as his little buddy and mentee. Woodard’s nicknamed her ‘Chicken Nugget’. He says that’s a snack she often enjoys.

Woodard’s home and a salon he owns in Oak Cliff are packed with birthday gifts that people are shipping in for Alexis. Many of his social media followers sent items including dolls, unicorn-themed clothing and bedding, a bicycle, and a variety of toys.

The deputy, who isn’t married nor has children of his own, said Chicken Nugget’s single mom works hard and the family has been dealing with some challenges. Woodard offers the child encouragement and friendliness when she’s having bad days.

"I've tried to fill in that gap with happiness," Woodard explained.

The deputy’s been sharing stories and videos on Facebook about his times mentoring Alexis. Woodard’s followers grew excited when he announced the idea of throwing the child a surprise party on Saturday.

"She loves police officers,” Woodard said. “And she loves unicorns. That's what makes her special."

Folks captivated by Woodard and Alexis’ friendship are pitching in to help. The deputy is inviting other singe parents to bring their children to the party to help celebrate Alexis’ birthday.

Woodard explained, “If you have little girls and they like wearing tutus…bring them. I've gotten emails, saying can little boys come too. You know, boys love trampolines too. Bring them on! Bring them on!"