Two arrested, one more sought after at least 8 violent robberies in Fort Worth

Isaiah James, 17, is one of two teenage suspects in the robberies, police say. Most of the crimes happened near the Hulen Mall. 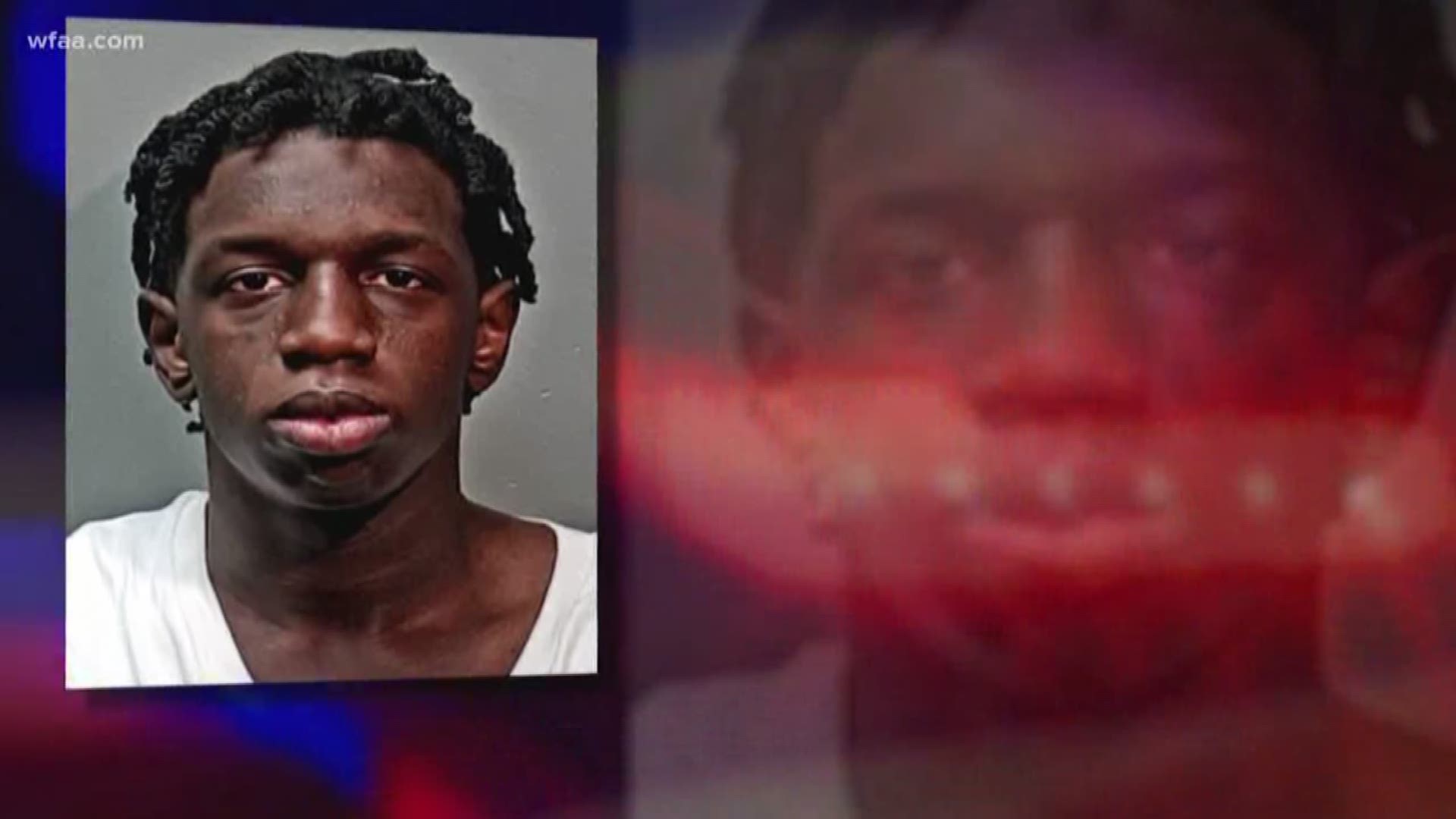 FORT WORTH, Texas — Fort Worth police say they are writing an arrest warrant for the third of three suspects who are wanted in connection with at least eight violent robberies this month, most of which happened near a stretch of South Hulen Street near the Hulen Mall.

"I was leaving Michaels," says a woman named Shannon. "I'd just run in to pick up some pens."

It's an errand she's run countless times, but her bruises show this was no ordinary event.

"When it was happening, I just thought this was unbelievable, and so I started screaming," she said.

Shannon, who asked us to withhold her last name because she's scared, said she was walking to her car Thursday night outside the Michaels on Overton Ridge Boulevard near Hulen Street when a "clean-cut" teenage boy started walking next to her. She said he then grabbed her phone. They fought over it, and then he started trying to steal her purse.

"Just grabbing it as hard as he could," she said.

She ended up on the ground, her skin bruised and skinned, as the teenager got away with her purse and her sense of safety. She said another teen drove the getaway car.

Shannon's robbery turned out to be one of at least eight violent robberies committed by the same three people between November 10 and November 16, Fort Worth police said.

The majority of the crimes happened outside businesses near the Hulen Mall, including a Chase Bank and Buffalo Wild Wings on Hulen Street.

"I can tell you right now that three suspects have been identified," Fort Worth officer Buddy Calzada said Tuesday.

Two of the suspects are in custody: 17-year-old Isaiah James and an unidentified 16-year-old. The third, an adult, should be arrested soon, Calzada said.

"[The suspect] began punching the victim in the head at least 11 times," Calzada said of a robbery at the Chase Bank ATM at 4600 S. Hulen St.

In another case, also at the ATM, the suspects shot at the victim.

Police said other locations where crimes happened were at La Gran Plaza, Abuelo's at the Hulen Mall, Jack in the Box at 1001 S. Freeway and an unnamed plasma center.

Police said they're upping patrols at local malls, including the Hulen Mall, for the holidays, but considering what just happened, police urge people to stay aware.

"I thought in daylight with lots of people around, I would be fine," she said.

She wants hers to be a cautionary tale so others don't end up hurt, or worse, this holiday season.