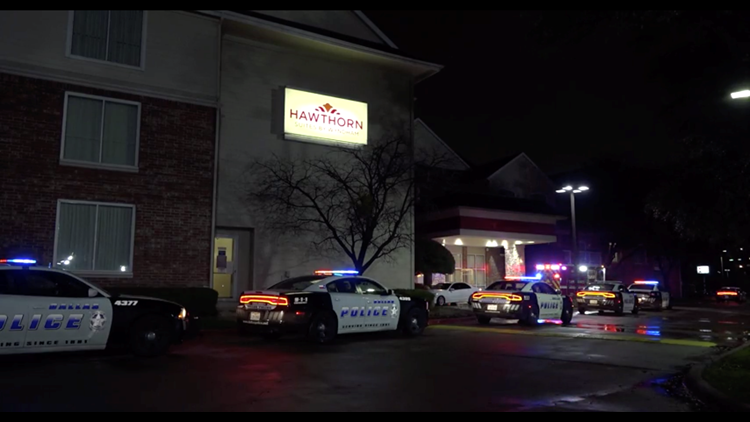 One person was shot and killed at a Hawthorn Suites by Wyndham hotel in Far North Dallas on Saturday, Dallas police said.

Officers responded to a shooting call at the three-star hotel around 4:15 a.m.

When they arrived at the hotel, located at 7880 Alpha Road, officers found a man, identified as Corey Crosby, had been shot multiple times and killed, according to police.

No suspects were in custody as of Saturday afternoon.