'It's kept me up a lot of nights': Thanksgiving cold case haunts Granbury Police Department

Holly Palmer was killed around the Thanksgiving holiday in 1988. Her family is trying to have her body exhumed and tested for DNA. 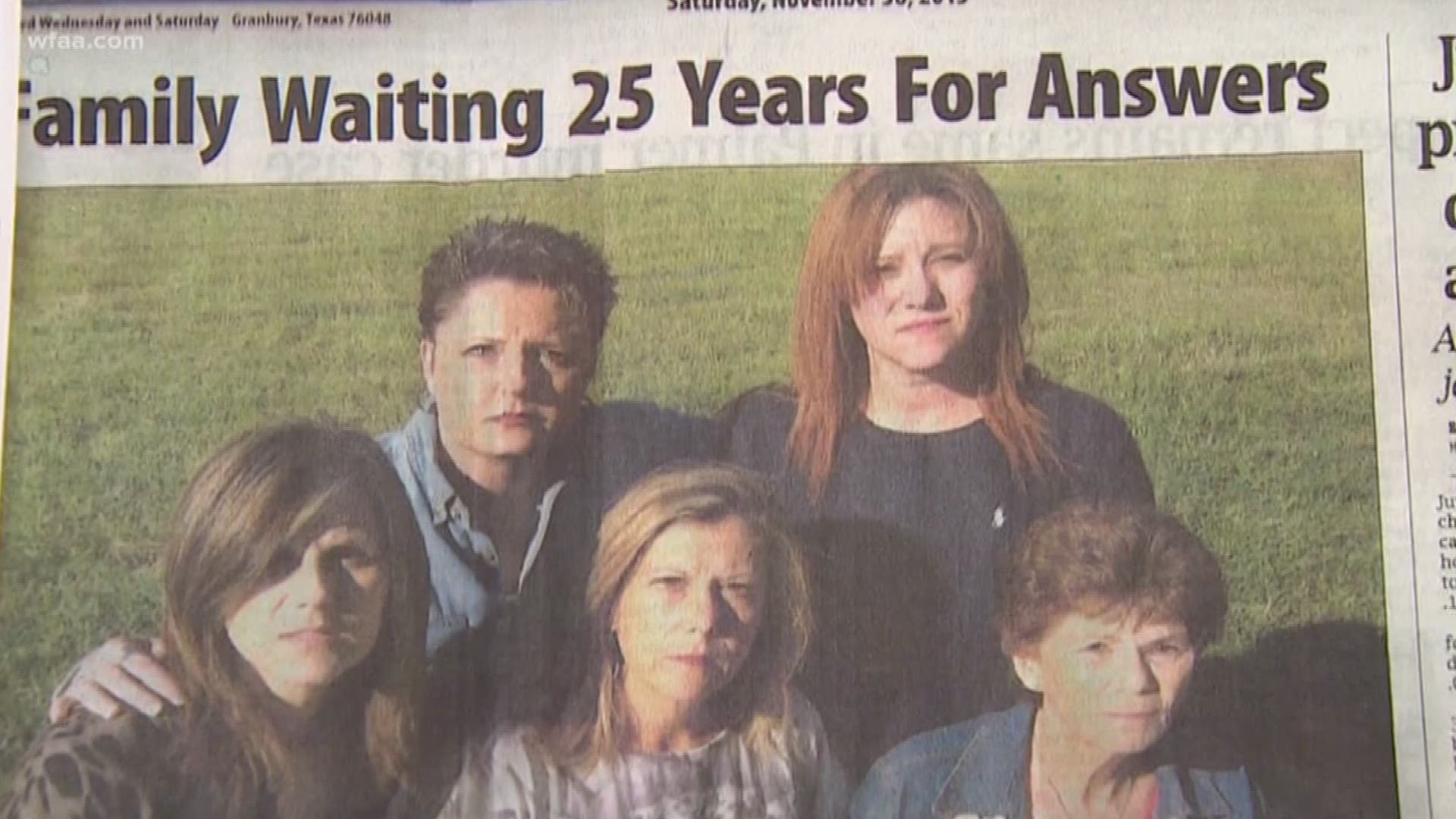 GRANBURY, Texas — As the City of Granbury prepares the town square for yet another holiday season, one of its families prepares for another year that's passed without answers.

"We are thankful," Dolly Spinner said. "And we're still thankful we have what is left of our family, but we ache at this time of year."

It was around Thanksgiving in 1988 when Spinner's sister, Holly Palmer, was found beaten to death at the Granbury bus depot where she worked. She was 23.

In the more than three decades since her murder, Palmer's case remains unsolved.

"It has kept me up a lot of nights," said Lt. Russell Grizzard, with the Granbury Police Department. "Yes, it sure has."

Grizzard was assigned to Palmer's cold case nearly 20 years ago.

"Obviously, there’s been some problems proving who did this," he said. "We do have a suspect. We’ve had a suspect for many years."

But police say some feel there isn't enough evidence to arrest that person.

"It's up to other people to decide if the case is strong enough to go to court," said Chief Mitch Galvan, with Granbury police.

WFAA asked if that meant the district attorney's office.

"Several people are going to have to make that decision, not just one," Galvan said.

Meanwhile, Palmer's family continues to raise funds in the hopes they can exhume her body and test for DNA evidence.

"If that happens, I'd be more than willing to see what's there," Grizzard said.

The murder happened at the corner of West Pearl and Stone streets in Granbury. The space was the bus depot at the time, but is now just an empty field next door to the sheriff’s office.

Every year as the anniversary of Palmer’s murder approaches, her family puts out signs in the field that read "Who Killed Holly? 1988" as a reminder that the crime remains unsolved.

It hit home for friend Robert West, who pulled over when he saw WFAA at the site capturing video of the signs.

"She was one of the nicest people you’d ever want to meet," West said. "For someone to do something like that to her, it's just wrong."

He said he still hopes for justice. So do the police and Palmer's family.

"We’re committed to getting this thing solved and prosecuted," Galvan said.

"I'll never ever stop looking for justice for my sister, never," Spinner said.

For the latest on the case, you can follow developments on the Who Killed Holly Palmer Facebook page.