A weekly class in Oak Cliff helps men focus on health and wellness needs in a safe and supportive space. 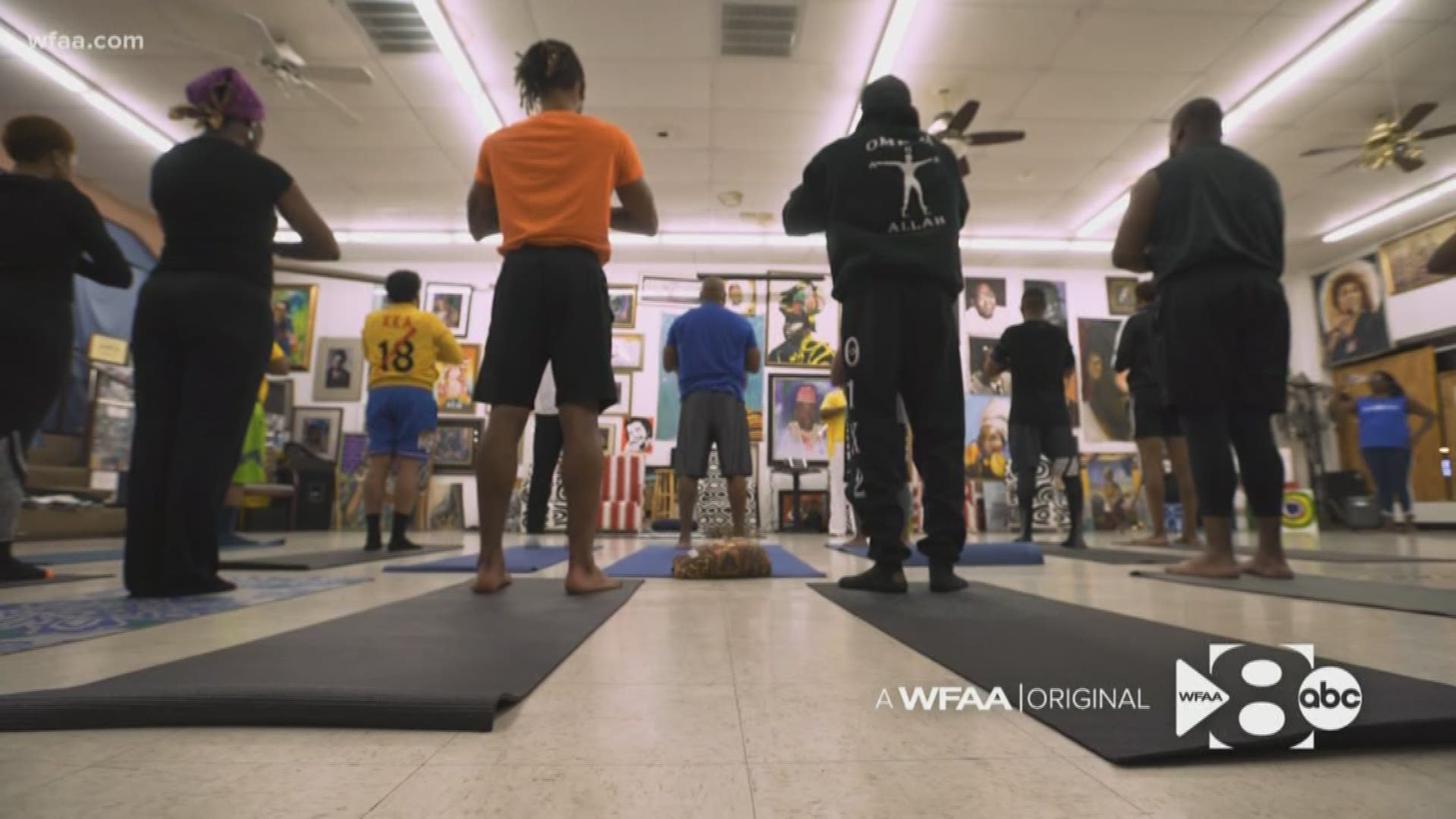 There is a space where a group of men gathers every Thursday in Oak Cliff.

The fellas enter the safe space to release stress and burdens of the week – shifting their focus on connecting their minds, bodies, and positive energy.

“Come on in,” says Sherri Doucette as she greets those attending her class at Pan African Connection.

Doucette is the Founder of Litehouse Wellness. She is also an instructor –guiding men through a class she's calling "Broga."

It's a different approach to an ancient practice.

Doucette says the idea behind Broga is personal. Her husband, Baba Groden, was diagnosed with a preventable cancer when he was 44.

“He said to me, 'You know baby, when I get better, I want to talk to brothers about doing better,'" she said.

"Better did not come for him," she said.

Now she is teaching men about taking health seriously and making changes before it’s too late.

"A lot of times, we’ve been taught or have seen examples where we keep everything in," he said. "We keep everything bottled up. But as a result, we end up having health problems, end up on medications.”

'Everybody comes in with baggage'

Some of the men in the class admit the idea of doing yoga was intimidating, at first.

And some women do attend the Broga class. No one is turned away.

During class, yogis spend an hour stretching and breathing – releasing all sorts of stresses they've been carrying.

“It’s stress from the job," said Malik Doucette. "Stress from their families. Stress from... relationships – just the day itself. So, when we come in here, everybody comes in with baggage.”

That baggage is compounded by some additional alarming realities.

A recent study from the Parkland Health & Hospital System revealed African Americans who live in southern Dallas are the most likely to be unhealthy.

Heart disease, stroke, diabetes, and cancer are high in that area. Communities across the region have the least access to health care.

”With yoga, it’s something you cannot rush," said Qualon Fort. "You can’t cheat. You’ve got to really test yourself and do it right."

It's a practice aimed at personal care

"It is the best release of stress, and it’s positive," Johnson said.

For Johnson, it’s about brothers encouraging one another, one day a week, on a path to wellness.

The classes are donation-based. To learn more about Broga, you can visit: litehousewellness.org.