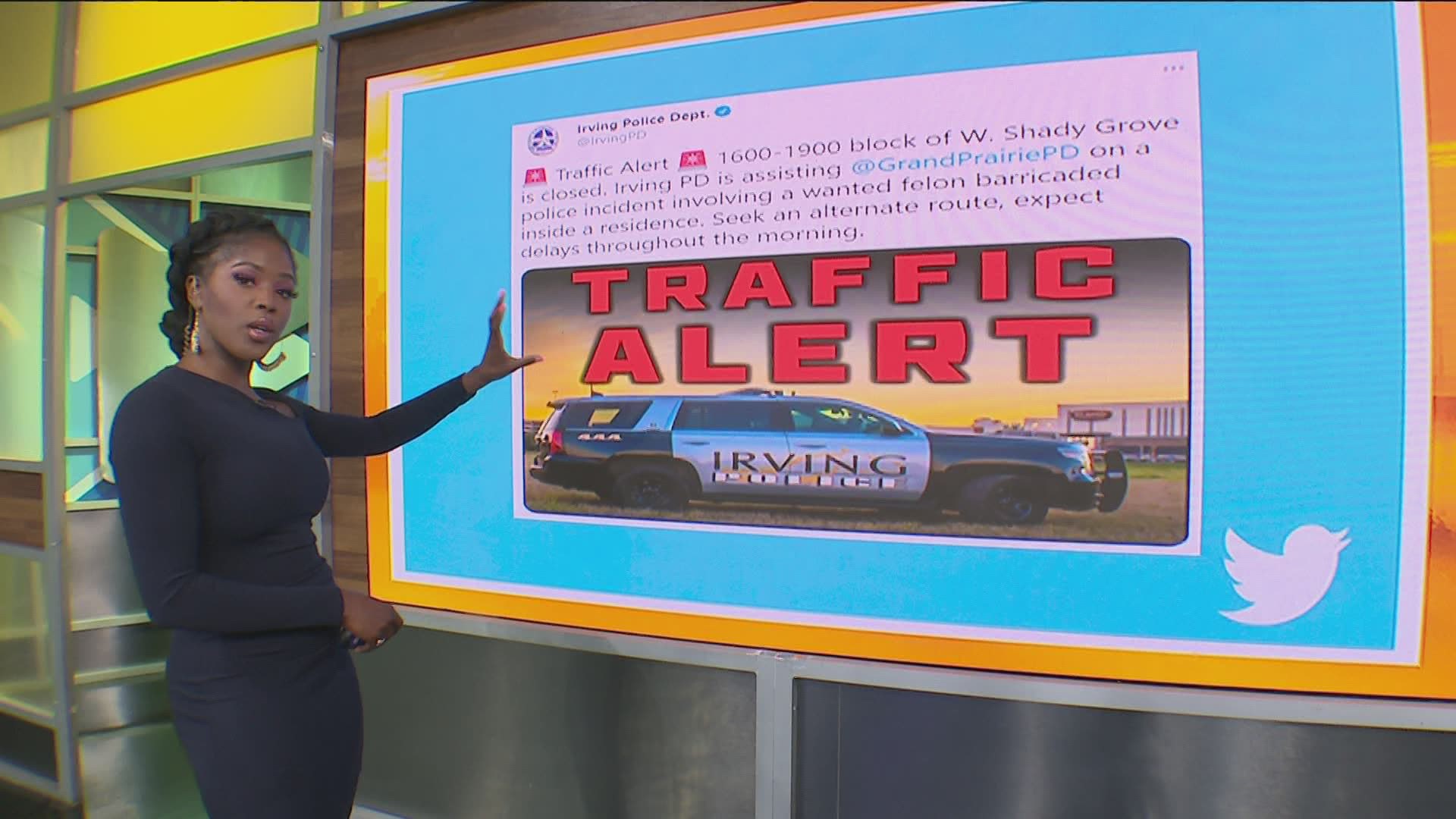 IRVING, Texas — Editor's note: The video above aired when the standoff was still active. The suspect has been taken into custody.

Grand Prairie police released new details about a pursuit that ended with a standoff between the suspect and officers Thursday morning.

Authorities said Romero failed to stop and that’s when the pursuit ensued. It ended near the 1700 block of West Shady Grove in Irving.

Around 5 a.m., Irving police tweeted that the area between the 1600 and 1900 blocks of West Shady Grove were closed due to Romero running into a residence and barricading himself.

The Grand Prairie Police SWAT team responded to the scene and took Romero into custody around 6:30 a.m. without incident, officials said.

Police said Romero is currently booked into the Grand Prairie Detention Center where he faces multiple charges including evading arrest.

Officials said Romero also had two warrants out of Dallas County for aggravated assault with a deadly weapon and unlawfully carrying a weapon.

Shady Grove is back open. The suspect is in custody without incident—no injuries to anyone.

🚨 Traffic Alert 🚨 1600-1900 block of W. Shady Grove is closed. Irving PD is assisting @GrandPrairiePD on a police incident involving a wanted felon barricaded inside a residence. Seek an alternate route, expect delays throughout the morning. pic.twitter.com/6SAk89Fule

Editor's note: The video below is from a different story: