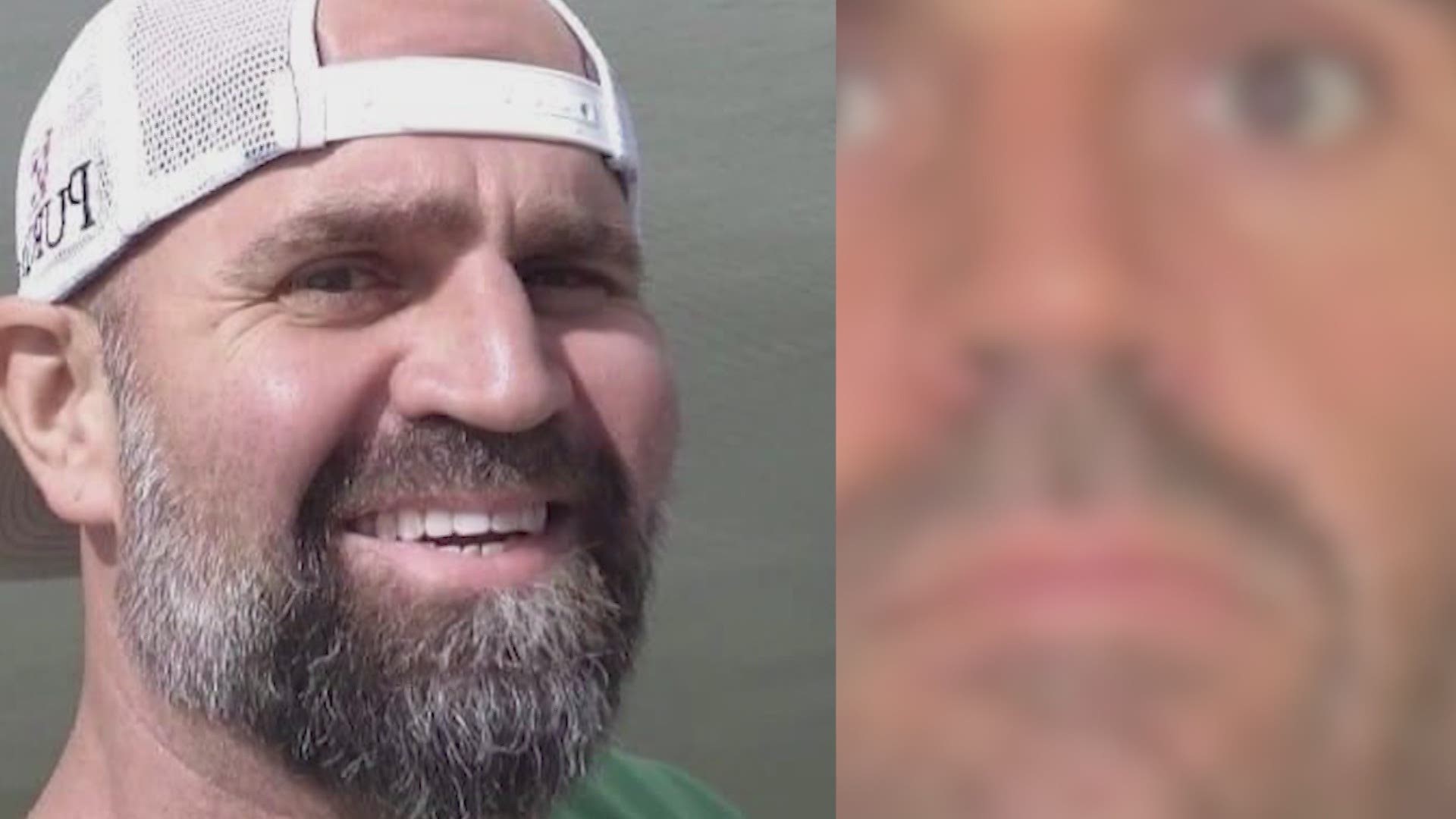 Wood is described as 6'2", 200 lbs., with a bald head and a full beard. A Blue Alert, issued for a suspect accused of seriously hurting or killing a law enforcement officers, is active for Wood as of Monday. According to the alert, Wood was last seen wearing a baseball cap with a camo bandana, a green shirt, vest, shorts and black sunglasses.

Tuesday night, Wise County officials expanded the Blue Alert to go statewide. Wednesday at 2:50 p.m., that Blue Alert was canceled, but officials said Wood is still at large. Wise County Sheriff Lane Akin said the alert was canceled because too many people were complaining about receiving the alerts on their phones. Wood is not in custody and law enforcement officials are, in fact, expanding their search for him.

"When we heard it was one of our own that had been shot, there was a real sense of dread that fell over us," said Wise County Sheriff Lane Akin.

Sheriff Akin said Wood was wanted for a home invasion robbery from the night before when two officers stopped him on his motorcycle. He shot one officer in the leg before escaping, according to officials. A woman who was riding with him was taken into custody but later released, the sheriff said.

"We expect once he sees that photograph, he'll do what he can to kind of change his appearance," Sheriff Akin said.

The Texas Department of Criminal Justice said Wood, who lives in Azle, previously served prison time for robbery and burglary of a habitation. The Lubbock County District Clerk's office confirmed those convictions, stemming from incidents in 2012. He began a 10-year sentence in 2014, however served only half of it, and was released in 2019. The reason for his parole, according to the Texas Board of Pardon and Paroles, was that Wood "maintained a satisfactory institutional adjustment."

A non-profit organization in Tarrant County told WFAA Monday they'd previously helped Wood, who told them he was a veteran.

Now, Wood is on the run and considered dangerous, according to authorities. Sheriff Akin said they also found meth in Wood's motorcycle. After he shot the officer, officers returned 10 rounds, but Akin said there was no indication Wood was shot.

"We hope to have him in jail in a matter of days," he said. "We think this is a dangerous guy. I know he had an intent to hurt one of our officers. I don't know if he’ll be that way every time, but we know one thing is for sure: someone who’s using methamphetamines is very unpredictable and we think that’s the case here."

As for the officer, he's at home recovering, having been released from JPS Hospital very early Monday morning. The officer hasn't been identified yet, but Lake Worth Police Chief J.T. Manoushagian said he is a close friend of his.

"When I was a teenager, this officer took the time to invest in me and show me the positive side of law enforcement," he wrote to WFAA in an email, adding the officer has served communities in Wise County for more than 20 years. "He has a beautiful, supportive family, and I can confidently say he is a family man.

"The entire law enforcement community sends our prayers for quick healing, and for the suspect to be caught and brought to justice without further violence," the chief concluded.