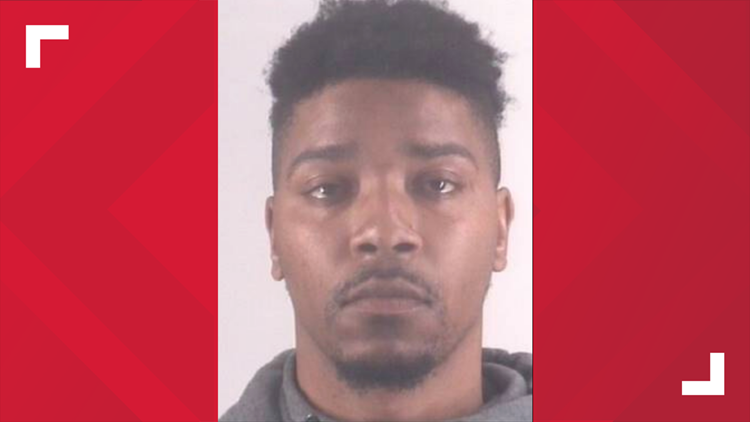 Boykin, 26, will spend three years in prison for aggravated assault and tampering with a witness, prosecutor Allenna Bangs said.

He will also spend 180 days in the Tarrant County jail for the misdemeanors of theft of services and theft of property.

Boykin was arrested in Tarrant County in June 2019 on one charge of aggravated assault of a family member with a deadly weapon and one charge of tampering with a witness.

Those charges stemmed from a March 2018 incident in which Boykin beat his girlfriend Shabrika Bailey so badly that she was hospitalized and had her jaw wired shut.

Court documents obtained by WFAA showed that Boykin had cleaned up the crime scene, and police found evidence of blood in Boykin's Mansfield home.

The Seattle Seahawks cut Boykin after the allegations.

In December 2019, Boykin faced new criminal charges after he failed to pay for a hotel room in Arlington, officials said.

Boykin had been in the Tarrant County jail since November 2019, but several new charges had been added to his record recently, including two theft charges this week after he was accused of taking fans' money for TCU merchandise without paying them for it, affidavits show.

A third misdemeanor theft charge was added Dec. 9 by Arlington police in connection with an October incident, when he used a fake name to check into a hotel and then didn't pay for the room.

Boykin's trouble with the law started in 2015, two days before the 2016 Alamo Bowl between the TCU Horned Frogs and the Oregon Ducks.

In San Antonio before the game, Boykin got into a fight at a Pat O'Brien's and then assaulted a police officer. He was later arrested and charged with assaulting a public servant, including bodily injury. He was suspended from play in the Alamo Bowl.

In June 2016, Boykin pleaded no contest to resisting arrest in the Alamo Bowl incident and received one-year probation, dismissing the police assault charge. He was fined $1,500 and ordered to apologize to the arresting officer.

In March 2017, Boykin was arrested for public intoxication and possession of marijuana after the car he was riding in crashed into a bar in Uptown Dallas.

Then in April 2017, Boykin was arrested in San Antonio after turning himself in for a violation of his June 2016 probation in the Uptown incident.

Bailey told WFAA back in 2018 that she had woken up in a puddle of blood on the kitchen floor after Boykin attacked her. He then tried to clean her up before taking her to the hospital in Mesquite.

Bailey, who said she had been in a relationship with Boykin since their high school days in Mesquite, said it began with an argument over a text message he wanted to see on her phone. She said she refused to unlock the phone.

Bailey says Boykin eventually dragged her to a bathtub, took her clothes off and tried to clean her up. Hours later, on Wednesday, she said Boykin drove her to Dallas Regional Medical Center in Mesquite. But when hospital staff separated the couple and began asking them questions independently, she said Boykin fled the hospital and never returned.

Bailey suffered a broken jaw on both her left and right sides. Then, because she was having difficulty breathing from a swollen and constricted airway, she was airlifted to Parkland Memorial Hospital in Dallas for further treatment. She was released from the hospital on Saturday, three days later.

"And I've never seen that much blood. I thought I was bleeding from somewhere else cause it was so much blood, completely," Bailey said.

"Mr. Boykin has failed to take responsibility for any of his assaultive and criminal behavior up until this point," Bangs said in a statement. "The victim in this case sustained a long-standing relationship of abuse by Mr. Boykin and, along with our office, feels his prison sentence is vindication for what she endured and the consequences he was able to avoid in the past because of his ability on the football field.”