Time- and date-stamped footage shows what appears to be 18-year-old Darriyn Brown checking if cars are locked in a driveway. 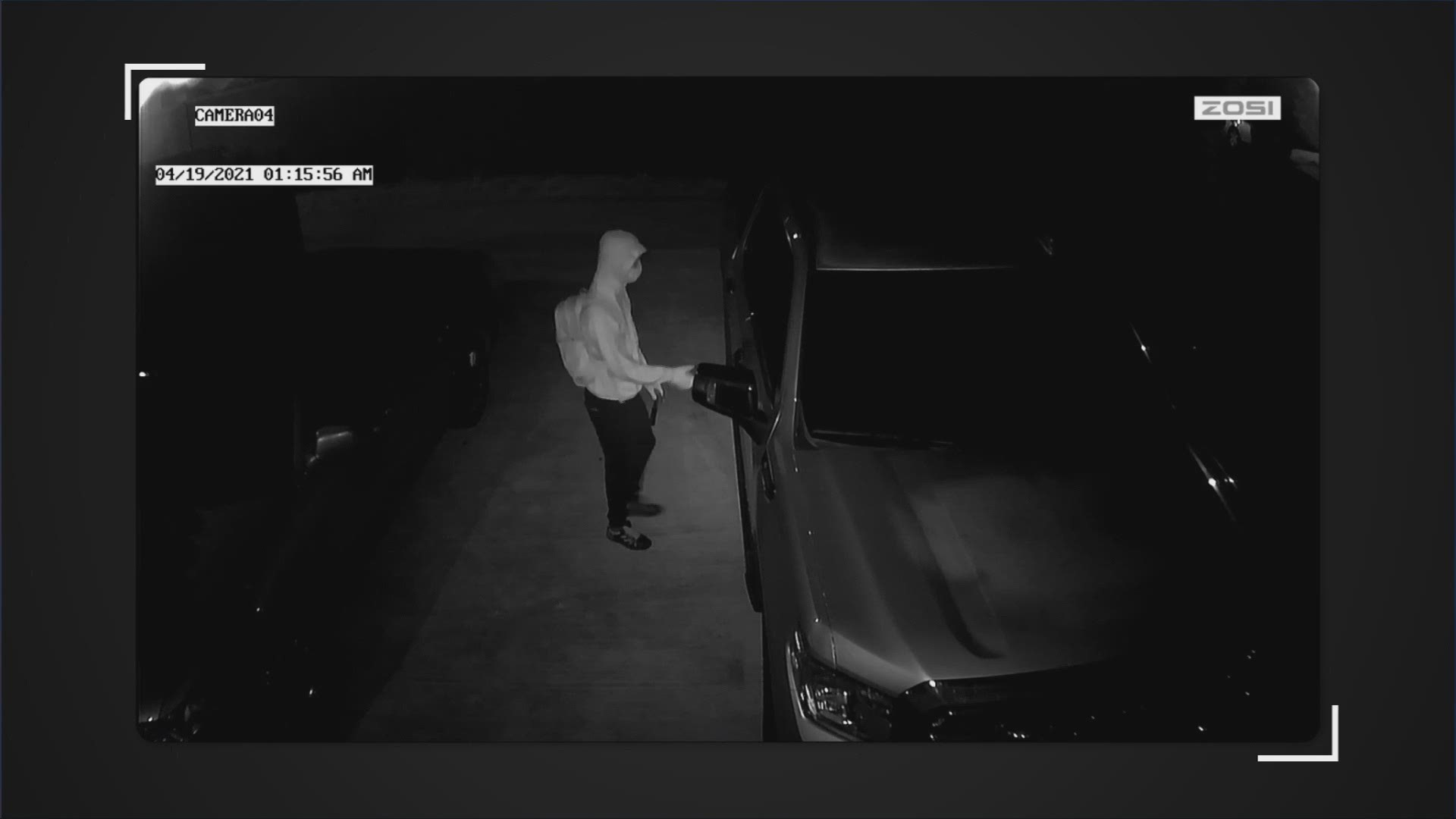 DALLAS, Texas — Neighbors of 4-year-old Cash Gernon gathered Monday night with city leaders, pleading for a better police presence in their far southwest Dallas neighborhood after Gernon was found dead in the street on May 15.

His death has been ruled a homicide by the Dallas County Medical Examiner's Office.

Gernon was found by a passer-by, Antwainese Alford, on the morning of the 15th.

"It's really traumatizing to see that," Alford said at the meeting. "And I'm afraid."

She called 911, and an investigation began. Later, home surveillance footage showed young Gernon being picked up out of his crib and taken away around 5 a.m., police said.

18-year-old Darriyn Brown is now charged with kidnapping and theft charges in connection to Gernon's death. A murder charge might be on the way, depending on the return of forensic evidence, police and city sources told WFAA.

Brown's arrest documents don't offer any motive or detail as to why he might have taken the boy.

Gernon and his twin brother were cared for by a woman who was not their biological mother or relative, but a friend of their father's, who has been out of their lives since March, according to police.

They were staying in the 7500 block of Florina Parkway.

The surviving brother is now with his mother, who reportedly lives in Houston.

It's less than 5 minutes away from where Gernon's body was found.

The meeting was called by Thomas, who lives near the neighborhood, and called the meeting a night for healing.

"We're hurting, we're hurting," Thomas said in the gym. "And when I asked for these city leaders and our police to be here, they came knowing they were needed."

But something he said after is what the meeting would mostly focus on.

"When I drove from headquarters, I didn't realize how far this would be," Garcia said, only being on the job for four months.

Many of the neighbors said it takes too long for officers to respond to their calls for service and asked for a substation to be built in the area, which is not easy to come by.

A few other neighbors said during the meeting that they reported Brown to the police several times and had no follow-ups on their calls before Gernon was killed.

One neighbor shared a video with WFAA of a man who appears to be Brown on April 19, checking on door handles in his driveway to see if they're unlocked.

In another security still from that night, a clearer photo of Brown is shown as he's in the process of breaking a home surveillance camera, the man said.

"How do we make sure that this doesn't happen again?" the neighbor who didn't want to be identified said to Garcia. "We called a month ago, and now a child's dead."

After the meeting, that neighbor later told WFAA that they picked Brown out of a lineup after the teen was arrested in connection to Cash's death to further the investigation.