'I am the American Dream': Migrant from Mexico opens his own Latino-themed bar and jewelry store in Bishop Arts District

The Trove is becoming the crown jewel of the Bishop Arts District in Dallas. Jaime Uribe says it was a long and painful path to get there. 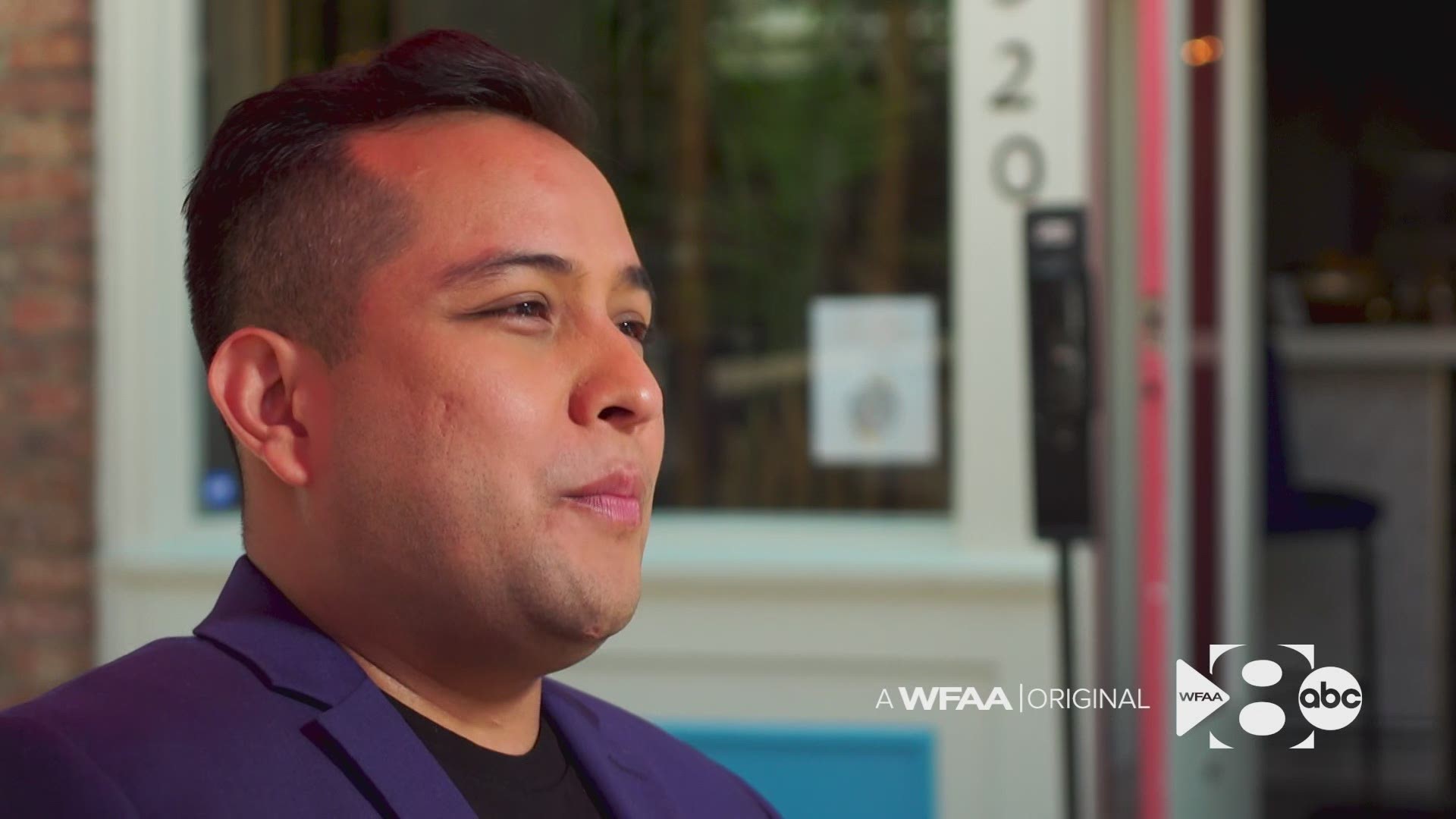 It’s a jewelry store, restaurant and lounge combined with a Mexican flair.

”The Trove is the store with something delicate and valuable inside, so it’s the jewelry, the drinks, the food, the atmosphere,” said co-owner Jaime Uribe.

The owners bring in jewelry from Latin America that’s designed by artists there.

For example, one designer takes feathers and makes them into jewelry.

”We were really looking for uniqueness and the artists and technique and style,” Gonzales said.

Uribe and Gonzales say they had a dream to launch a business and create jobs in a predominantly Latino area.

But the journey to get here goes back more than 30 years when Uribe was only 6 years old.

He said his family lost everything in the early ’90s when the Mexican economy tanked. His family owned a hotel and restaurant but they had to shut them down.

”A lot of people started immigrating at the time,” Uribe said.

His family decided to immigrate to the U.S. for a better life, but the path to get here was dangerous.

”At the time we didn’t know. We were little kids. We just said, 'OK.' And we just do what the parents do,” said Uribe.

First, his parents paid smugglers who took them to what’s called a drop house. It’s a place where smugglers hold immigrants. Sometimes they are crammed in with others and they’re given little food or water.

”It was all very risky,” Uribe said.

He said his family, like so many others, eventually waded across the Rio Grande.

”I still have flashbacks of whenever we were on the river,” Uribe said.

And when they made it across, they were put inside a hot truck and taken to Houston.

”It was like, hide yourself, be in the back of the truck, don’t talk and don’t say anything,” said Uribe.

After years of struggling and hard work, Uribe and his family became U.S. citizens.

”I went through college, high school, English classes,” he said.

He says he told his mom he wanted to live the American Dream but also remember where he came from.

”I said I wanted to open something related to Mexico,” Uribe said.

“It’s hard for them to get promoted and we really wanted to help those artists,” Gonzales said.

The couple says they watch the news of the immigration crisis at the border and the politics that surround it. But they want people to know that you can immigrate here, work hard and be successful.

And as the Spanish motto goes: Si se puede.