The man who died was 18 years old, police said. 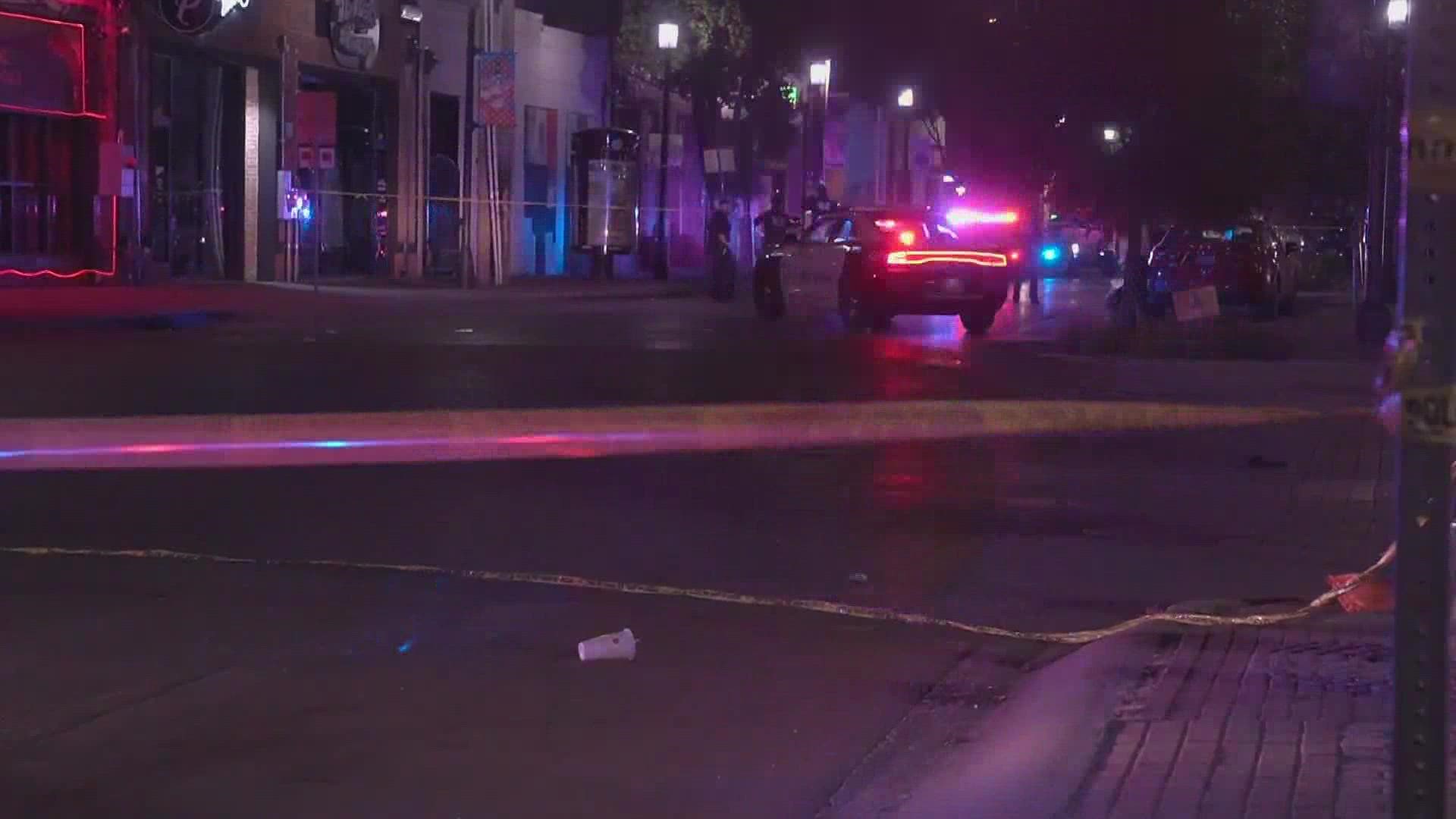 DALLAS — This story will be updated throughout the day Sunday.

An 18-year-old died, a 19-year-old was critically shot and four other people were injured when gunfire broke out early Sunday in Deep Ellum, Dallas police said.

The incident happened shortly before 12:45 a.m. near the intersection of North Malcolm X Boulevard and Main Street.

Police officers working in the area heard gunshots and saw Lathaniel Pearson, 18, "pointing a gun," officials allege. They ordered him to drop it, which he did, but he then ran from officers before they caught up to him.

Gunshots continued to ring out in the area, though. Police said they believe multiple other people were firing weapons, but did not provide any additional suspect information.

Police said they aren't yet sure if any of the victims were injured by rounds Pearson fired, but they have arrested him on a charge of aggravated assault with a deadly weapon, as well as evading arrest.

A total of six people were shot in the incident, police said, including 18-year-old Kenneth Walker, who died of his injures. Another teen, a 19-year-old, was in critical condition as first responders took them to the hospital.

The four other victims, all women, were expected to survive their injuries. They were taken to a local hospital by first responders or in private cars. The women ranged in age from 15 to 30 years old.

Officials said they are still investigating the circumstances around the shooting, but did not provide additional information.

“I’m not having it!!" Garcia wrote about the violence. "We are taking Deep Ellum back for our city. Zero Tolerance.”

Garcia said barricades are already in place at the following locations:

Garcia said starting at 11 p.m., four officers from each patrol station will be in Deep Ellum Sunday night, in addition to Expanded Neighborhood Patrol officers (ENP) supplied by the Deep Ellum Foundation.