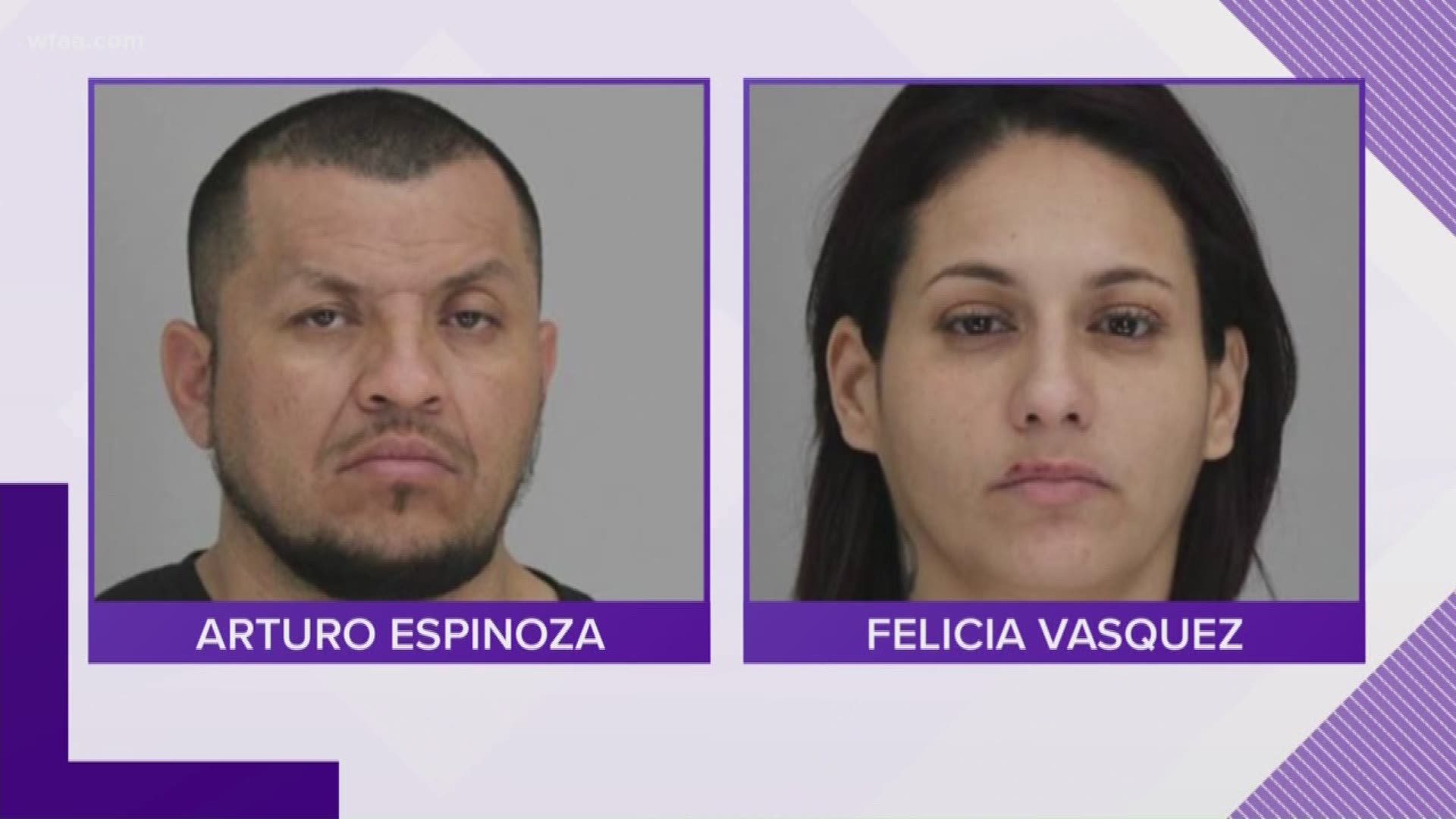 Updated with information from an arrest-warrant affidavit.

Two people have been arrested in connection to the death of a 3-week-old infant whose body was found in a cooler on Dec. 28, Dallas police said Friday.

Arturo Espinoza, 37, and Felicia Vasquez, 32, each face a felony charge of tampering with physical evidence. Police say they used a cooler inside their motel room to hide the body of the dead male infant. The baby has not been publicly identified.

They then allegedly did not report the death as required by law, according to police.

Vasquez was arrested Thursday and is being held on $5,000 bail. Espinoza was already in jail at the time on an unrelated charge, jail records show.

Child abuse detectives were contacted by a special investigator with Child Protective Services after the body was found, according to authorities.

Detectives say when they arrived at the motel in the 8300 block of South Lancaster in Dallas, they found the baby in the cooler.

According to an arrest-warrant affidavit, Vasquez told detectives that on Dec. 21, she placed the newborn on the bed to nap while she got into the shower.

When she got out to check to the baby, he was no longer breathing and was unresponsive, according to documents.

Vasquez told police she began CPR and at that point, Espinoza walked into the motel room.

According to the affidavit, she told Espinoza to call 911 but he allegedly "became hysterical and refused," because the baby was already dead.

Espinoza then reminded Vasquez that they were already under investigation by CPS for an unrelated case and feared their toddlers would be taken away from them, the affidavit states.

According to court documents, Vasquez agreed not to get the authorities involved.

She told investigators that during the two days following the baby's death they kept the infant's body in the bed, authorities say.

According to the affidavit, Vasquez told police that when she got to the point where she could no longer look at the baby, she placed him inside a blue ice chest.

Anyone with information is asked to call Dallas police Det. Corey Foreman at 214-275-1300.