While third-party apps are helping many Texas restaurants stay afloat during the COVID-19 pandemic, many partnerships were created without the business knowing. 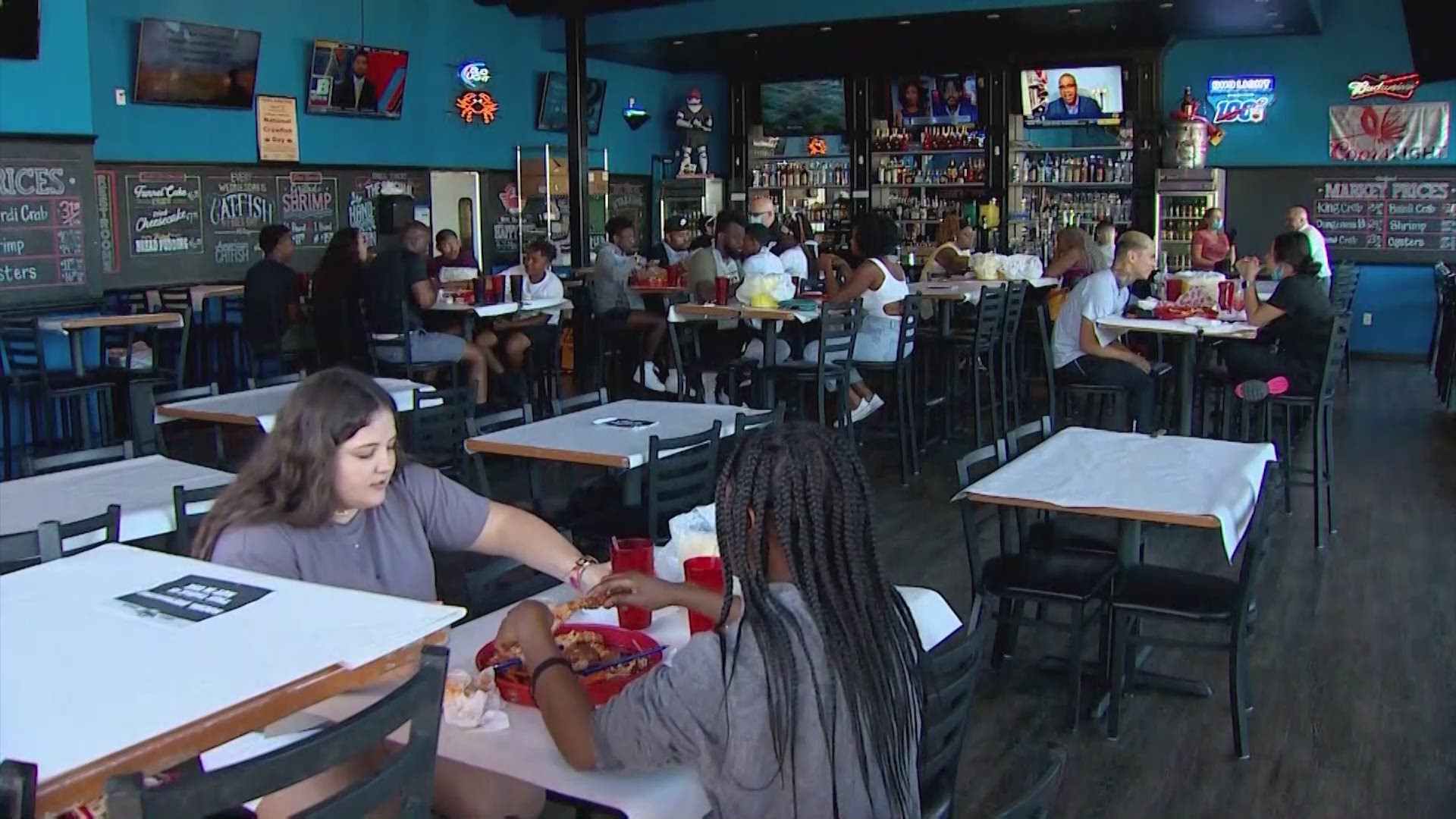 DALLAS — The restaurant business has been one of the hardest hit industries during the COVID-19 pandemic.

It's forced many restaurants to adapt and look for new ways to get their food to their customers.

The pandemic has also made some restaurant owners change their relationships with certain third-party delivery apps. In some cases, those owners are just now learning about this relationship that was never agreed upon.

Establishing a partnership with a third-party company

Restaurant owner Dallas Hale has started to put a larger emphasis on to-go orders in 2020.

"Our phone is ringing off the hook," Hale said. "This is just the way it has been."

Hale owns 14 restaurants, 10 of which are in Texas (such as Shell Shack and Sushi Marquee). He said his stores' to-go orders have gone up 500% compared to this time last year, which motivated him to revamp his restaurants' phone systems and shelves for deliveries.

He said not only did he not know these drivers were delivering his food, but the company had also increased some of his prices.

"They put us on there without permission," Hale said. "They put on horrible pricing that wasn't even our pricing."

Hale created a partnership with third-party app Uber Eats so that these drivers are the only people delivering his food. Hale said this also allows for a contained amount of to-go orders for his restaurants.

"We still had to put in a system and work with them because they want to come in and just grab the food and go," Hale said. "We want to make sure that it is verified and signed off on."

Uber Eats has partnered with more than 500,000 restaurants in the nation with a 50% growth compared to last year, according to Uber senior manager Chris Miller.

In Austin, nearly 1,500 new restaurants have partnered with Uber Eats since mid-March.

Four services make up 95% of the third-party delivery business: Uber Eats, GrubHub, DoorDash and Postmates. Most charge restaurants 15-30% per order as a commission fee.

"The ability to control the entire experience, whether it's good or bad, and to not have that middle man in place is very valuable to us," Morgan said. "It's a gamechanger."

Morgan owns the restaurants Original ChopShop and bellagreen, both of which can be found in North Texas.

He said going into the mid-March, his restaurants had been using a company that would, in a way, "auction off" to-go requests to the different third-party companies.

The problem since the COVID-19 pandemic hit is that there were not enough drivers from these companies to take all their orders. Often times, customers would complain about how long it took to get their orders.

Morgan said he started noticing many drivers prioritizing the requests made directly to their companies' apps.

Morgan took control and created his own delivery system. His restaurants now use front-of-staff employees as drivers, too, during lunch and dinner time.

This allows Morgan to avoid the third-party fees, deliver directly from his restaurants and ensure the quality isn't impacted during the commute.

"They're flexing if they need to drive and if they don't need to drive, they're an additional body that's in the store," Morgan said.

Morgan said he had always been wary of implementing this type of change, but his team put a lot of research into the idea before making any decisions.

He said he's seen a lot of restaurants fail due to not having the right data, technology or online system.

Morgan said speed, price and quality are three key points in the restaurant industry. Most companies try to have at least two of these characteristics. He said using his own drivers allows him to reach all three.

This new staffing system at Morgan's restaurants will continue after the pandemic.

Kelsey Erickson Streufert of the Texas Restaurant Association said she believes the third-party experience not only needs to improve, it needs to legally change.

Streufert said this is because of situations like what happened with Hale when third-party companies deliver food from restaurants without that stores knowing or negotiating the terms.

Streufert said some have even created websites for Texas restaurants without their involvement.

These situations are often times violating trademark laws as well, according to Streufert.

"We kind of have to have the regulations catch up to technology," Streufert said.

Another issue for the Texas Restaurant Association is the handling of certain foods by untrained and uncertified drivers.

"Certain food, when not handled properly, is dangerous," Streufert said. "Yet, you can have a restaurant go through all of these steps to keep their food, not only delicious but safe and then have a third party who has received zero training with zero accountability pick up that food and take it anywhere without the restaurant having any say or any quality control over that."

That is why leaders from the Texas Restaurant Association are working to develop a bill they are going to propose during the next legislative session in January.

Streufert said it would require an agreement to be made before a third-party company can place a restaurant on its app.

"I think there's a tremendous opportunity for both sides, but the foundation of a free-market economy is educated and empowered individuals and companies that can make decisions for themselves," Streufert said.