The campus interior is car-free and boasts 8.3 miles of trails for employees to navigate -- on foot and by bike -- from building to building. 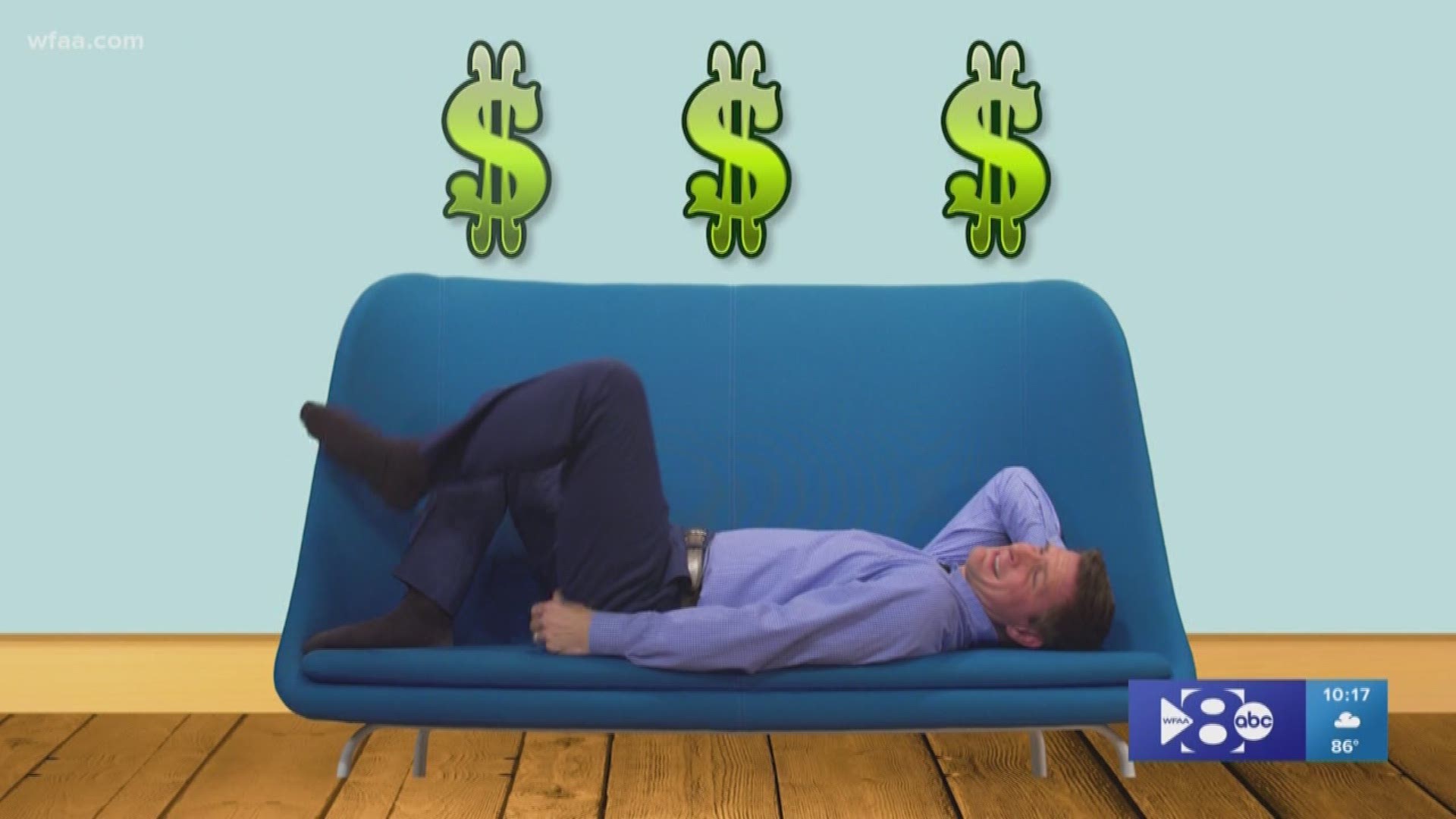 FORT WORTH, Texas — The new American Airlines headquarters in Fort Worth has the features and perks expected in 21st century offices of multibillion-dollar companies.

Employees bike from building to building on the 8.3 miles of trails within the car-free campus interior. Signs boast which celebrity chefs are scheduled to visit the company cafeteria.

But one thing is missing — actual offices. And that's intentional.

"The CEO has the same size desk as the new-hire analyst," said Kirk Hotelling, managing director of Corporate Real Estate for the carrier.

Instead, American Airlines Group, Inc. has indoor and outdoor work areas scattered throughout the buildings. The company opened the new campus to local media Monday.

A lot of research went into how offices today should operate. American leadership visited other company headquarters such as Amazon in Seattle, Nike in Beaverton, Oregon, and Zappos in Las Vegas to draw inspiration, Hotelling said. American decided the 100 percent open environment was right for them to increase transparency throughout the company.

The company saw some pushback along the way from some employees not keen on the open environment, said Jonathan Pierce, director of Campus Culture & Change.

"We had a very thoughtful plan about how to take people on a journey from old headquarters into a very different type of working environment," Pierce said, adding that since people actually started working in the new campus he hasn't heard complaints.

American started moving employees from its old headquarters down the road on Amon Carter Boulevard in June. Moving crews have worked during the weekends to transition everything to the new campus, and have nearly finished. Of the approximately 12,000 employees scheduled to work out of the new campus, 10,500 are currently on site, the company said.

The new campus is a sort of return to home for American. The airline was headquartered on the site in the 1980s before moving to the Amon Carter location.

A few years ago, realizing the need for facility improvements, American decided to blow up, literally, their old headquarters and build a new campus. The company said it invested more than $350 million in the new campus, the minimum amount required to receive an incentive package from Fort Worth, but hasn't shared a specific dollar figure for the campus.

Keeping American in city limits was a priority for Fort Worth.

The city gave an incentive package worth over $20 million to keep American headquarters in the eastern-most edge of city limits. The new campus is a few miles from the southern entrance to Dallas Fort Worth International Airport.

"I am confident American’s new Fort Worth campus will bring exciting opportunities and continued growth to our community," said Fort Worth Mayor Betsy Price.

Buildings on campus are named Skyview and assigned a number one through eight. For example, the Integrated Operations Center, mission control for the airline, is named Skyview 2, while senior leadership sits in Skyview 8.

Construction on almost all of the campus' new buildings is done with the exception of Skyview 6, the Hospitality complex. This will be a 600-room hotel American employees stay during training, some of which can last several weeks.

Currently, trainees have to stay offsite and commute to the training facility. The Hospitality Center is scheduled to finish by the end of 2021.

Having 600 trainees on campus at the new hotel every night is part of the broader effort to get the 12,000 employees more integrated with one another.

"Part of what we're trying to do in investing money in all these facilities is to really facilitate a culture change within the company," Hotelling said, "to make sure that we create these opportunities where front-line interacts with management.