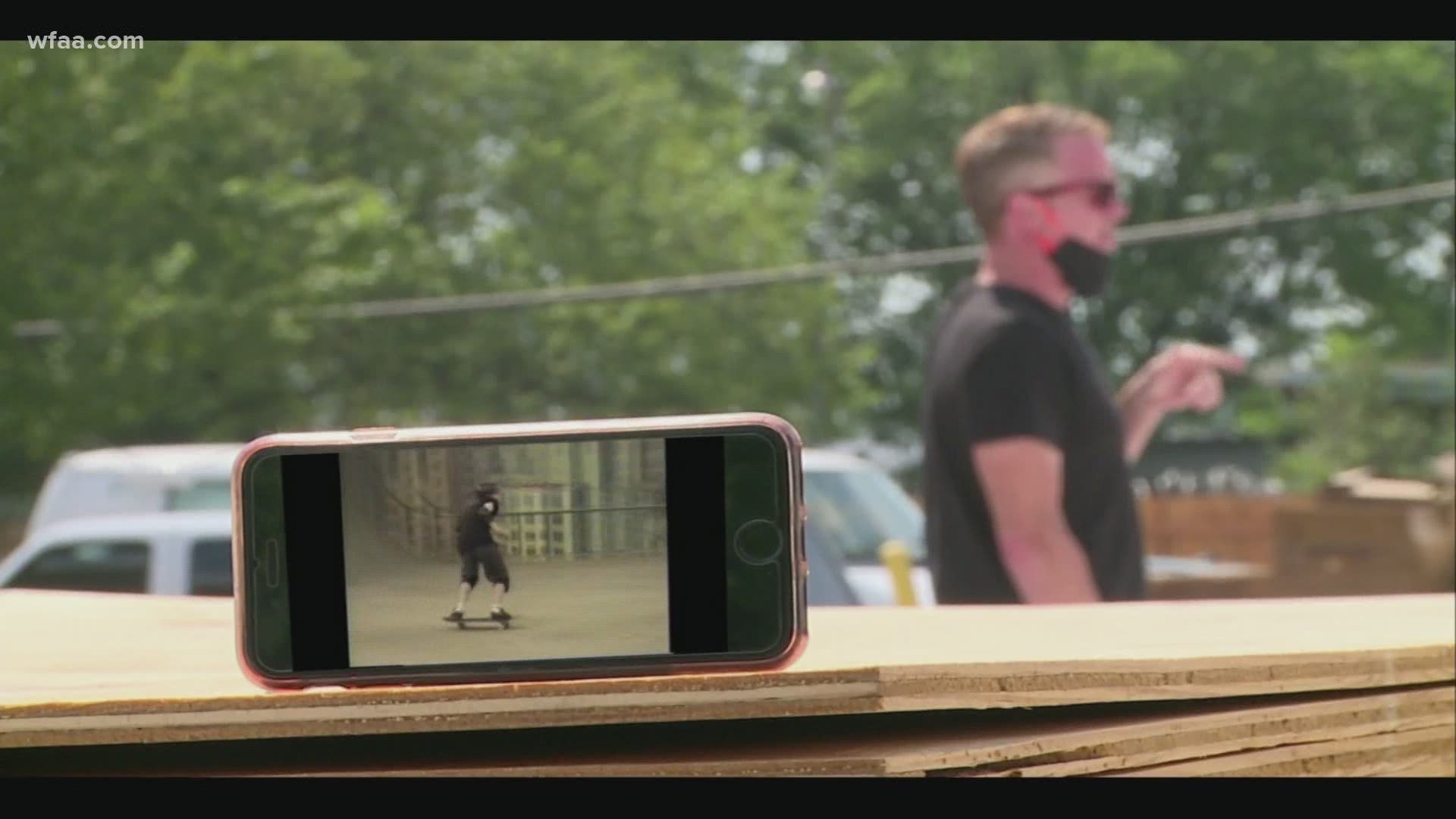 Skateboarding legend Mike Crum retired more than 10 years ago, but says he’s just now reaching the peak of his career.

“One hundred percent,” he said. “It definitely is.”

Once ranked top 10 in the world, Crum competed in the X-Games alongside guys like Tony Hawk, and even won a few medals.

“You’ve pretty much got to be older to know who the heck I am. But Google,” Crum laughed.

By the time he retired and came home to Dallas, there was nowhere to skate.

So Crum and some friends, including Rob Cahill, built their own skate park, just for themselves.

Eventually, they started letting other people use it, too, and because of that, their skate park pulled off an incredible 180.

“We decided to form a nonprofit in 2015 and give all our services for free,” Crum said.

“We originally started it to be somewhat selfish, only to come to find out that there is no us and them. They’re all us,” Cahill added.

Their non-profit, called 4DWN, gives kids, especially those in at-risk neighborhoods, a safe place to dream.

Kids can do homework, take part in art projects, express themselves in other ways or just show up for support, skateboarder or not.

Crum and Cahill say they serve about 50 to 70 kids a day. But the more they got to know the surrounding community, they learned most people aren’t hungry for skateboarding. They’re just hungry.

4DWN is in one of the poorest parts of Dallas and, for most people who live in the neighborhood, there isn’t a grocery store for miles.

“The food desert coincides exactly with the map of poverty lines,” Cahill said. “Once you have awareness of something you have a responsibility to act upon it. And if you don’t act upon it, that’s cool but you don’t belong with us. We get down, we do stuff.”

They say a lack of fresh food leads to an abundance of disease, mental illness and other serious issues.

Which is why 4DWN will soon be one of the only skate parks in the country with an urban farm.

“Why farming? First of all, farming’s cool,” Cahill said.

Currently under renovation, 4DWN will include at least 10 grow boxes for fruits and vegetables. On the side of a brand new half pipe, Crum and Cahill plan to construct some sort of vertical farming mechanism.

They plan to use as much space as possible to grow as many crops as possible all to give away.

They’ve even partnered with other non-profits, like Restorative Farms, to provide families with grow boxes of their own so they can grow their own healthy food. Crum and Cahill will help teach families how to grow crops and use them for healthy meals.

In addition to what they plan to grow, together with a nonprofit called Harvest Project, Crum and Cahill are already handing out more than 25,000 pounds of donated food each week.

They say this has brought more joy than any skateboarding trophy ever could and they believe it can go a long way toward eliminating hunger in this neck of Dallas.

“We’ve got everything but the money man. We’re joy rich.”

For more information on 4DWN or to get involved, visit www.4dwnproject.org.