Food is supposed to be cheap, abundant and always available. What happened?

Government stats show, in April, grocery bills shot up faster than any time since 1974. Beef, poultry, fish and eggs all cost more. 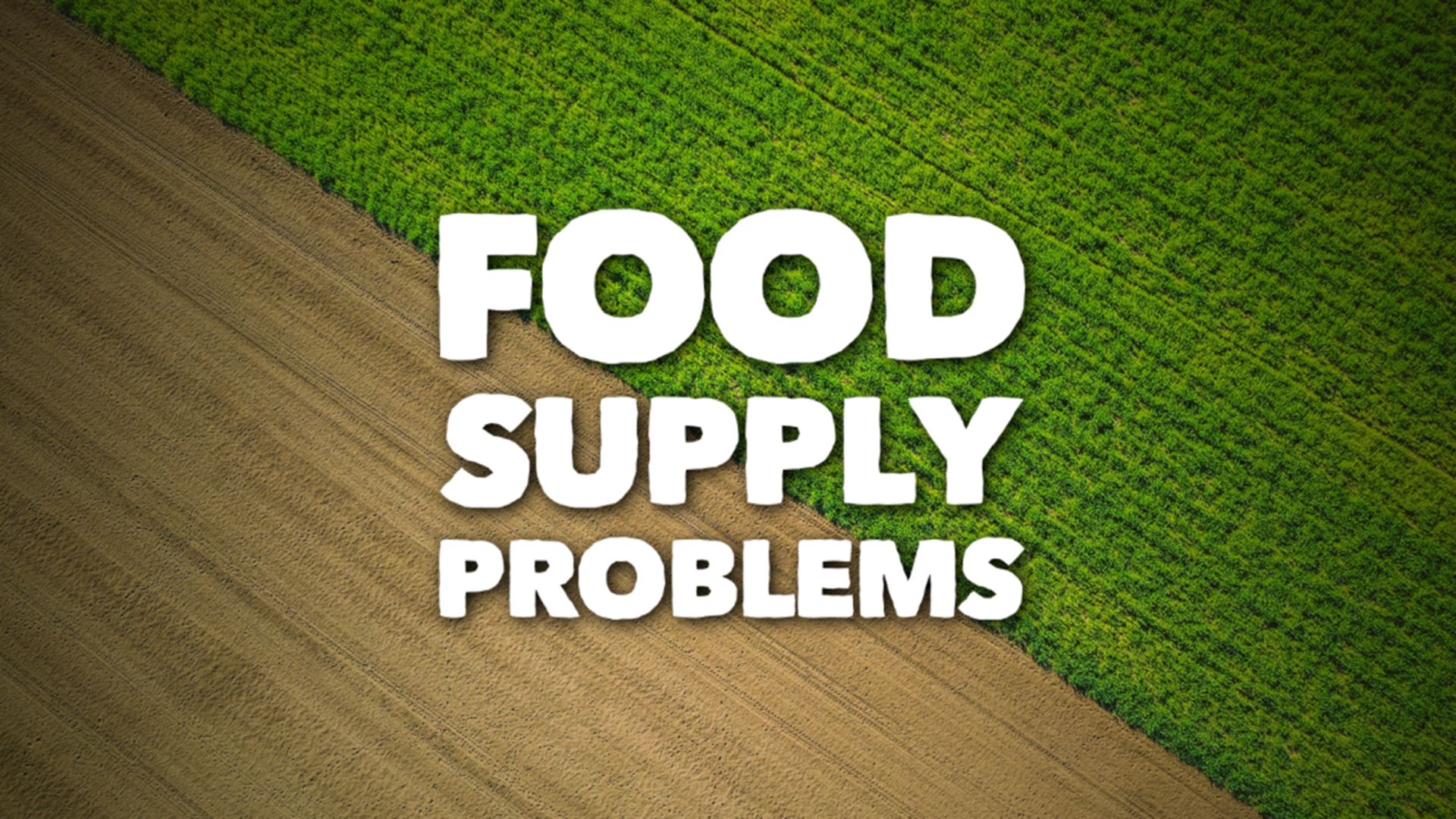 ALLENS CHAPEL, Texas — If it's cheap, abundant and always available, in America, lots of people don't think much about where our food comes from. But lately, some food costs more and can be harder to find.

Critics are saying that's because the pandemic has exposed the weak links in our food supply. Is that true?

Every business needs customers. And when the pandemic hit, the milk industry lost a ton of theirs. Tony Sarsam is the CEO of Borden Dairy in Dallas.

Food in the U.S. is produced and distributed at an industrial scale. It might help to think of the supply chain, like train tracks.

One track moves milk from farms, to processing plants, to grocery stores. The other track heads to institutions like schools and restaurants.

At this massive scale, when one track gets disrupted, that food has nowhere to go. That's why we've seen dairy farmers dump milk and seen crops left to waste in the field.

But wait, there are 40 million newly unemployed Americans. And food banks are overwhelmed serving that demand. The challenge is, there is no track that diverts the food from restaurants to food banks.

The only player big enough to fix a supply problem that large is the United States government, which launched a $3 billion program to buy agricultural products from farmers and deliver them to food banks and charities.

While the program has been plagued by allegations of mismanagement, Borden Dairy has signed up to deliver 700 million school-lunch-sized servings of milk.

Credit: Chance Horner
Borden Dairy has signed up with the USDA to deliver 700 million servings of milk to food banks and non-profits.

“The supply chain is tricky. We have to find people who can take it. Find people who have cold storage available. So, all those challenges are out there,” Sarsam said.

“Does the gov become your biggest customer this year?” I asked him.

“This gives you a sense that it's a huge rescue they're doing,” I said.

“It's a huge opportunity. It's a huge rescue for folks in their time of need. And precisely the right thing for all the constituents right now,” said Sarsam.

Government stats show, in April, grocery bills shot up faster than any time since 1974. When it comes to beef at the grocery store the story — as you've probably noticed — is higher prices, less selection. What's going on?

I talked to Bill Lilliston. He's an advocate for fair and sustainable food systems at the Institute for Agriculture & Trade Policy in Minneapolis. He says a small number of companies control most of the meatpacking.

“I think it's exposed how exploitative some of these companies are at the meat processing plants to their workers. These workers already work in dangerous conditions. Elbow to elbow. A lot of workplace injury. Here you're seeing almost a perfect scenario for the spread of a very contagious disease,” Lilliston said.

The area around Amarillo, in the Texas panhandle, with two massive facilities, is the hottest spot in the state and the ninth hottest in the country.

These outbreaks, across the country, have forced some plants to slow or temporarily stop production. That means less beef and higher prices.

“The defense of the system is that its efficient. That it's cheap and that food is abundant.  And those things sound pretty good,” I said to Lilliston.

“They do. I think there's a price to pay. It is cheap — for the consumer when they go to the grocery store. But it's not cheap when you consider some of the working conditions that workers have to deal with in this system,” he said.

“When COVID hit I started getting calls from all over North Texas looking for food. Some were interested in the local, sustainable aspect. Lots of them just wanted ground beef again. Couldn't find it at Costco or the grocery store,” Locke said.

Thomas is telling me if our nation's food policies supported more independent farmers — like him — local communities could respond faster to shocks in the food supply.

It's not realistic to think these global food supply chains are going to stop running. But what Thomas is saying is re-establishing local food economies alongside our industrial system will make the overall food system healthier, more resilient.

“If we had a thousand small farmers like me across North Texas, there's just a lot more nimbleness there. A lot more diversity. Our food system would be stronger because of that,” he added.

Easy access to cheap and abundant food. That's the American way. But what I learned is the pandemic is showing us there is a cost.

In places, our industrial food system is out of balance and susceptible to shocks and bottlenecks. And overall, when it comes to feeding the nation, we're just not as resilient as many assumed, we were.

Got something you want verified? Send me an email or a tweet.