Shonn Brown’s son came home shaken after the incident that took place on Friday, May 29th. 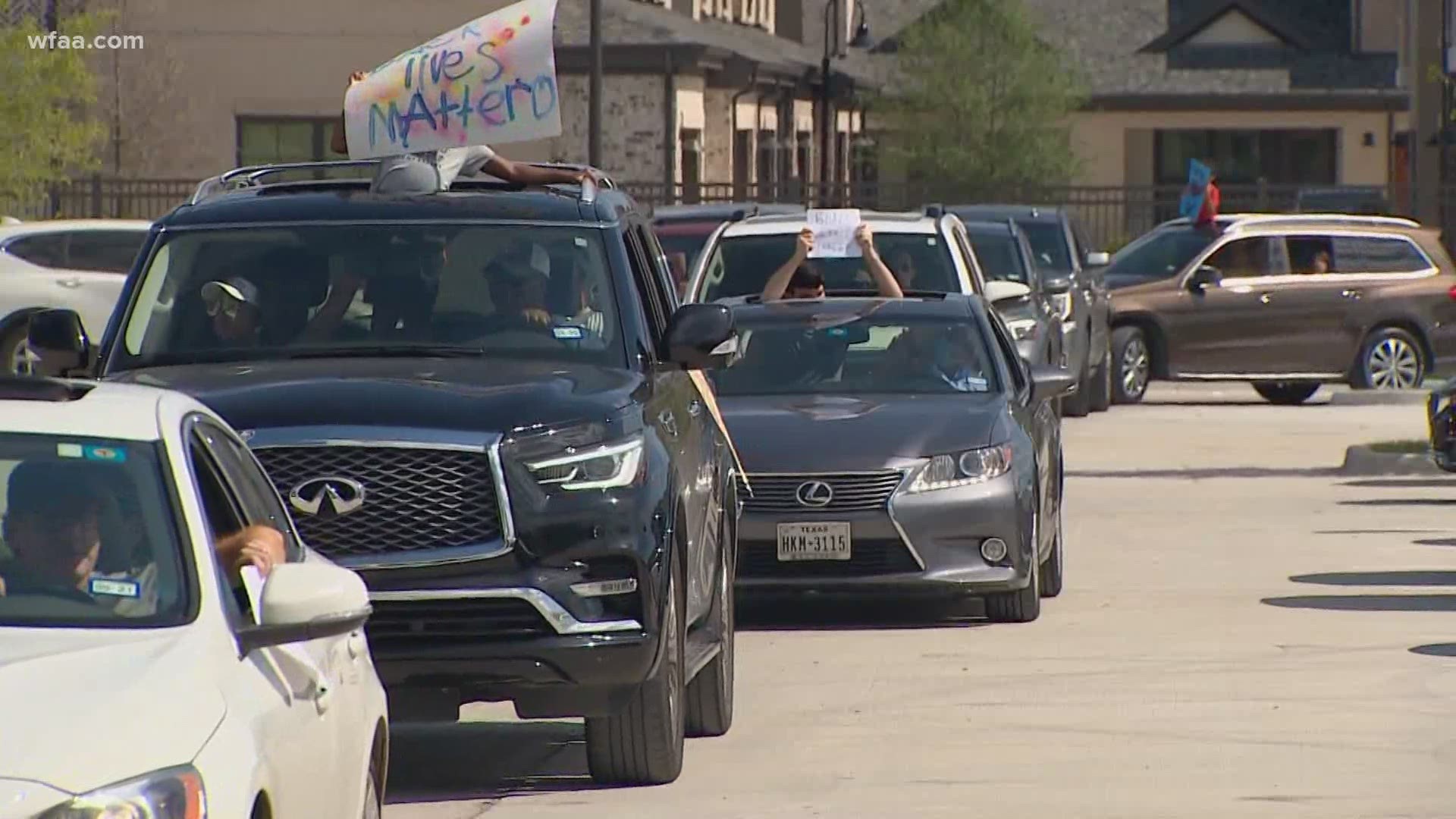 DALLAS — A group of black teenagers shared details about an incident they experienced at a North Dallas Sonic, and since they spoke up the company is now making changes to their policies.

Shonn Brown’s son came home shaken after the incident that took place on Friday, May 29th.

“My son and six of his friends, all African-American, came to Sonic to hang out like they have done for several weeks and years, particularly since they started driving,” Brown said. “One of the employees from Sonic came up to them as they were all visiting and said that they would need to get in their cars or the police would be called.”

Coronavirus closed Sonic’s patios, but Brown said that was not their problem. Brown said two groups of white kids ate in the same spot shortly after, but were never told police would be called.

“So all those kids being black, the use of the words 'police will be involved' is like a threat to them,”  Brown said. “They were intimidated and they were scared so they didn’t just get in their cars, they left immediately and came home and told their parents. Some of them visibly shaking, some of them really quiet and trying to process how this happened.”

Their story is just a snapshot of what it means to be a black teenager in 2020.

"The first question that I asked when we sat down was, 'What did we do to deserve that treatment?'" said Evan Brown, one of the kids involved.

Sonic released a statement Sunday apologizing for the incident.

“Sonic unequivocally opposes racism and intolerance of any kind. We celebrate diversity and strive to consistently create an environment that highly values inclusion,” the statement said. “Unfortunately, a recent event at our Drive-In restaurant in Dallas, Texas, was handled inappropriately and did not live up to our standards.”

The statement went on to say that they will be implementing changes going forward.

“We are revising our policy to ensure the appropriate level of manager is involved in handling matters with our guests,” the statement said in part. “We are also bolstering our training program to include consistent unconscious bias training, with a focus on the African American experience, as we foster a more inclusive environment for our team members and guests.”

On Sunday the families involved organized a peaceful drive-thru protest to show support for the teens while making a call for action.

“These are amazing, young strong leaders in our community and they are the future of our world,” community member Shari Krage said. “At least in this corner of Dallas, Texas that we’re beginning in our community to make a change, and change happens right in our neighborhood.”

Brown believes it provides a great learning experience for the kids and the community.

“The takeaway is use your voice. Stand up when you see wrong. And take action,” Brown said. “These seven kids had a bad experience. They talked about it. They said it was horrible and they said, 'We’re not going to stand for this,' and they want change.”