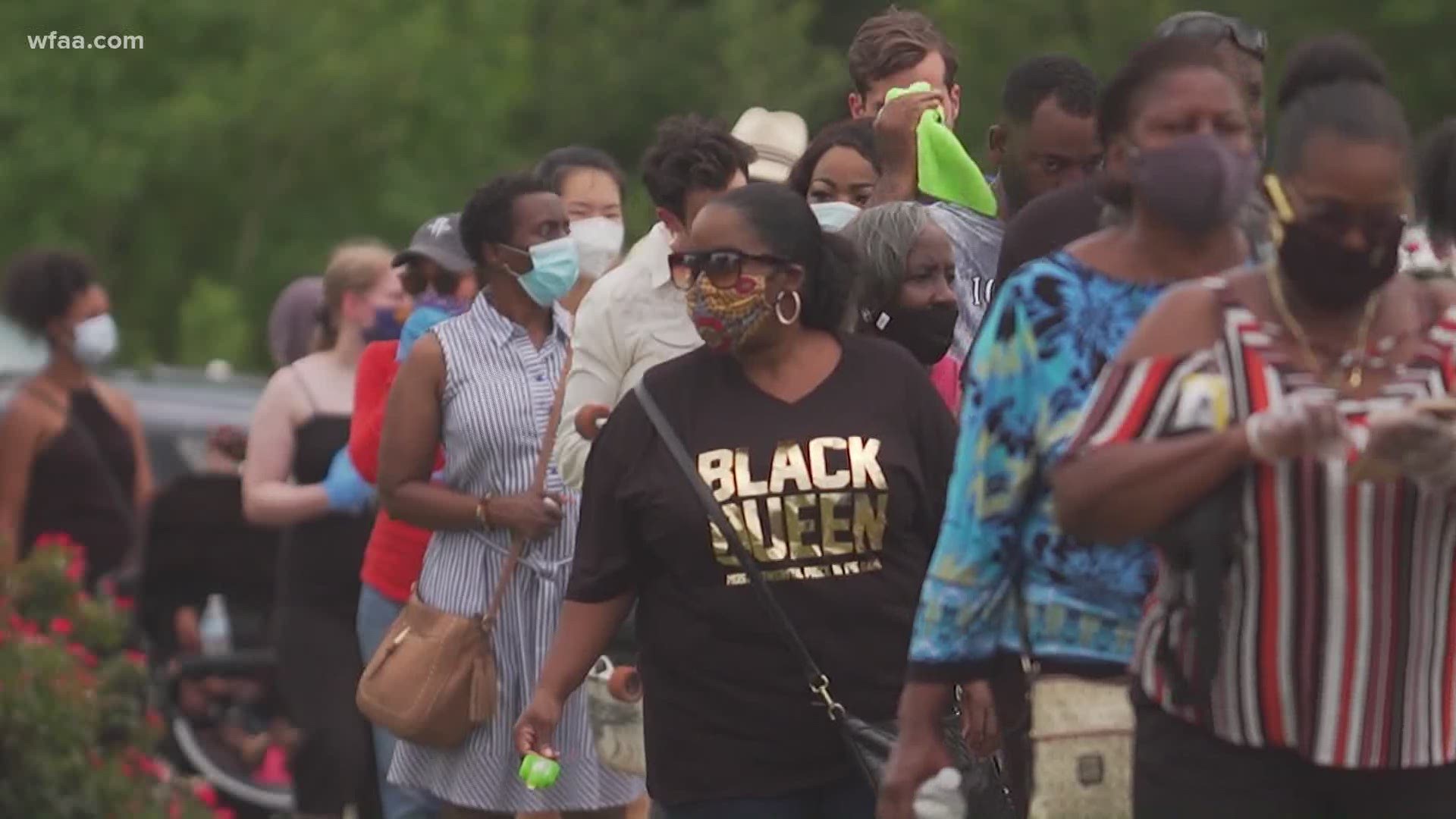 “It was brotherhood behind those bricks,” said a woman named Kim who knew Floyd growing up. “I never seen him mad. He was always ‘Big Floyd.’”

So many Third Ward natives have been shot and killed, Kim created a memorial wall.

She writes every name on the bricks outside Scott Food Mart on Winbern Street.

Floyd wasn’t shot. He was killed by a police officer’s knee to his neck - another black man who died because of police brutality.

Everybody knew "Big Floyd," so Kim added his name.

And then a mural depicting Floyd as an angel took shape on another side of the store.

“I used to always say this wall’s gonna be famous,” Kim said, “but I didn’t know it was going to be like this.”

The mural and Kim’s adjacent wall have become such an attraction, Houston police officers shut down the streets surrounding it.

Sunday night dozens of people stopped to take photos there. 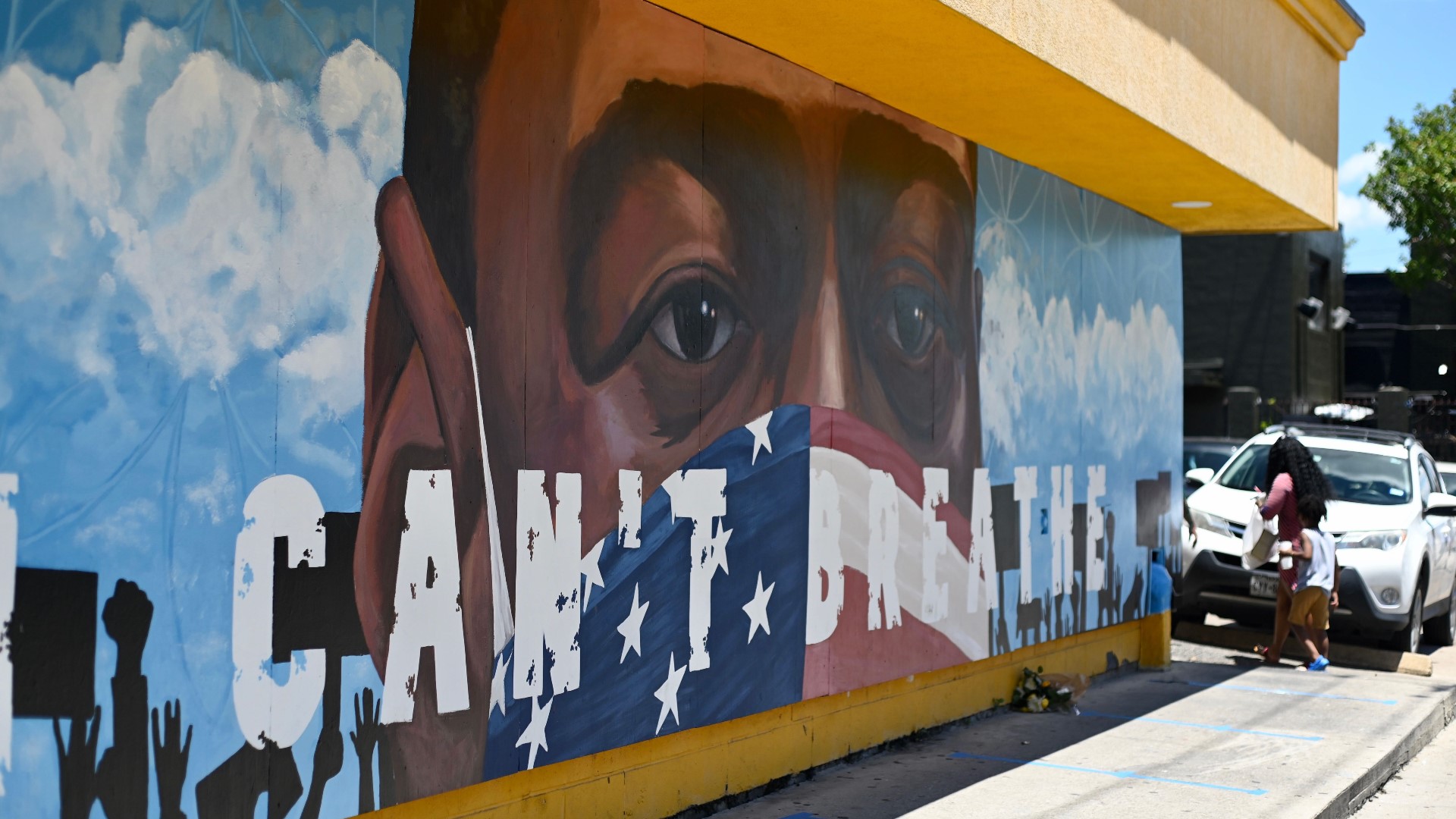 Some shared stories about “Big Floyd.” Some smiled and laughed. Some stood silent.

Al Landry brought his family. He was wearing a black t-shirt with #AmINext? across his chest.

“The shirt is self-explanatory. Am I next? A question being posed. Me as a black man - us as blacks in general - are not guaranteed when you leave your house to come home,” he said.

RELATED: 'You changed the world George': Floyd's memorial service in Minneapolis marked by calls to action

After memorial services in Minnesota, where Floyd died, and in North Carolina, where he was born, Floyd's body was flown to Texas late Saturday night.

Credit: Chance Horner, WFAA
A mural outside The Breakfast Klub in Houston.

Fountain of Praise Church on Houston’s southwest side will host a public visitation from 12 p.m. to 6 p.m. Monday.

No more than 500 people will be allowed inside the cavernous church at a time. Masks and gloves will be required. Temperature checks will be done at the door and mourners must go through a metal detector.

Tuesday, a funeral for invited guests will begin at 11 a.m. at Fountain of Praise.

An aide to former Vice President Joe Biden said the presumptive Democratic nominee for president will privately meet with Floyd’s family Monday. The aide said Biden will also record a video message that will be played at the funeral, adding that Biden didn’t want the secret service presence to be a distraction.

Floyd will be buried beside his mother at Houston Memorial Gardens in Pearland.

“Everybody’s life tells a story and some people’s story don’t get read this far. They turn the chapter on the first page,” Kim said. “Everybody’s reading this book all the way through.”

“I feel like he’s the angel of the wall right now. A powerful angel," she said.