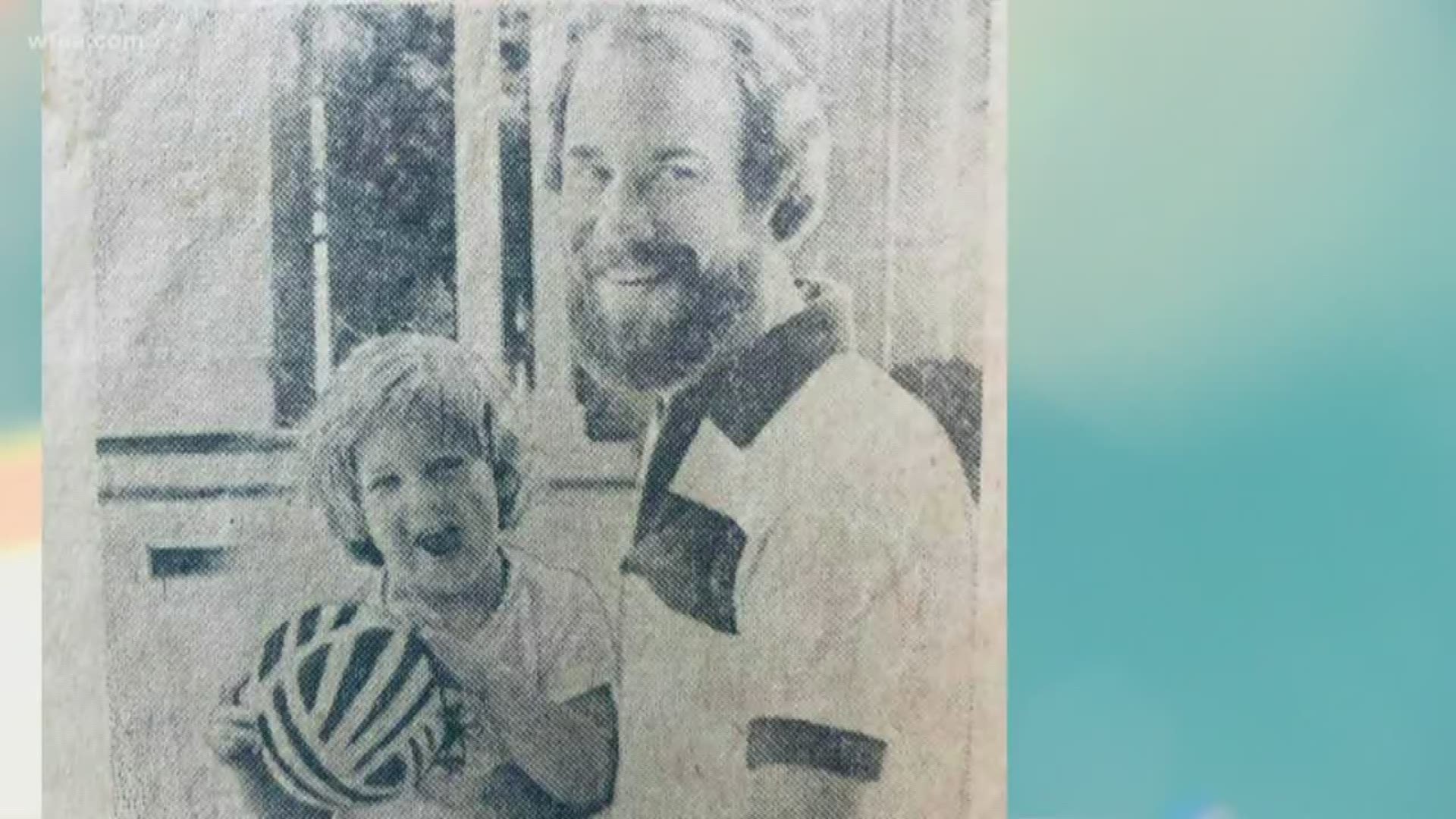 FORT WORTH, Texas — When Meredith Hutson looks at her daughter Izzy, it's hard for her not to picture herself at that age and think about what she went through.

"When I was little, I always wondered: why me? Why did I get saved? How bad was it?" Hutson said.

Thirty-nine years ago, when Meredith was just 3 years old, she was swimming with her family at a Fort Worth apartment complex when it happened.

"All of the sudden, my brother told my mom, 'Look at Meredith,'" recalled Hutson's sister, Tiffany Hartgraves. "I remember turning around and seeing her literally floating on top of the water, face down."

"She ran, she left the pool and went looking for someone who could help, who knew CPR," Hartgraves said.

That person was a man, a stranger, named Mike Scott.

It made the front page of the Fort Worth Star-Telegram.

Scott was a medical photographer at the Texas College of Osteopathic Medicine or TCOM and had just taken a CPR class there. With those skills, he saved Meredith.

"He did something very selfless," Hutson said.

Drownings continue to be an issue in North Texas; in 2018, 17 children died from drowning in pools. This year, seven children have died in the same manner.

Hutson says she's searched for Scott over the years, but with no luck. But an article this week about a drowning got her thinking again.

She posted her story on Facebook in hopes someone can help her find Scott, so she can thank him for what he did.

"Because I wouldn’t have a life. I more than likely would have died right then," she said.

Hutson herself is now CPR-certified, with a child who loves the water. She says she will never forget the man whose heroic actions allowed her to live.