The owner of Peace. Love. & Eatz says his smoothie bar and vegan restaurant has been asked to partner with "Oprah's 2020 Vision: Your Life in Focus Tour." 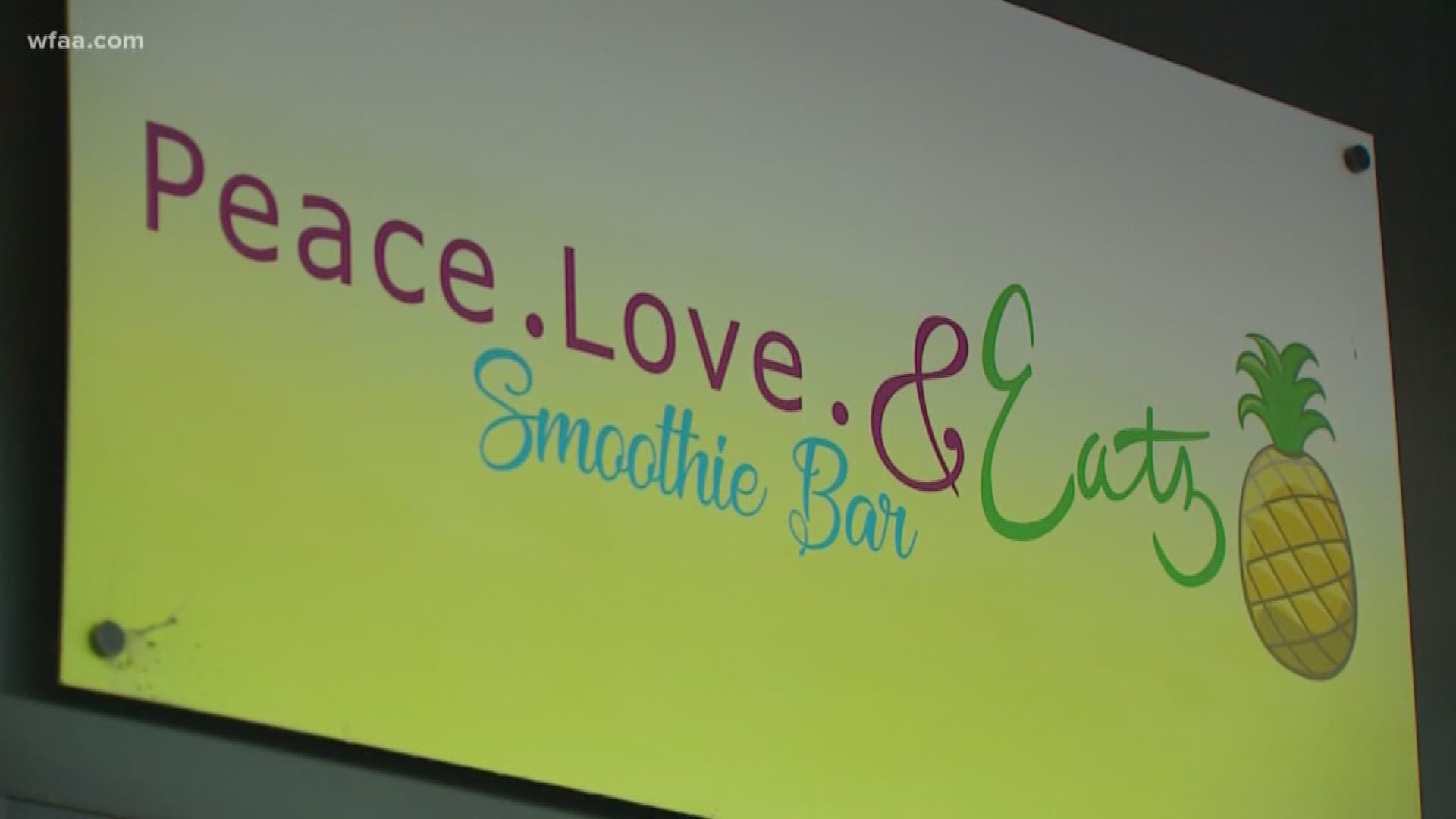 DESOTO, Texas — There is a buzz of excitement around 'Peace. Love. & Eatz' in the Grow DeSoto Market Place.

The owner of the smoothie bar and vegan restaurant announced he’s been asked to partner with Oprah and Weight Watchers for their upcoming tour.

"We're going to be one of the restaurants that's going to be featured with her. So, Oprah, if you're watching, you can come out," Chef James McGee said.

On Friday, McGee announced on social media that his small restaurant is among a small group of businesses in Dallas-Fort Worth chosen to partner during the Dallas stop of "Oprah’s 2020 Vision: Your Life in Focus Live on Tour."

"When people like that called me, it made me feel good. But at the same time, I’ve got to stay focused on what the mission is, and what my goal is," McGee explained.

He says his mission has been focused on health and wellness, ever since opening Peace. Love. & Eatz two years ago.

His family opened the plant-based restaurant after his daughter suffered allergies and doctors warned him his own health was in trouble due to obesity, high blood pressure, high cholesterol, kidney, and liver damage among other things.

McGee and his team have also expanded their mission into a garden which helps support the restaurant and his nonprofit which provides healthy foods for homeless students.

Peace. Love. & Eatz will be featured as one of the go-to restaurants for the tour attendees, according to the chef.

"When he posted it on Facebook, you could tell he was excited," customer Kourtni Jones said. "Anything Oprah touches is gold.”

McGee and his team say they hope the media mogul takes time to stop by the restaurant.

The tour will be in Dallas on Feb. 15. For ticket information and to learn more about the event, click here.