The Petermeiers of Arlington will always be able to tell their daughter that the New Year's Eve countdown is just for her. 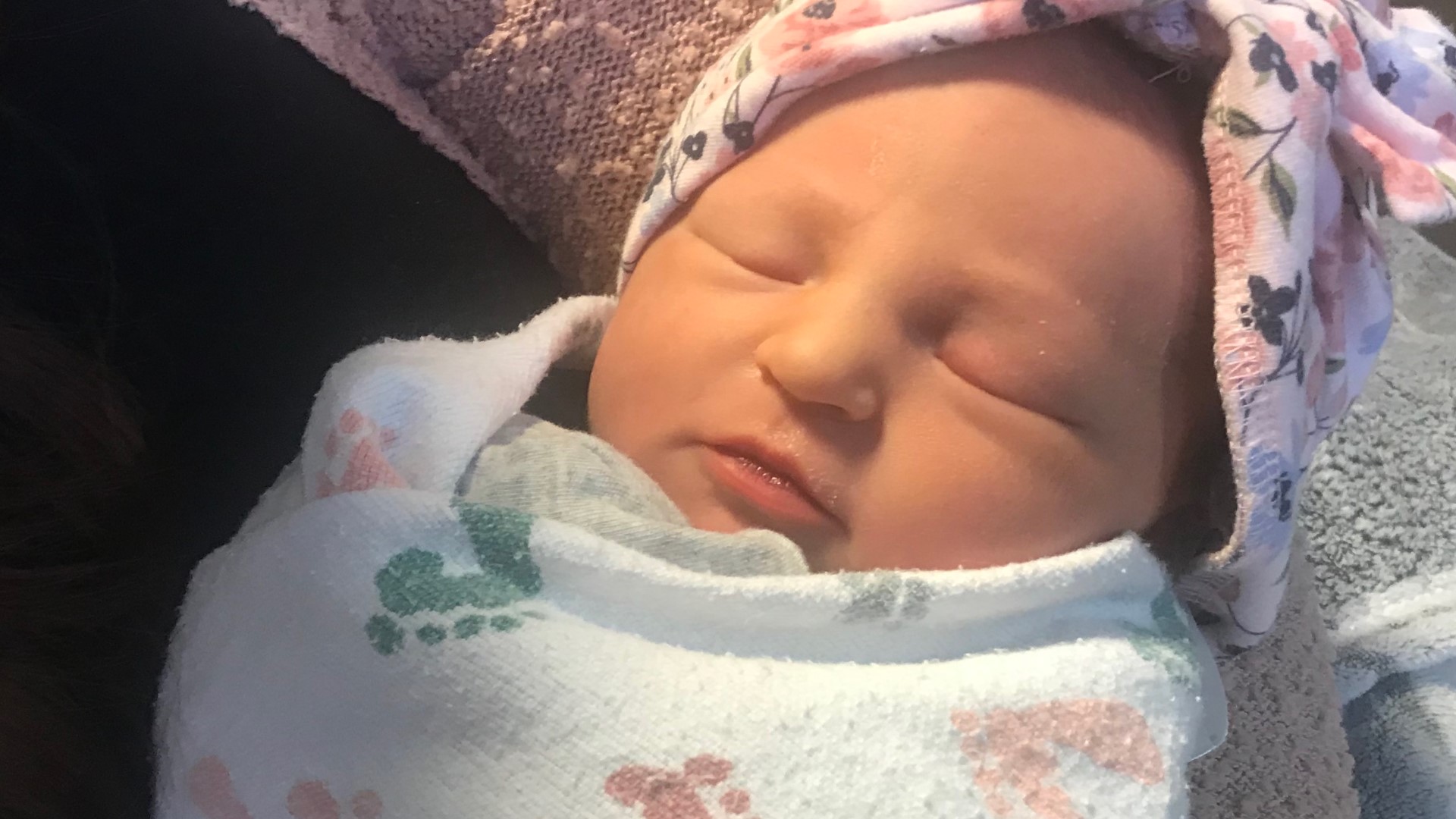 MANSFIELD, Texas — In the unofficial competition that is being the first baby born in a new year, the winner at Methodist Mansfield Medical Center in Mansfield would appear to be one sleeping beauty named Emma Leigh.

“I just love how content she is,” new mom Emily Petermeier said.

They arrived at the hospital on December 30th. Emily was induced because her hypertension was considered an issue. Emma Leigh, at 6 pounds, 12 ounces, was born a minute and seven seconds into the near year, making the Arlington couple first-time parents after 21 hours of labor.

And the closer it got to midnight, a half dozen nurses entered the delivery room to cheer them on.

“It didn’t even cross our mind when we picked the date to be induced,” Emily said of the likelihood of a New Year’s Day baby. “But I guess it’s fun,” she said with a laugh.

“As soon as the pushing began, all that went out the window,” Austin said of any thoughts they might have on the exact time of her arrival.

Emma Leigh obviously wasn’t the only baby born on the first day of a new decade. Alonzo Crawford Jr. arrived at Fort Worth’s John Peter Hospital at 1:26 am.

But in Mansfield, two new parents will always be able to tell their daughter that the annual New Year’s Eve countdown is actually the countdown to her birth.

Emily Petermeier said she will tell her daughter that she "had a very exciting birthday process into this life."

A life with the hopes and dreams for a new decade, all bundled up in little Emma Leigh.

Dr. Heather Havener delivered Methodist’s first baby of the year. The new parents received a Methodist Mansfield gift basket and a new baby book to help Emma Leigh get a head start on reading as part of the Read to Me Program. All babies born at Methodist Mansfield receive a baby book provided by the hospital, Mansfield Sunrise Rotary, and Mansfield ISD.