'We're just not set up for situations like this': Texas farmers fighting to keep cattle alive through winter storm

Ranchers across Texas are dealing with frozen ponds, busted pipes, and loss of electricity. This is causing many to work day and night to keep their cattle alive. 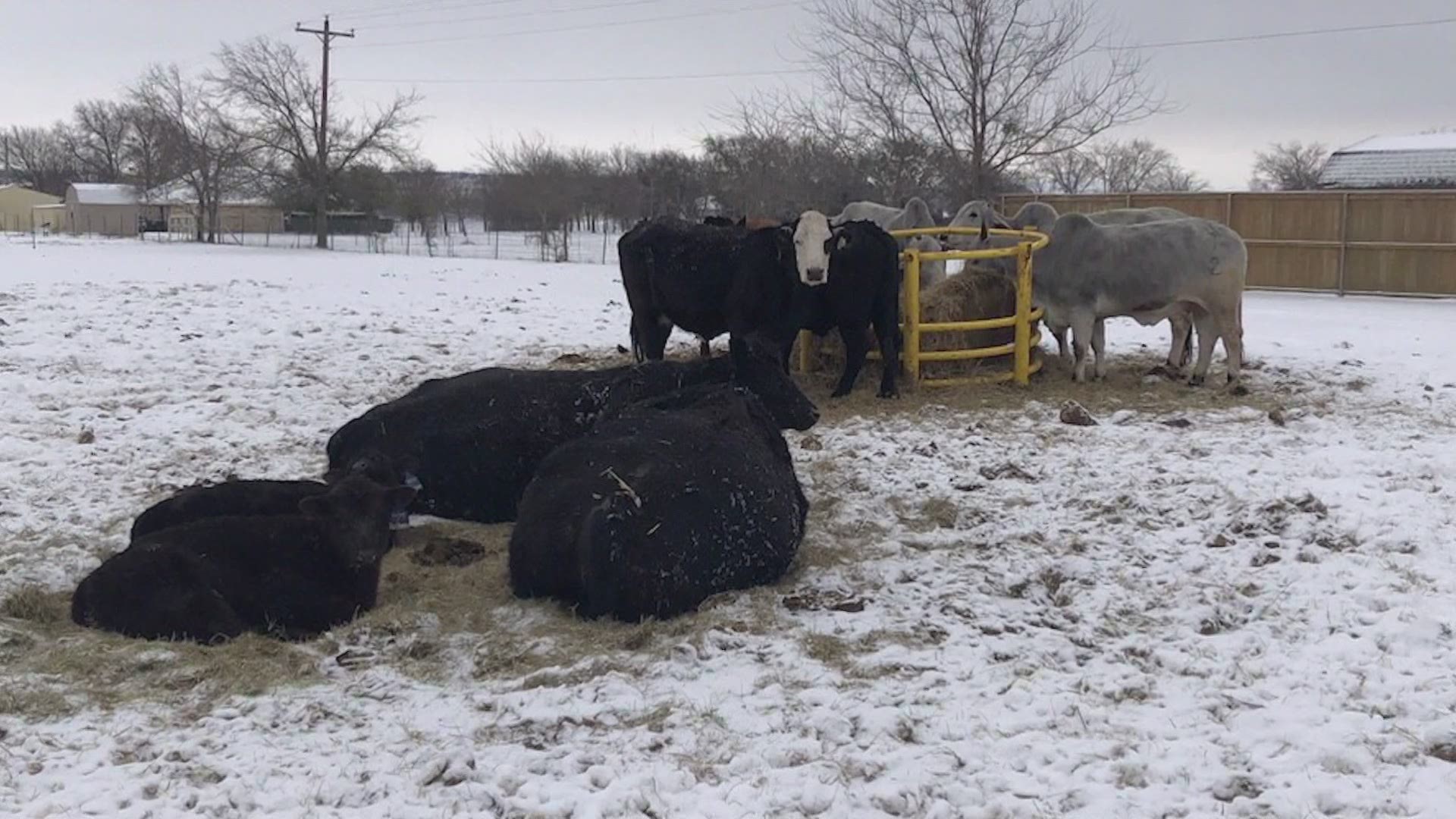 Ranchers across Texas are fighting February's winter storm to not only keep their facilities running but also their animals alive.

Cade Nichols knows this all too well.

"We're just not set up for situations like this," Nichols said.

Nichols is a ranch manager for A Barn N Ranch in Celina. They take care of nearly 1,000 cows every day.

Nichols said his team did a lot of prep work before the current February winter storm hit the state. This included getting extra hay not just for food but for bedding to keep the cows warm.

"We are trying to do whatever we can to protect them from that north wind," Nichols said.

One of the main issues Nichols is facing is related to water access. Since all his ponds have frozen over, his staff is using machinery to break through the ice in their ponds to get this water.

"We have to make sure these cows can get the water they need," Nichols said.

This is especially important for the smaller calves because Nichols said they are currently in calving season.

Even with planning and constant work, Nichols has lost six calves and four cows so far this week.

"Some of the older cows, it was too much stress on them," Nichols said. "We've been fighting it."

Zane Mai of Z-N-T Cattle owns a ranch in Rhome that provides a lot of different services for people around the area.

"We have people who come two hours to use our services," Mai said.

Mai hasn't lost any cows so far but has lost power—a lot.

"The lifeblood for keeping everything going is water," Mai said. "Well, we're on a well here on our farm, and the only way we can get that water is through electricity."

Mai says they have had 29 outages this week, only getting power for 15 to 45 minutes at a time.

"Whether it's 1:00 in the afternoon, 2:00 or 4:00 in the morning, the first thing I do is jump out of bed," Mai said. "I have to go out to the wellhouse because I have to go out there and thaw the pressure pump to allow it to operate."

Mai said his staff has made sure to put objects in certain places that will block the wind from the cows.

"Cattle are tougher than some people think they are," Mai said. 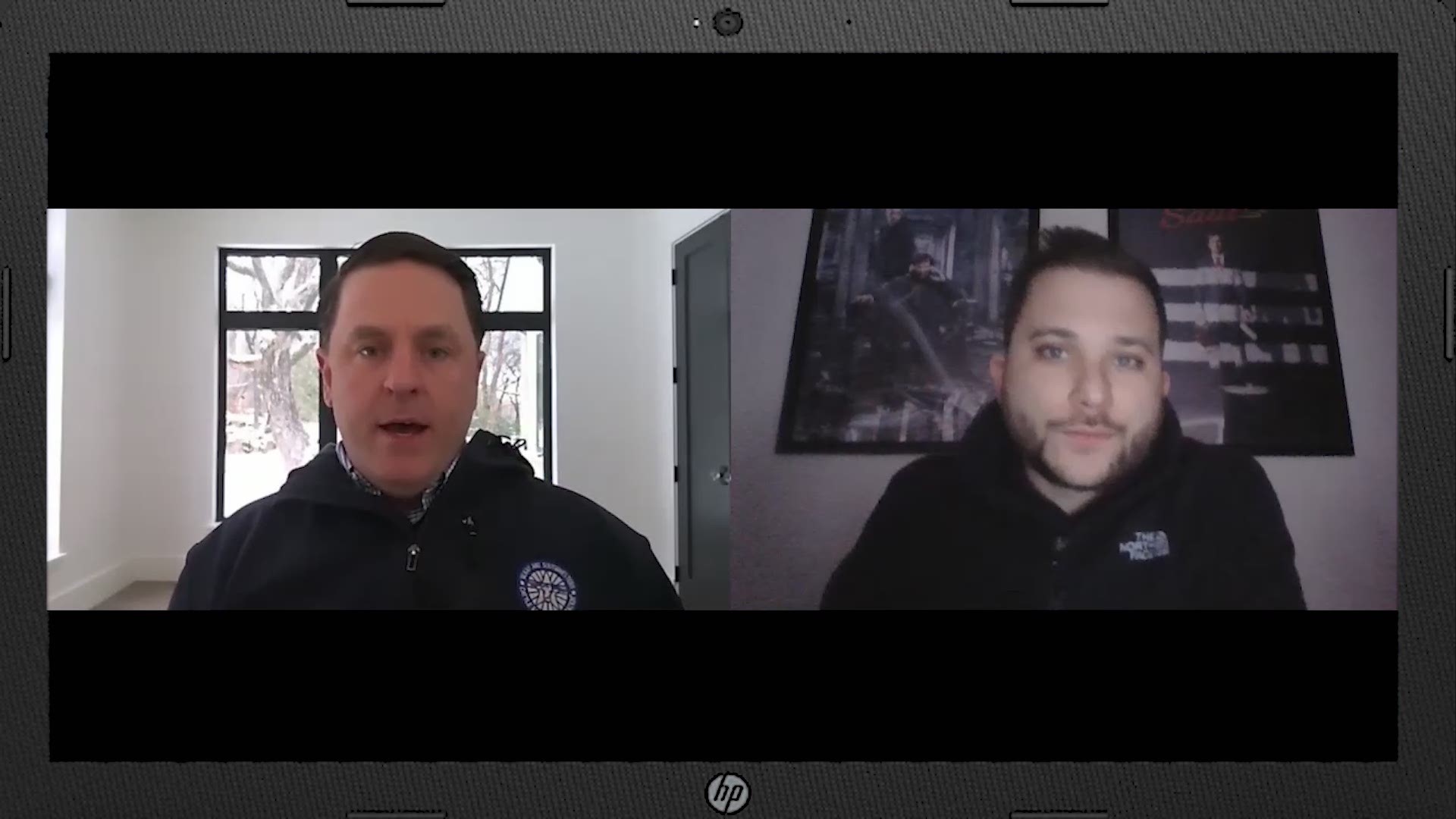 The work that these ranchers do is where the food supply starts for a lot of Texas, according to Texas & Southwestern Cattle Raisers Association CEO Jason Skaggs.

"The work of the rancher never stops," Skaggs said.

He said based on most of the calls he has had with ranchers, the loss of cattle has actually been less than anticipated.

"We as ranchers are a very determined and resilient bunch," Skaggs said. "Most of these ranchers haven't slept in a lot of days. They'll do whatever they have to."

"You just kind of put your nose down and keep grinding until you get the job done," Nichols said. "There will be sunshine back one of these days."