It's only the seventh campus in America to utilize the service. 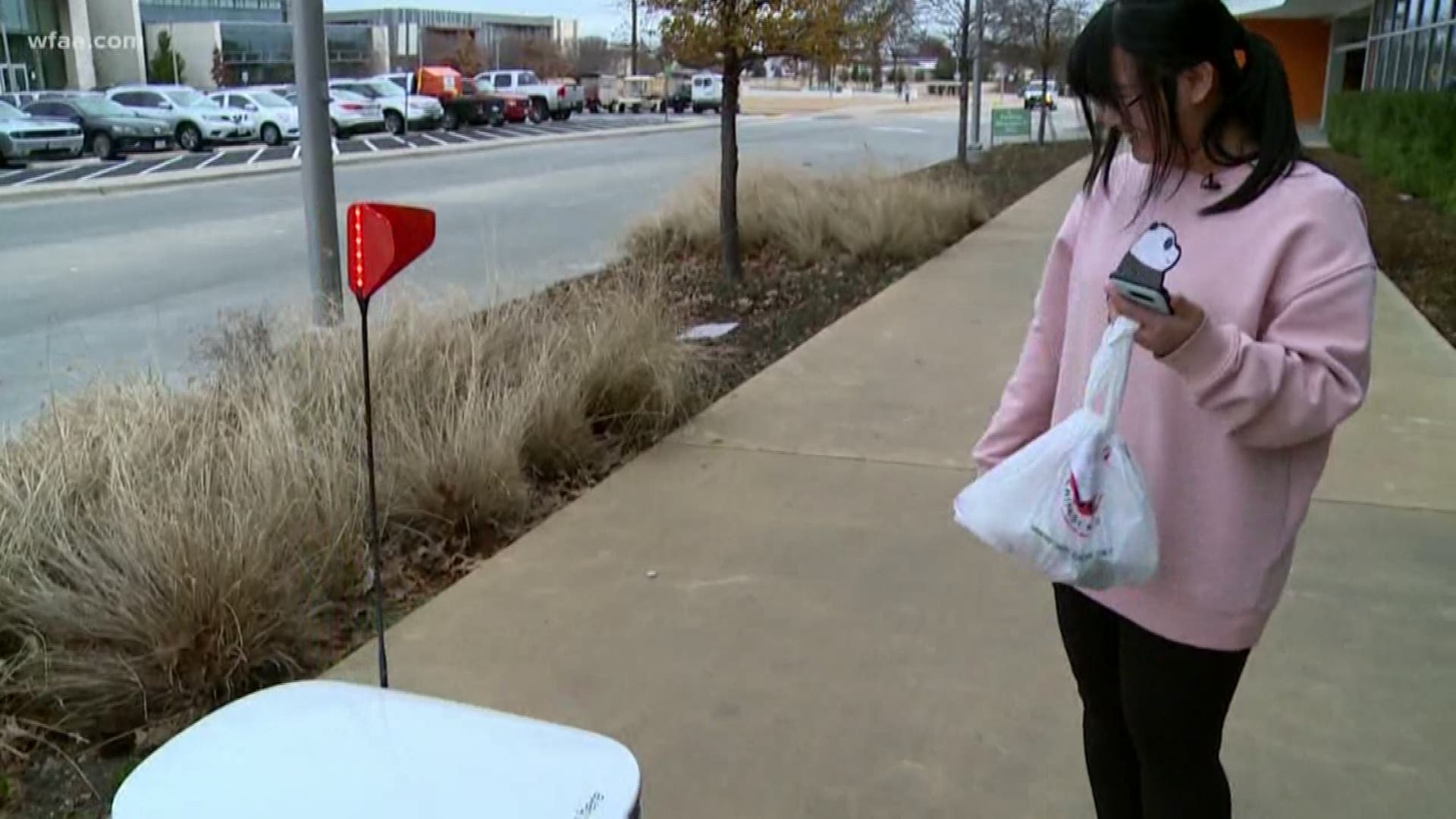 DALLAS — If you’re a hungry student at the University of Texas at Dallas, a good meal can seem so far away. Especially when it is so far away.

“I work on the north side [of campus] and have to walk all the way across campus just to get food,” said one staff member.

It used to be that getting lunch could take more than an hour.

There are now 30 fully autonomous robots delivering food all over campus.

“UT Dallas has always been on the cutting edge of excitement,” said VP of Facilities and Economic Development Dr. Calvin Jamison. “So anything that’s exciting and new, this is the place to try it.”

The robots were developed by a company called Starship, and UT Dallas is only the seventh college campus in America to utilize them.

They can climb curbs, cross streets and deliver your food in 30 minutes. Once robots arrive, users simply punch in a code to unlock it and grab their food.

Before the robots, there was no food delivery on campus. So, not only has it brought convenience, it’s brought jobs.

Students maintain the robots, clean them and care for them.

Quite literally care for them.

“It’s kinda like a puppy I would say, as it comes up to you and speaks to you after you get your delivery,” said one staff member.

Yes, the robots do talk.

The program has been so successful it may soon pave the way for things like robotic cars.

Because, as UT Dallas knows all too well, once you get a taste of the future … you’re hungry for more.