Robert Nishiyama has been playing every night since the pandemic began 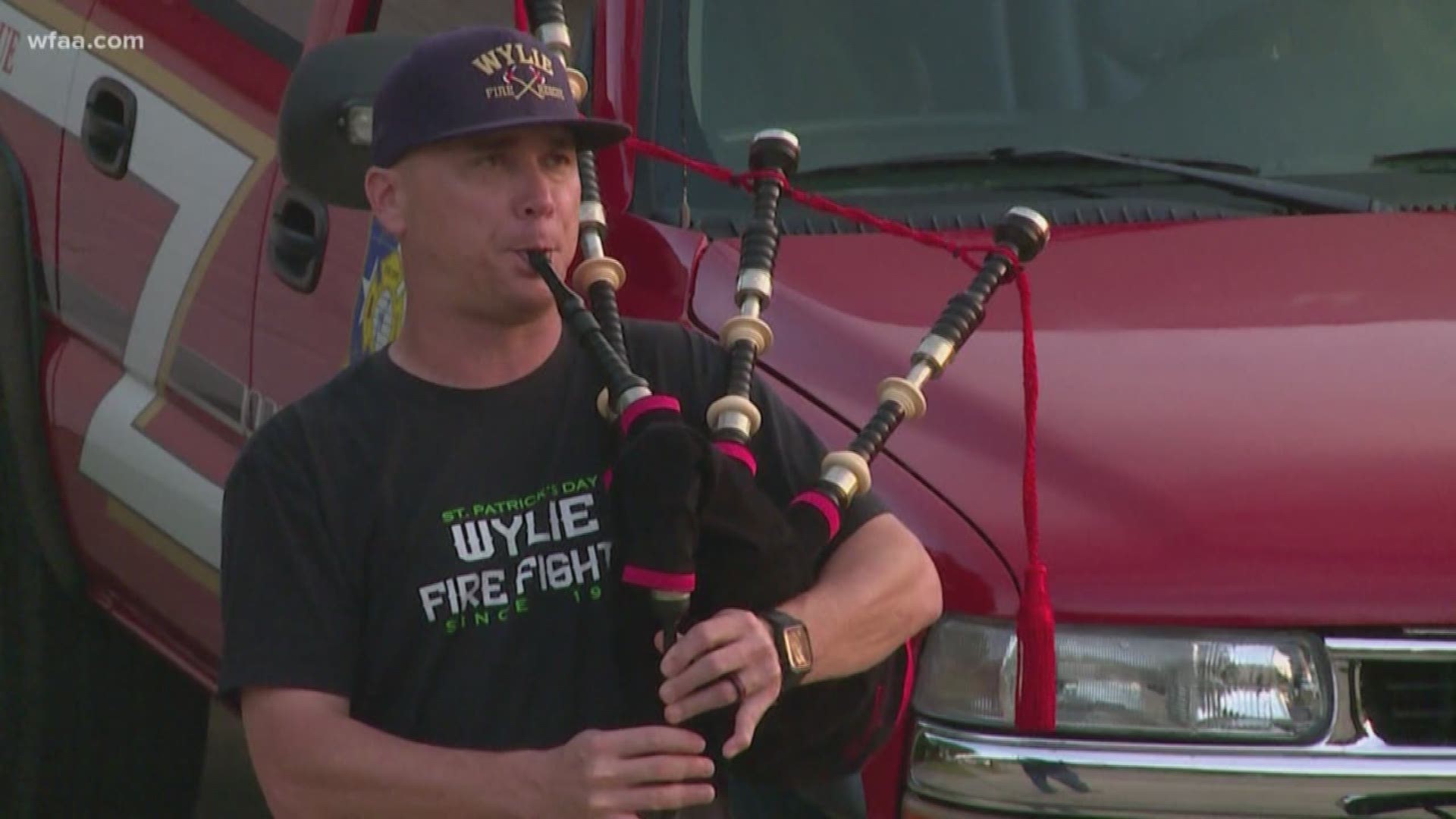 Even back in the 1990s, when he was serving four years in the Marine Corps, Robert Nishiyama knew what he really wanted to be was a firefighter. In fact, while stationed at Camp Lejeune in North Carolina, he chose to live next door to the local fire station so he could volunteer in his free time.

But, if the coronavirus has taught him anything it's that the marine in him is still ready to serve.

"That's the truth," Nishiyama said. "Once a marine, always a marine."

That's why, every night, as the sun goes down, Nishiyama marches to the end of his driveway and issues a call to arms.

With bagpipes in hand, he spends about 15 minutes playing tunes that reverberate throughout his neighborhood. He says bagpipers all over the country are doing the same. It's a movement they call "Sunset Solidarity" and they plan to play every night at sunset until the pandemic is over.

Credit: Sean Giggy
Robert Nishiyama, captain of Wylie Fire and Rescue, plays his bagpipes as the sun sets over his neighborhood. Nishiyama has been playing every night during the coronavirus pandemic.

Throughout history, Nishiyama says bagpipes have led warriors into battle as a way to inspire confidence and signify unity. Doing it in his driveway is his way of showing those on the front lines, including fellow first responders, that they're in this together.

But his performances aren't only for essential workers. He also does it for his neighbors, who now appreciate it as much as anyone.

As soon as they hear Nishiyama start, they stop to admire what he's doing.

"When someone sees that there's somebody out there playing every single day, that's not backing down, I would think that would instill a little bit of confidence," he said.

A virus no one can see may, at times, seem like an impossible enemy, but people like Robert remind us that we can and will get through this battle together.