One employee in the hospital tells co-workers via Facebook Live: "If you really feel unsafe, don’t go to work." 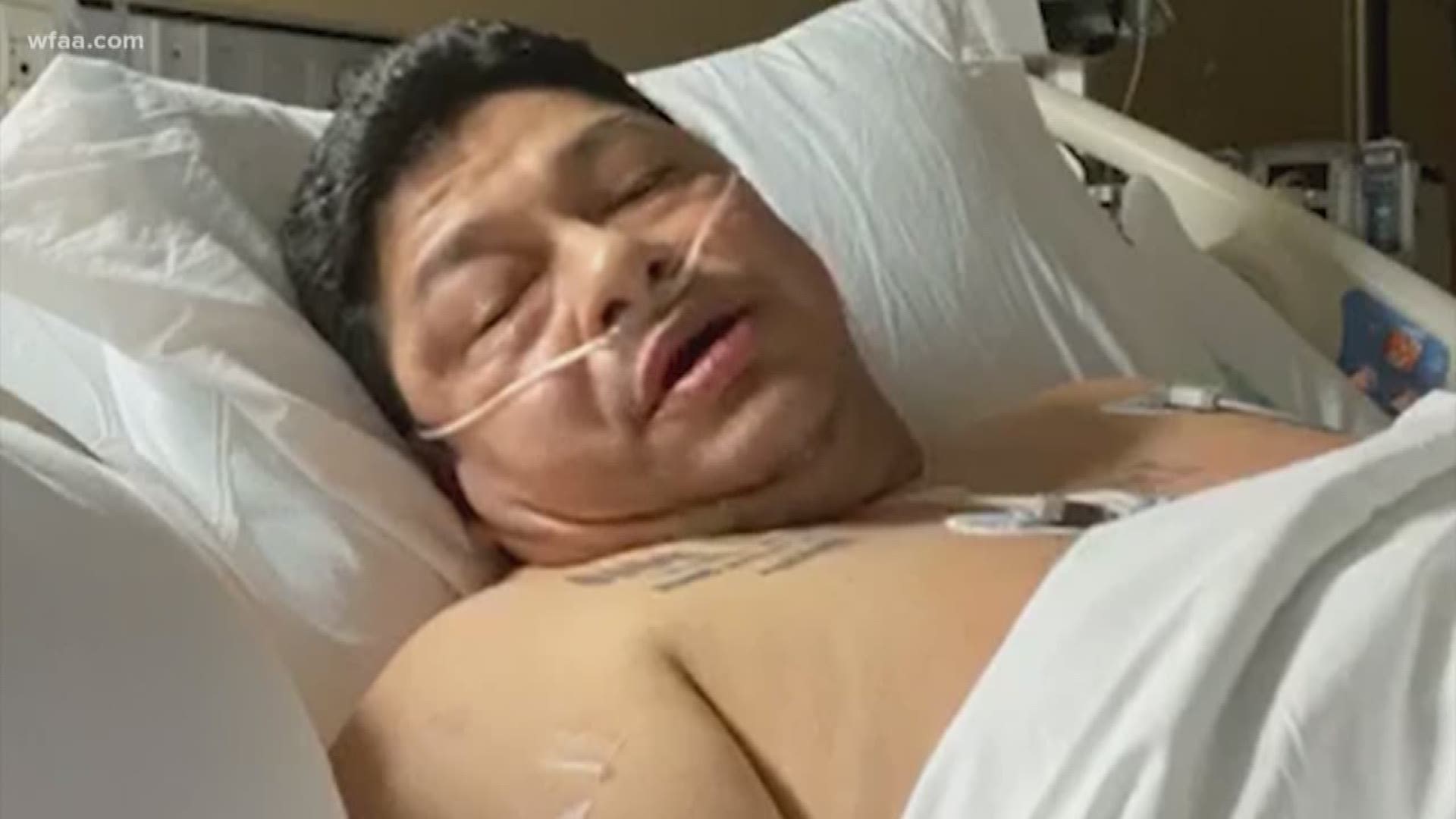 FORT WORTH, Texas — As he battles COVID-19, alone in an Arlington hospital room, Anthony Melchor wants those watching on his public Facebook page to know his faith is strong.

“I know, I’m going to be alright because I’m the son of the most high God,” Melchor said in a Facebook Live video posted at half-past midnight Tuesday.

Also in the video, which has more than 11,000 views, admits he’s concerned for the safety of his co-workers.

Melchor works as a coater at Lockheed Martin in Fort Worth. The defense contractor, and Tarrant County’s largest employer, is an essential business in a pandemic, continuing its sensitive national security work — some of it, in close quarters.

RELATED: Lockheed Martin employee dies after being exposed to COVID-19

“We build an aircraft to protect and defend this country,” Melchor said. “You would think they would protect the very people that build it.”

And Lockheed says one employee died over the weekend after reporting they were exposed to coronavirus from someone outside the company.

For those who remain, even wearing masks, physical distancing isn’t always possible, the company said.

“We have expanded break areas, staggered lunch times and increased telecommuting to reduce overall population on site,” spokesperson Kenneth Ross said. “We believe we have adjusted workflow where possible within production operations to decrease the number of job tasks that require less than six-foot separation between employees doing simultaneous tasks.”

Jen Escobar started a change.org petition urging Lockheed to shut down for workers’ safety, including her husband’s.  As of late Wednesday, the petition had gathered just over 5,000 signatures.

“Him going to work scares me,” Escobar said.

Melchor said in the Facebook Live video he is thankful no else in his family has symptoms. He just doesn’t want any more of his Lockheed co-workers to get sick too.

“Do what’s morally right, sanitize your work area,” he said. “If you really feel unsafe, don’t go to work.”