How tragedy brought two football moms together: 'God has chosen your family, your son, to save lives'

An eighth-grade football prodigy taken far too soon, and the NFL superstar and his family who helped pick up a family in pain. 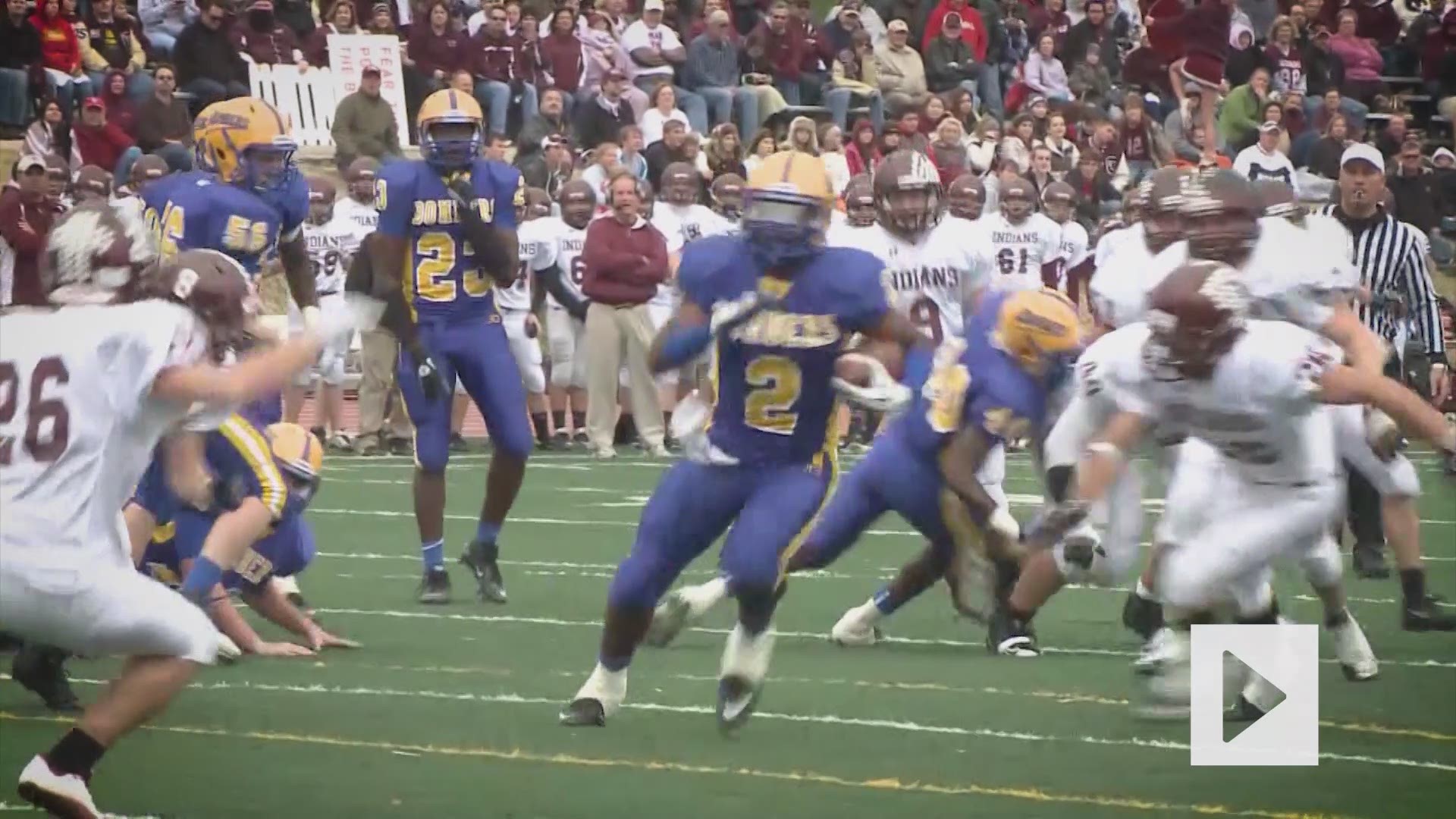 ARLINGTON, Texas — Jaylon McKenzie had it all.

The unmistakable skill. The wider-than-Broadway smile. The inimitable swagger of a young man who knew he was going places.

Written up in Sports Illustrated at just 13 years old as a soon-to-be NFL player who would "rule the future of sports," McKenzie had college recruits salivating over his skill set.

But a Saturday night in early May stole Jaylon's brilliant future and shattered his family.

On Sunday night at AT&T Stadium, Dallas Cowboys running back Ezekiel Elliott and his family had special guests joining them in the end zone suite where Dawn and Stacy Elliott watch their son play every Sunday. Sukeena Gunner, her husband Otis, and their oldest son Brandon took in the game from the field level, watching as their favorite team played against the Minnesota Vikings.

After the game, they met up with the man who paid for their son's funeral.

Sukeena Gunner remembers every last moment -- from the time she picked up Jaylon from a school dance, until the last time she laid eyes upon her son.

"He and his date wanted to go to this party," Sukeena recalls, "And I asked 'Where is the party?' His date showed me on a flyer, and I said 'No, you can’t go to that party. It’s dangerous out there, you can’t go.'"

Sukeena brought her son home, where he then told her they had different plans, to just go hang out with some friends. Unfortunately, those friends had similar plans.

"I asked one of his friends where they were going, and he said 'Oh, we're gonna go to this party.'  And I said 'No. Don’t take my son to that party.'"

"And that’s the last time I saw him."

Jaylon McKenzie's talent was truly remarkable. He would dominate even when competing against the best talent in the country. He caught five passes for 161 yards and two touchdowns in the NFL's 8th Grade All-American Game in Canton, Ohio in 2018. And he had Division I college offers on the table when he was just 14 years old.

"It was breathtaking to see a kid so young be so talented and so passionate about what he does," Gunner said.

"His talent was just unbelievable. God blesses you with so many talents. I see so many talented people," she said. "And my son was one of them."

Jaylon hadn't seen a day of high school, yet he already had scholarship offers from Missouri and Illinois. The Illini offer came just six days before his death.

“I don’t even think it was an hour later," Gunner says, holding back tears as she recalls the moments after she dropped her son off with friends. "My oldest son called, and said 'Mom, Jaylon’s friend is trying to get in touch with you, has he called you? Something’s wrong with Jaylon.'"

“I started shaking, and I called Jaylon’s phone. And he didn’t answer, but his friend answered.  And I said, 'What’s going on?' He said, 'Jaylon’s been shot.'"

"And at that moment, I just started to scream.”

"I was in tears because nobody asked him to do it," Dawn Elliott said. “He just wanted to take a load off of them. She reminded him of me, you know, taking her child everywhere, all over the country, for them to compete.”

After Jaylon's death, Elliott reached out to Jaylon's family through an old youth coach and offered to pay for Jaylon's funeral.

"It meant everything," Sukeena Gunner said. "It meant everything. There were a lot of kids that lost their lives [in St. Louis] this past summer, and some parents had to worry bout how they were going to bury their children. For Ezekiel to take that burden off of me, during this devastating loss, it was amazing."

When Elliott met the family this past summer, just weeks after Jaylon's passing, he invited them to a game at AT&T Stadium.

"We were already Cowboy fans," Sukeena said. "And it just made us even bigger fans. Not just of the Cowboys, but of Ezekiel."

So on Sunday, they sat just yards away from the action, soaking up every moment of a primetime NFL spectacle — something they had dreamed of doing on a weekly basis, as little as six months ago.

"I guess this is as close as I’m going to get to the NFL now," Sukeena said. "Sitting with her, and watching Ezekiel."

The healing process is still miles from over for Jaylon's family.  The tears and the pain are still prevalent, often resting just beneath the surface. But a weekend like this means something.

"A lot of people look at athletes as just being these millionaires," Sukeena said. "But athletes really do have a big heart, and they’re very impactful to their communities. Ezekiel has been an impact to my community, and to my family."

"And my son as well, has been an impact to the community, and to us as well. So they kinda share the same impact, but just in different ways."

That impact will be felt in St. Louis, North Texas, and beyond, as word continues to spread about gun violence, and Jaylon's senseless death. Wristbands worn by friends and family, athletes around St. Louis, and many, many others serve as a reminder of Jaylon's resonance.

Stacy Elliott perhaps said it best, as the families stood in their seats before kickoff on Sunday night.

"God has chosen your family, your son, to save lives."

An indelible legacy for a young man who earned it.