"We don’t have any day devoted to recognizing and thanking those millions of people who made it possible for us to prevail" in World War II, said John Luckadoo. 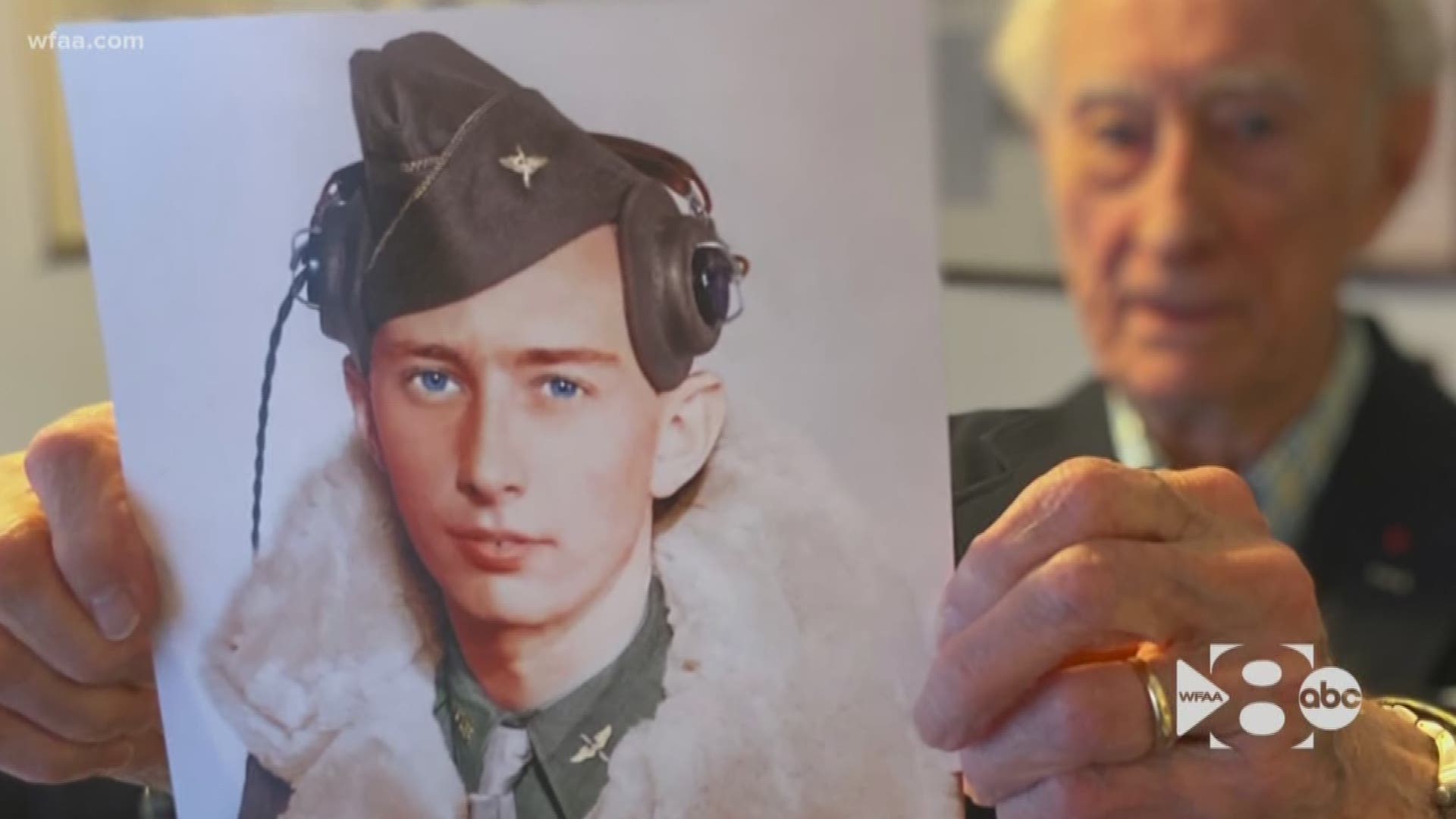 DALLAS — For more than half a century, he couldn’t discuss the terror he experienced.

“It was too painful,” said retired Maj. John Luckadoo of the U.S. Army Air Corps.

Luckadoo, now 97 and living in Presbyterian Village North, is the last surviving B-17 pilot from the 100th Bomb Group. It was nicknamed the Bloody Hundredth because so few men survived the flak and fighters during bombing runs over Germany.

The requirement was to fly 25 missions and for almost a year, Lucky dared fate.

“Statistically, it was impossible,” Luckadoo said. “Our average was actually only four missions. If you actually survived after the fourth mission, you were on borrowed time.”

Somehow the only injury he suffered was frostbitten feet from piloting un-pressurized planes.

“Both feet were frostbitten and frozen to the rudder pedals,” he said. “I had the nose blown out on one mission and sat there for five and a half hours in this icy blast and when I landed, I had to land with my heels on the rudders to get it on the ground. They had to chip my feet loose and take me to the hospital for 10 days.”

But Luckadoo doesn’t want this to be a story about Veteran’s Day. His last mission in life is to get a national holiday for homefront heroes: the Rosie the Riveters and people like Dorothy Bolden.

“I hadn’t even thought about it. And I think a lot of us don’t think of ourselves as being a hero,” Bolden said.

Bolden, 93, was a telegraph operator for Western Union and worked the afternoon shift, which, she said, often received the casualty telegrams.

“I knew some of the people that were there, and when they would come in, I would think, 'I really don’t want to give them this message. I really don’t want that message to go out to them, particularly if they were MA – Missing in Action or were killed,'” Bolden said.

“We have Veteran’s Day. We have Memorial Day. We have Fourth of July. We don’t have any day devoted to recognizing and thanking those millions of people who made it possible for us to prevail,” Luckadoo said.

That’s what keeps him busy now at 97. To what does he owe his longevity?

A seasoned bomber pilot, this Veteran’s Day he's raising a glass to the heroes he says the country has overlooked for too long.