Only 30 children have been diagnosed with this rare genetic disease. Why are they coming to Dallas?

A UT Southwestern scientist hopes gene therapy can treat rare diseases. His work could lead to breakthrough treatments for Alzheimer’s, autism or schizophrenia. 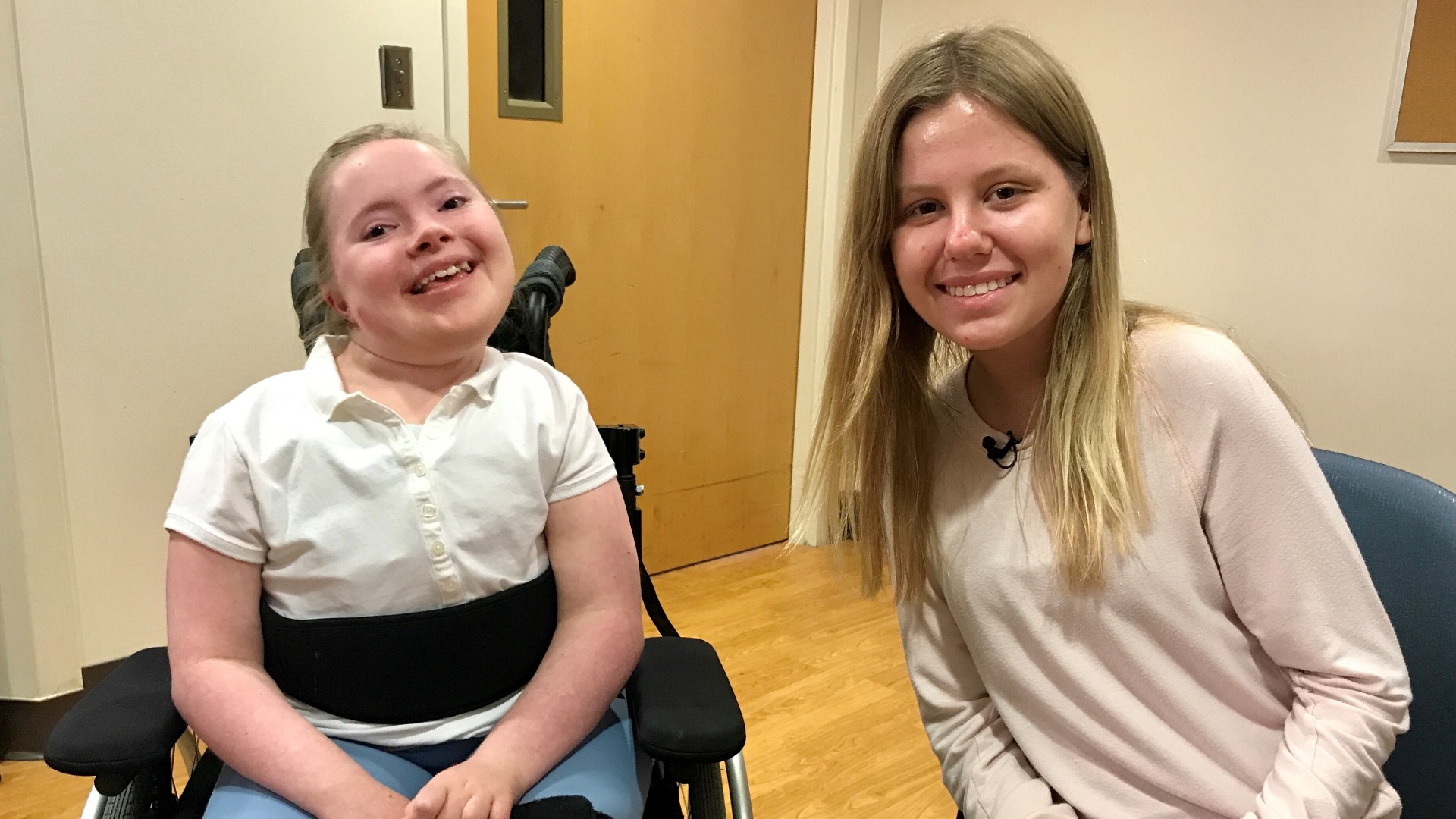 DALLAS — How far would you go to save your child from a rare genetic disease with no known cure and no real option for treatment?

“I have three kids and I’d go to the end of the earth for them,” said Steven Gray, associate professor of pediatrics at UT Southwestern Medical Center.

Our tour of Gray's lab was the first, and likely only, time outsiders will ever be given access.

“Nobody will be allowed in here without being qualified or gowned up appropriately,” he explained. “It’s a sealed HEPA filter facility.”

Inside the facility on the UT Southwestern campus, Gray will manufacture a virus that will be injected into children.

The virus doesn’t replicate or spread or cause any sort of infection.

It has one specific purpose: to deliver missing DNA, in the hopes of treating rare diseases caused by DNA’s absence.

“The simplest way I can explain what we do is children are born, they have a defect where they’re missing a gene, and we put it back,” he explained.

“Literally hundreds of trillions of virus particles carry the DNA and will go across a nervous system to bring the DNA into the cells where it’s missing and then it permanently fixes things,” he said. “Then, it’s really treating the disease at the root of everything that’s wrong.”

One disease Gray will tackle in his lab is often described as ALS, or Lou Gehrig's Disease, in children.

“They’re going to lose control of their legs, lose control of arms, and basically move to being essentially in a quadriplegic state,” Gray described. “It’s ultimately fatal by the second or third decade of life.”

It’s called CMT4J and Talia Duff, 13, of Boston, is currently battling the disease.

She learned to walk and dance as a little girl. She was growing and gaining independence, but that progression stopped a few years ago.

Instead of gaining strength with age, Talia started to lose it. She is now in a wheelchair.

Her CMT4J is not as far along as Talia's, but each day is a battle.

“You have very bad balance and a lack of coordination,” she said, "so I fall a lot.”

Her family worries about the future.

“The progression is just the unknown,” said Kinley’s mother, Sabrina. “You just don’t know when it’s going to progress.”

Only 30 kids in the world have CMT4J.

Recently, on the campus of UT Southwestern, two of them - Talia and Kinley and their families, came face to face for the first time.

“It just makes you feel not so alone,” said Jocelyn Duff, Talia’s mother, “And I think it’s pretty special for both Talia and Kinley for that same reason.”

“Our researchers are often asked why we should care about a disease that’s so rare,” Jocelyn said.

“It’s really those rare diseases that are the guinea pigs for more common diseases. So these clinical trials are critically important for teasing apart what gene therapies might work for what diseases.”

Because they’ve been given such a grim prognosis – and because no treatment currently exists – these parents are willing to take great risks that could return remarkable results.

“If we can do this for these rare diseases, then we can move on and expand the treatment to things like Alzheimer’s, autism, schizophrenia, epilepsy – things that are very common,” Gray said.

Gray doesn't aim to cure diseases, he said. His goal is to stop a disease's progression.

“Cure is a four-letter word for me because it sets some expectations, but I think we’re looking at a comprehensive treatment for some really devastating diseases,” he said.

“Sure, the science is cool. I’m a scientist. I love the curiosity and the problem solving but seeing what the families go through – they’ll never quit and they feel like my kids.”

Gray hopes to begin clinical trials on about eight different rare diseases in early 2020. He hopes to have about a half dozen kids in each trial.