The death of the American mall

What happened to malls in North Texas — and America? It's not as simple as blaming everything on Amazon. 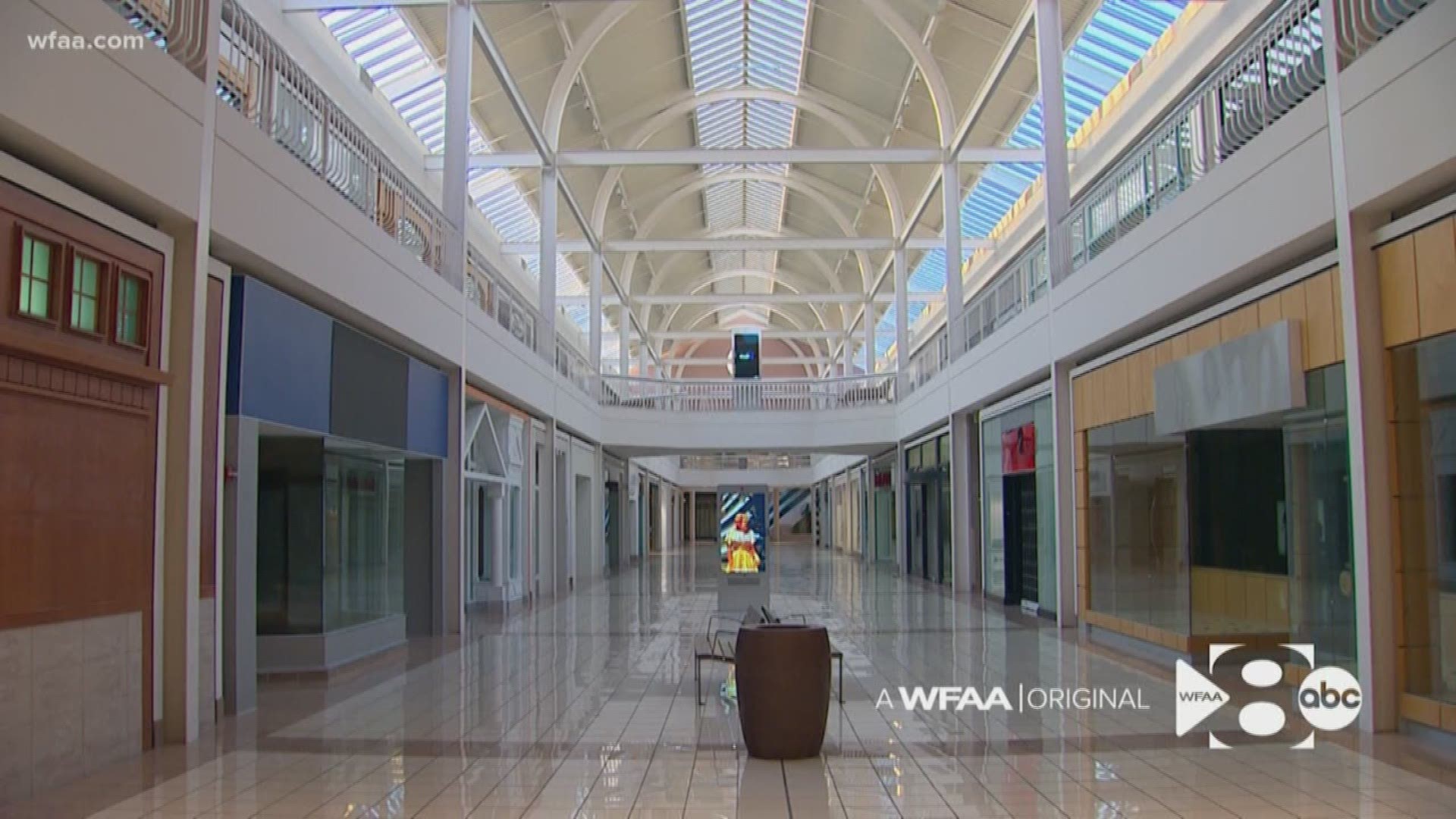 DALLAS — If going to the mall is an experience, imagine having 27 years of that experience.

As a security officer, Sam Yancey knows the Collin Creek Mall very well. He tells WFAA that he loves to stand at the food court on the second floor. He says it gives him the best view of the entire mall.

He's been at Collin Creek during the good and the bad. During the '70s, '80s and '90s, the halls of the mall were like our highways. Many people who frequented the mall say Collin Creek Mall was "the spot" for many residents living north and east of Dallas.

It is now just a building set to be demolished.

The vendors have gone. The empty escalators only take you to an emptier floor.

Ten miles from there is another mall that succumbed to a similar fate. Valley View Mall is slowly being demolished to make room for Dallas Midtown.

RELATED: Mayor Rawlings says Valley View redevelopment will give Dallas 'option to compete with suburbs in the north'

"It went through different stages of dying," said one resident who walked into Valley View Mall in North Dallas.

Another casualty of the times.

Taking a tour through its depths will give anyone an eerie feeling. Scott Beck remembers when he was young and would come to the place for the arcade. Beck is now a real-estate developer with Beck Ventures. His company is responsible for the next transformation of the mall.

"The enclosed mall was a function of the suburbanization of America," said Bernard Weinstein, an economist with the Cox School of Business at SMU. Weinstein says it was a product of the '40s and '50s. So what happened?

Weinstein says the answer is not as simple as blaming it all on Amazon. Surely, online sales took off and big anchor stores died out. But he also says consumers now are more distracted.

"Going to the mall was an experience," Weinstein said. He said younger generations are now trading in that experience for their phones and video games.

And if you dive deeper, you learn that America was over-malled. Especially in North Texas, there were a good number of enclosed malls still standing and within close proximity of each other.

"There were four malls within a five-mile radius," Beck said.

Weinstein would call it over-retailing.

"We have more than twice as much retail space per capita than the average of all industrialized nations," he said.

Malls started to struggle once they began competing for a smaller segment of the population. Beck says he saw it first-hand at Valley View Mall.

"All of the major malls started getting de-tenanted because they just couldn't absorb the rent," he said.

What is left are strands of an outdated business model. Some malls turned into former malls like Big Town in Mesquite. Some malls are in transition like Red Bird. Valley View and Collin Creek are getting total revamps.

At Collin Creek Mall, Mehrdad Moayedi of Centurion American says he has plans for restaurants, mom-and-pop stores, underground parking, residential units — even a crystal lagoon with a sandy beach.

RELATED: Developer hopes to bring Collin Creek Mall back to life: 'If you build something really special, people will come'

At Valley View, Beck said that the plans for the 70-acre parcel bring massive potential to the Dallas Midtown area. Beck has partnered with Life Time to offer a village based on healthy living.

Instead, they are building mixed-use districts. Places where you can live, work and play — all in one place.

This is not just about malls dying. It's also about their rebirth.

"Gives you a chance to make some new memories," Yancey said.