Developer hopes to bring Collin Creek Mall back to life: 'If you build something really special, people will come'

Developer Mehrdad Moayedi has grand plans for the slowly dying Collin Creek Mall. If all goes as planned, the project will break ground as early as July. 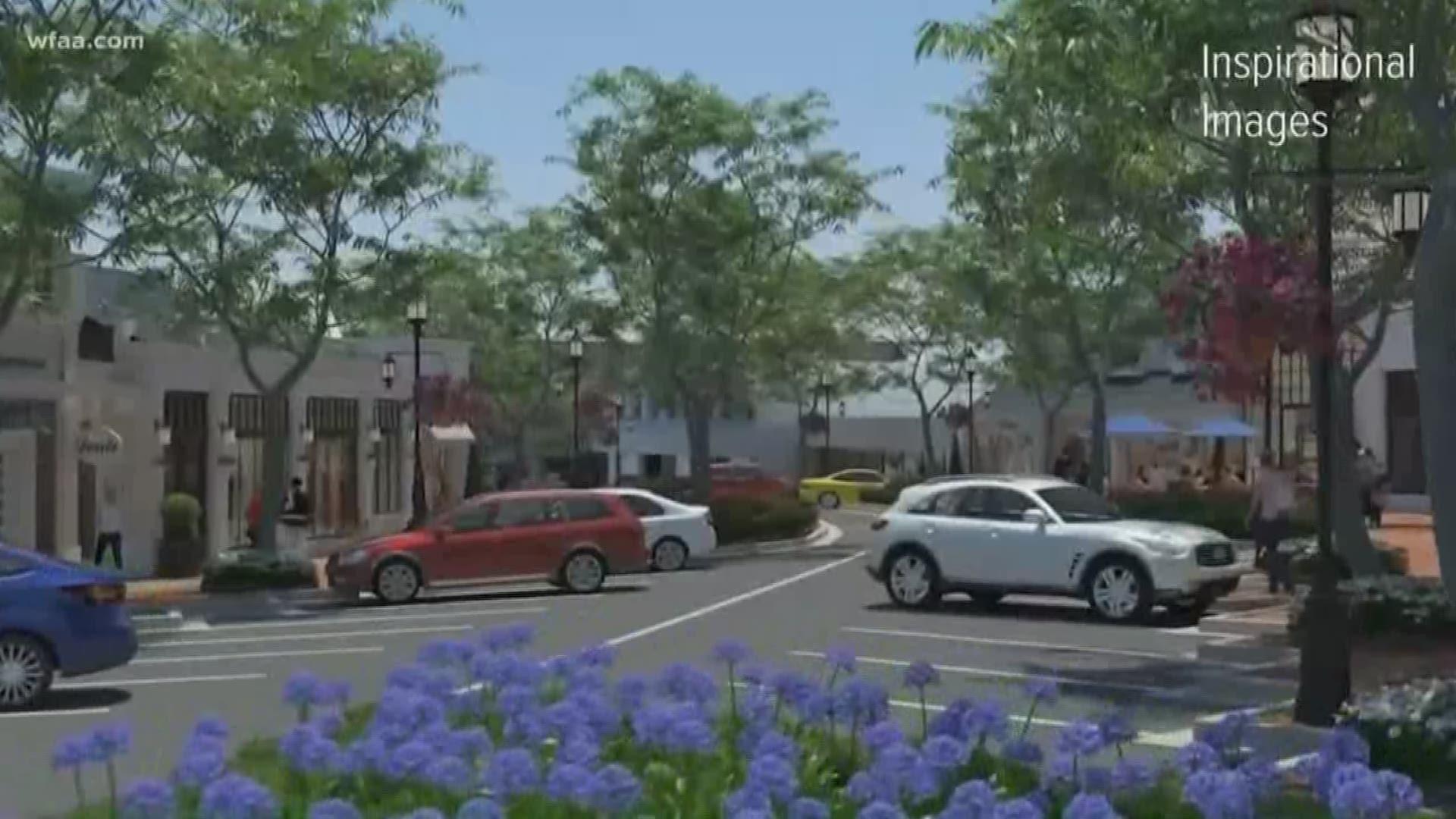 PLANO, Texas — If you need evidence whether buildings have life spans, look no further than the Collin Creek Mall in east-central Plano.

It first opened in 1981 and was the hotspot in the '80s and '90s. What happened to Collin Creek is not unique. Amazon and online stores have made this mall concept very difficult to sustain.

"This is the first time I've been here in 15 years. It's crazy to see the way it is now," Jeff Goldin said. Goldin said that he used to work at the GAP at this mall,and things were starting to die down even then.

But this is not a story about the slow death of a mall, but rather, the vision Mehrdad Moayedi has for this location.

"Our vision is that if you build something really special, people will come," Moayedi said. He, along with his company Centurion American, sees promise in the area, next to a heavily trafficked Highway 75 and other major thoroughfares.

"They have great memories of this thing. I've had ladies come and tell me [they] used to play soccer on that land before it was built. So there is a lot of history there," Moayedi said.

Moayedi has plans for restaurants, mom-and-pop stores, underground parking, residential units — even a crystal lagoon with a sandy beach. The box stores that have been empty a while will have to come down.

"The main body of the mall is going to stay there. But we're going to cut through the middle of it to the point there is open air going through the center of the mall," he said.

First, the project has to go through the city's planning and zoning committee. If all goes well, the project will break ground in July and will be complete by the end of 2021.

About three months is all that is left for the remaining stores who have held on. After that, the mall may become the newer retail/living concept that this side of Plano may need.