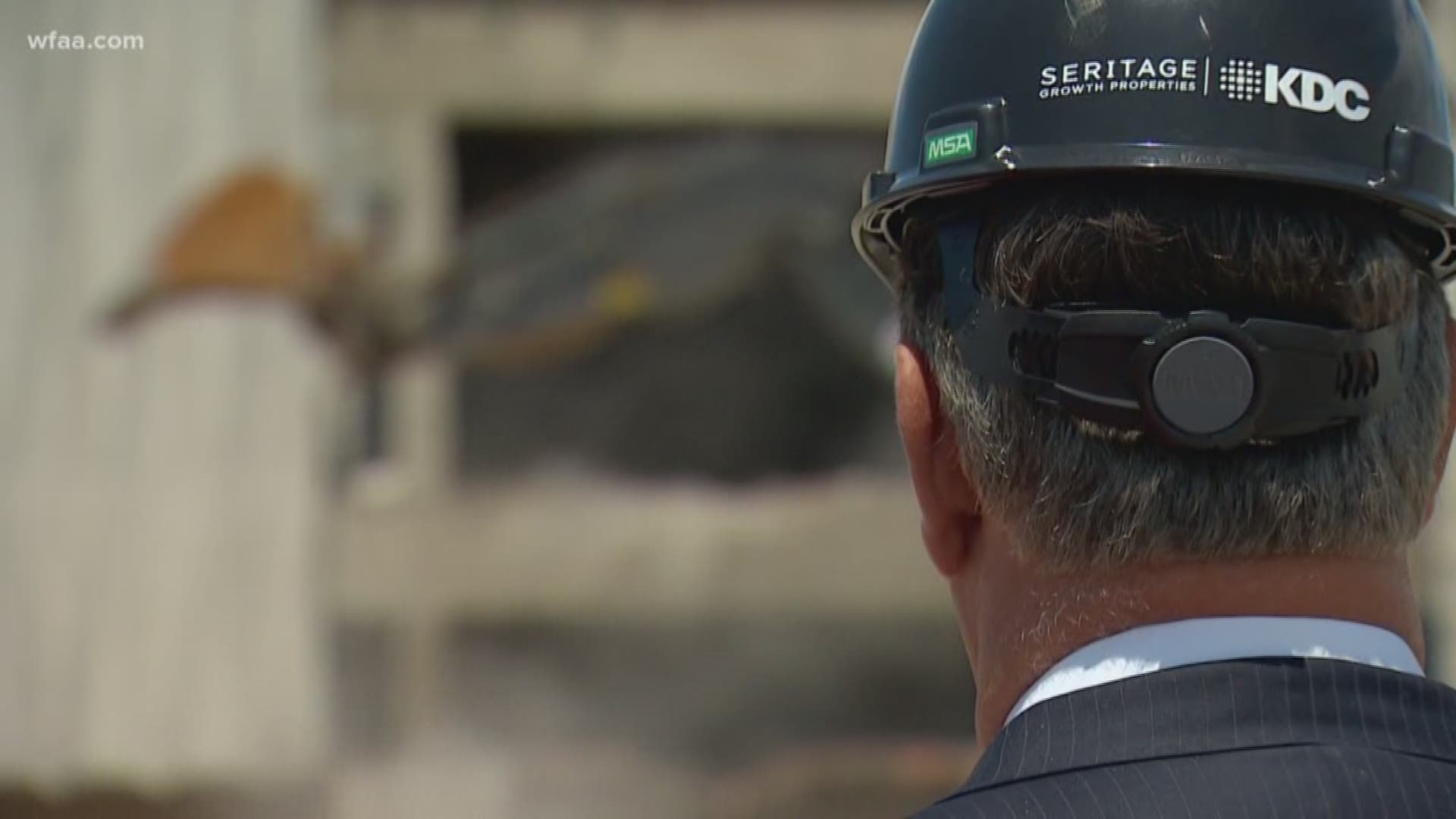 As demolitions go it wasn't the most exciting or explosive. But as an excavator began tearing away the concrete facade of the old Sears building at the old Valley View Mall on Thursday it signaled what developers hope will be explosive growth for the re-imagined 22-acre site.

"Dallas does well when we focus on excellence," said Dallas Mayor Mike Rawlings. "And that's what this is going to be."

Park Heritage is destined to become a mix of high-rise buildings with nearly 1.8 million square feet of office space, 300 luxury residential units, and a retail and entertainment space around a 3-acre park.

"We're just very excited about this project and this opportunity," said James Bry, executive vice president for development and construction with Seritage Growth Properties, the master planner and developer for Park Heritage.

"When I came to town I bought my first suit and two ties here at Sanger-Harris," said Bill Guthrey, senior vice president of KDC , a leading developer of corporate office campuses.

He said he shopped at the mall as a teenager, got his first credit card there, got his car fixed at the Sears auto repair shop. Now, standing as an adult at Preston Road and the LBJ Freeway he said he is banking on giving this corner new life.

"Halfway between far north Dallas and downtown Dallas this is a little diamond in the rough that's now deliverable," Guthrey said.

The hope is that they will also deliver a destination, one for Fortune 500 companies and for families looking for a neighborhood and a gathering place to call home. So, that much like the ceremonial gold-plated sledge hammers they brought to the event today, that old Valley View will deliver real estate gold again.

“We are very excited to be part of the transformation of the former Valley View Mall site,” said Charles Elliott, President, Toll Brothers Apartment Living. “The collaboration with Seritage, KDC and other leading developers, will make Midtown Dallas a vibrant new addition to the city.”

Guthrey says that after demolition is complete, construction of the two high-rise office buildings should be on track to begin in 2020.